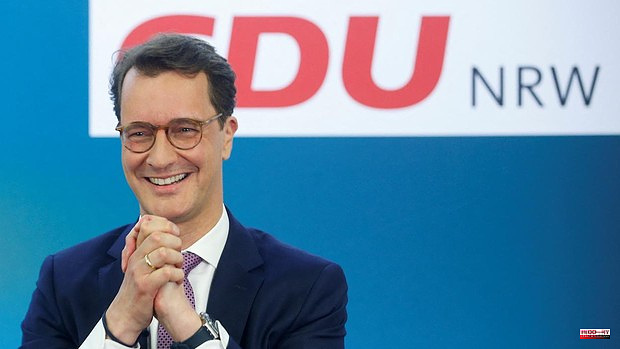 A week ago. The German Christian Democrats (CDU) achieved a resounding victory in the Schleswig Holstein regional elections with 43 percent of the vote, and this Sunday they swept North Rhine-Westphalia, the most populous of the Bundesländer, with a 35 percent. At the head of the Rhenish Conservatives, Hendrik Wüst repeats victory with an increase of two percentage points compared to the results of 2017 and has referred in his first reaction to a "clear government mandate for me and the CDU in North Rhine- Westphalia”.

The electoral calendar is returning the German polls to the conservative percentages of before the departure of Merkel, when the new government in Berlin, headed by the Social Democrat Olaf Scholz and with the support of the Liberals (FDP) and the Greens, has only been in office since January.

"The CDU is back, our progressive course has been confirmed," CDU federal leader Friedrich Merz tweeted.

The SPD loses 3.7 percent in North Rhine-Westphalia and remains at 27 percent, a result "well below our expectations", as Thomas Kutschaty acknowledged in his first appearance. “We can try to form a government as runners-up,” said the general secretary of the SPD, Kevin Kühnert, although the Minister of Health, also a Social Democrat Karl Kauterbach, immediately stopped him, recalling that “this is not the time to speculate about what government are we going to form but to reflect on the fact that we are the losers and we must humbly wait to see how the first negotiations develop». Lauterbach alludes to the worst regional historical result.

While the Greens improve their result to 18.4 percent, the SPD pays the bill for early attrition, a trend that can also be seen in polls at the federal level. If there were a general election in Germany this Sunday, the CDU could command 26 percent of the vote and the SPD 23 percent. The Social Democratic advantage is undone and Scholz's party is only 2 percent ahead of the Greens.

The polls point to the discontent generated by the management of the pandemic and show a rebound in the chancellor's reputation for how he is managing, however, the crisis in Ukraine. Criticism of Scholz for not sufficiently supporting the Ukrainian resistance and his reluctance to send heavy German weapons is considered by 70 percent of those surveyed as "unjustified". Even 63 percent of CDU voters find Scholz's position on the matter "appropriate."

But at the polls, it is the Greens who are taking the revenue from this policy, because their two most prominent ministers, Foreign Minister Annalena Baerbock, and Economy and Climate Minister Robert Habeck, have become omnipresent and replace Scholz both in presence and in media exposure. They have become the two most valued politicians in the country and the Greens are celebrating the result in North Rhine-Westphalia as a victory of their own. We achieved the best historical regional electoral result. No government can be formed beyond us, ”the candidate Mona Neubaur cheered the party at the Düsseldorf party headquarters.

The formation of a regional government coalition allows multiple possibilities and we will have to wait for the negotiations, but a recovery trend of the CDU is noted with marks even above those scored by its new leader and Merkel's successor, Friedrich Merz.

«Merz lives in two worlds: in the world of companies and the media he is known and respected, but in the one where elections are won, that of working women, young people and the trade union environment do not notice him and, if they do it, they don't like it too much", explains Gabor Steingart, editor of 'The Pioner', "that is why the discontent with the 'traffic light coalition', the result of the pandemic and inflation above all, does not give all the revenue it could to the CDU. Scholz feeds into this indifference and, when he wants to consult before a talk with Putin, he keeps calling Merkel instead of calling Merz, even though he keeps the CDU promptly informed of his every move. "You have to analyze very carefully, the victory in Schleswig-Holstein is attributable, for example, to a wing of the party other than that of President Friedrich Merz," notes 'Die Welt' analyst Thomas Petersen, "and its meaning may it is that the CDU should change course in Berlin, because the ones who are winning elections are the charismatic candidates».

1 Alavés says goodbye to Primera and Real secures the... 2 Soporific draw between Getafe and Barça and everyone... 3 Xavi: "The result favored us but talking about... 4 125 years of Catalan mutualism, a "miracle of... 5 MLS: No master between the Revolution and Atlanta... 6 The fall of Racing 92, PSG hand in the Cup final and... 7 Honext seeks to raise twelve million and will open... 8 Alavés descends and Cádiz enters the danger zone 9 Lunin disguises himself as Courtois 10 Xavi: 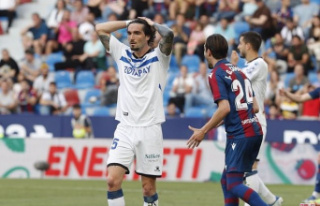 Alavés says goodbye to Primera and Real secures the...