David Ramos, professor of Geography at the University of Salamanca, dismisses as "reckless and serious error" the "unfulfillable" promise made by the Canarian Government not to protect the lava flows and that it would be rebuilt on the new badlands. 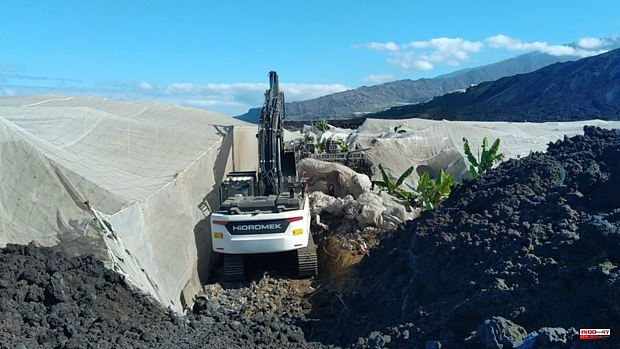 David Ramos, professor of Geography at the University of Salamanca, dismisses as "reckless and serious error" the "unfulfillable" promise made by the Canarian Government not to protect the lava flows and that it would be rebuilt on the new badlands. This is what the palmero geographer has expressed in the framework of the La Palma Opina forum.

For the expert, a large part of the flows from the recent eruption will receive protection from volcanic risks such as gases, high temperatures, among others, and in some places they could last for many years and even hundreds of years, in addition to the resulting geological formations (caves, jameos...). The geographer David Ramos believes that, with scientific arguments in hand, it will be necessary to give protection to an important part of the new badlands and it will be a decision that will cause "enormous frustration in the affected people, because they will feel cheated."

At this point, he insists again that there are indicators that show that it is not safe to occupy the laundry, and that in some places this can last "hundreds of years", for which he reiterates that the president of the Canarian Government, Ángel Víctor Torres, acted with "recklessness" when saying last year that the laundry would not be protected, "something that I can understand that it was said in an emotional context, but due to its responsibility as a government it must be prudent", since not having "reverted" that statement , «in the collective imagination is that laundry can be re-inhabited» in a short time.

"This is going to generate even greater drama for the people," warns Ramos, "and the disaffection will be even greater with respect to" the management of public administrations.

With regard to the immediate help that the affected families need, he believes that in giving them an alternative housing, the Public Administrations are not acting with the speed that provisional solutions require.

From his point of view, container-type housing for those who lost theirs in this catastrophe "could have been a good solution in the first weeks or months after the eruption", but nine months after the eruption began, "it seems like a housing alternative that is going to generate more outrage among citizens”, because if these containers are going to be temporary for three or four years, it is because “they have not well understood the dimension of the human tragedy of losing a home”.

David Ramos has questioned the current participatory process for planning the new territory, considering it a "false citizen participation" and without transparency. Those affected are limited to going to a meeting one day to say whether or not they want to return to the lava, "subjecting them to a dilemma for which they often do not have solid arguments to be able to resolve it," he said.

Instead of that method, maintains the doctor in Geography, "it should be a reasoned and transparent citizen participation in which geographers, geologists, urban planners, architects go to these meetings....and with dossiers on what is going to be done and different alternatives and possibilities; that is the only way to minimize frustrations and for most of the affected people to feel involved in that planning».

Ramos points out that in the documents that have been published on social participation in the planning process on official websites, and which he believes have not been adequately disseminated, "it seems that the occupation of the laundry is beginning to be ruled out, because the new pockets of residential land »for the victims, »are in the urban centers of the three municipalities of the valley and on the edge of the lava flows, plus a stain that seems to be in the Las Norias area«. “If people are not told that, they are going to be surprised when they see that the protection of most of the laundry is being considered,” underlines the professor at the University of Salamanca, who in that sense lacks transparency about the documents that are produced.

Change the volcanic risk traffic light and evacuate the affected population before that weekend in which the eruption began, The university professor of Geography affirms that there are doubts about this decision as to whether the correct thing was done or not in the face of a phenomenon of this type, but he is convinced that the precautionary principle must be followed, "and if there is a scientific possibility that an eruption will occur immediately, we must evacuate."

And in this sense, he believes that "the words" of the regional director of the IGN in the Canary Islands, María José Blanco, in the Parliament of the Canary Islands, "do not leave a hint of doubt", since she testified that the scientific committee warned that the eruption was imminent. The next day he changed his version, in the sense that the word used was not "imminent" but that there was a scientific discrepancy between whether the eruptive phenomenon will begin in hours or in days, something that draws Ramos a lot of attention, because he rectification occurs in a note sent by the Government of the Canary Islands, "so this change does not seem to be supported by the IGN, which is the state body to which it belongs" Blanco, of which, he said, he has a good opinion for its scientific work.

1 New tobacco prices in Spain from this week: this is... 2 This is the new 10 euro coin that enters circulation... 3 Tourist spending skyrockets above 8,000 million in... 4 Notice from Repsol and Cepsa to their customers about... 5 Arsenal signs Gabriel Jesus for 50 million euros 6 Satse denounces that 200 beds will be closed in Castilla-La... 7 Alert of the nurses for the coronavirus in Valencia:... 8 The head of the UEI, in an "irreversible"... 9 The weather in Valencia: double alert for the arrival... 10 'Passive elements' will be installed in... 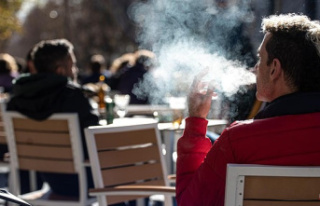 New tobacco prices in Spain from this week: this is...