Although the most common meaning today of the term "parody" has humorous or even derogatory connotations, in the field of music it is a very common technique, especially around the 16th century. 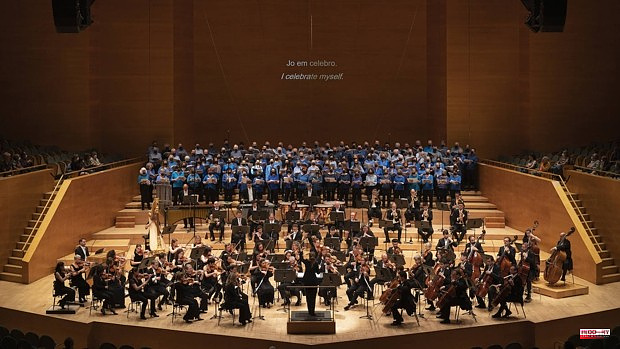 Although the most common meaning today of the term "parody" has humorous or even derogatory connotations, in the field of music it is a very common technique, especially around the 16th century. Broadly speaking, it is an apparently simple procedure: put a new letter on top of pre-existing music. Said like this, it seems that there is no secret, but in the hands of the great composers things change. Bach parodied himself on many occasions, and he did so with works by other authors.

When Raquel García-Tomàs was commissioned by L'Auditori to create a work based on Bach's music for amateur choir and orchestra, the composer considered how she could approach the creative universe of an 18th-century believer from the perspective of a non 21st century believer.

He found the answer in Whitman's poetry (specifically, the 'Song of Myself' contained in his 'Leaves of grass'), and the result has been 'Suite of myself', a work that combines some Bachian melodies with a very interesting reworking by García-Tomàs and texts that appeal to the search for a better humanity from a point of view radically distant from that of Bach, ultimately reaching similar conclusions.

The composition cannot be considered a parody of Bach, because the Catalan only borrows fragments that are useful for her compositional purpose, but some passages do have an almost parodic character, and are particularly striking. It begins with a chorale from the Passion according to Saint John in which Whitman's lyrics challenge us: "Why should I pray?" Later, he reworks the introduction of the same Bachian work, which the Leipzig thought to culminate in a sonorous invocation: «Herr!», Lord! At that point, García-Tomàs plays with the audience, stops the orchestra, and the choir sings: «I celebrate myself and sing to myself».

Curious is also the appropriation of elements typical of phonography, even without using electronics. At various points in the score, García-Tomàs asks the brass players to play with 'vibrato', "like an old recording". This is how Bach sounds throughout the work: like an old venerable presence. A true filigree, which will be worth being programmed on more occasions, especially considering that the composer has taken care that it is at the same time a piece of great orchestral richness and acceptable for an amateur choir like El Cor Canta.

By the way, perhaps we will be able to listen to it directed by batons that make a deeper and more detailed reading. Giedrė Šlekytė left many nuances and effects in the inkwell that were better appreciated in the second screening, through the Auditori Digital platform, than in the theater the day before. The same applies to Bruckner's Third and Bach's concerto, the latter with the aggravation of a soloist, Pavel Kolesnikov, who is great playing alone but does such personal readings that in a work like the one proposed it was unfeasible to understand with the rest of the musicians.

1 The ANC charges against the Winter Olympics: "The... 2 Jean-Luc Mélenchon and the Insoumis defend their... 3 Mélenchon offers the minimum wage at 1500 euros and... 4 Legislative: Jean-Michel Blanquer tries to justify... 5 Legislative: Dubost, Peyrat, Elimas... the majority... 6 A woman in Matignon? Edith Cresson wishes him "a... 7 The Italian Parliament investigates Russian interference... 8 Legislative: after his conviction, the ex-LREM deputy... 9 The resignation of Jean Castex announced by mistake... 10 Macron in the United Arab Emirates on Sunday, Castex... 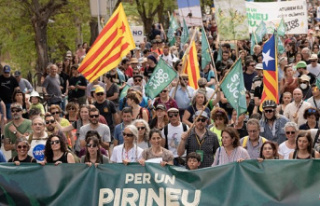 The ANC charges against the Winter Olympics: "The...