García-Page defends the role of autonomies in European funds

The president of Castilla-La Mancha, Emiliano García-Page, defended this Friday in Madrid the role of the autonomies in the management of the Next Generation funds put into circulation by the European Union due to "the tremendous machinery to apply European funds" available to the autonomous communities. 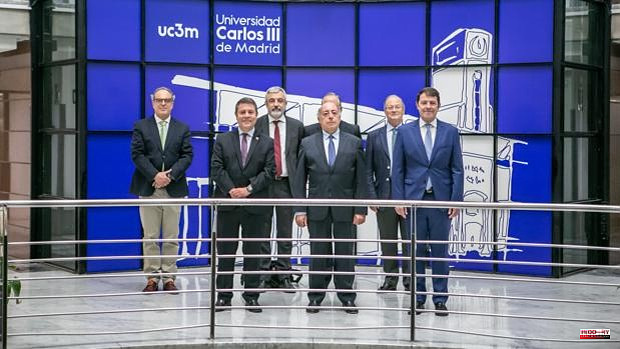 The president of Castilla-La Mancha, Emiliano García-Page, defended this Friday in Madrid the role of the autonomies in the management of the Next Generation funds put into circulation by the European Union due to "the tremendous machinery to apply European funds" available to the autonomous communities.

The regional president made these statements during his speech at the debate 'The Next Generation Funds and the Autonomous Communities' organized by the Carlos III University of Madrid (UC3M), an appointment he shared with his Castilian-Leon counterpart, Alfonso Fernández Mañueco; and with Ciudadanos MEP Luis Garicano.

In this framework, the head of the regional Executive pointed to these extraordinary European policies as "a great opportunity for Spain", although he warned that "it does not mean that they are a panacea", since "the funds are not designed to fix our own national problems. In this sense, García-Page considers that these funds "should not be an alibi for not addressing debates such as regional financing and many others that are pending."

Similarly, Emiliano García-Page predicted that the consequences of the European Union's investments "will be felt in the middle of the next Legislature" and not "tomorrow or the day after tomorrow," he said. Likewise, he valued the "intelligent solution" provided by the European authorities in the face of the negative effects of the health crisis "because first the money has been negotiated and now the conditions are being set, and that takes time," he justified.

"It's a great opportunity if we use it as a lever to change things, not to have the same economy as we have, but more competitive," continued the regional president, who stressed the public-private nature of the Next Generation funds. Therefore, García-Page emphasized that the success of the funds "depends on how governments do it and how the private sector does it."

In García-Page's opinion, "behind the European funds there are no votes, there is a country", for which he believes that "it is a moment to rise up and, together, make the funds useful". For this reason, he insisted on Spain's ability to emulate the achievements of the "80s, with young people infinitely more prepared than then."

In the Hall of Degrees of the campus of the academic institution in Puerta de Toledo, the head of the Castilian-Manchego Government stated that "we are in one of the best stages of the European Union, because the 2007 crisis was about to take the euro ahead » he recalled.

In this framework, President García-Page stressed that "Brexit has been an enormous stimulus for Europe to become aware that the path cannot be backwards". At this point, he praised that Europe "makes a virtue of necessity", something that he "has shown with Covid, with Brexit, and with Ukraine".

1 Inma Sanz, the insurmountable spokesperson for the... 2 Investments of $10 million for the creation of public... 3 Arrested two months after the savage attack on a 75-year-old... 4 Sexual assaults: a class action against the Diocese... 5 A party goes completely wrong at a Laval high school 6 The left intensifies its offensive due to the visit... 7 The enriching experience of broadening horizons 8 Open doors to the university of experience 9 Peugeot unveils its new racing car, the Hypercar 9X8,... 10 Top 14: Racing 92 aims for victory in Montpellier... 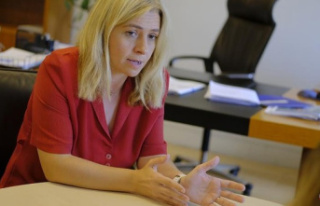 Inma Sanz, the insurmountable spokesperson for the...