The runaway progress of the CPI in the first half of the year and the impact it will have on public spending in the face of the next General State Budgets is no longer just a concern for the Government, which recognizes how this element will be crucial in the configuration of the next accounts , but it has also installed a certain restlessness in the social agents. 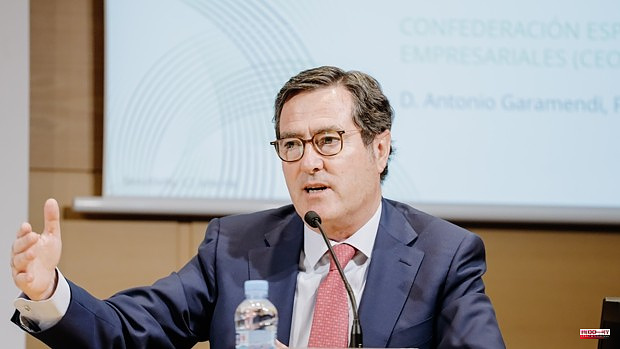 The runaway progress of the CPI in the first half of the year and the impact it will have on public spending in the face of the next General State Budgets is no longer just a concern for the Government, which recognizes how this element will be crucial in the configuration of the next accounts , but it has also installed a certain restlessness in the social agents. These, see how the disbursement of the revaluations planned for 2023 will coexist with a situation of cooling of the economy, shooting the levels of public debt to levels never seen before, of 140% of GDP, with the affectation that it will also have for the rest of the policies.

The president of the CEOE, Antonio Garamendi, who had signed, together with the Government and the unions, the first part of the pension reform approved six months ago in Congress, seems to take charge of this circumstance.

The president of the employers' association demanded this Tuesday in his speech at the Medcap Forum 2022 to give a twist to the agreement reached then, and which entered into force with the force of law on January 1 of this year, given the forecasts of spending overflow public for next year. Only the expected revaluation with a CPI of between 6% and 7.5% -according to the forecasts of Fedea and the Bank of Spain-, will cost the public coffers between 10,200 and 13,500 million euros in 2023.

It is from this perspective that Garamendi demands that the Toledo Pact Commission reassess the recommendation that urges to maintain the purchasing power of pensions, and in which this link by law of the updates to the average inflation caused in the previous year is included. . Not in vain, the request of the president of the CEOE collides head-on with the latest exclamations of the Minister of Inclusion, Social Security and Migration, José Luis Escrivá, on this point by ensuring that the pay of retirees will rise based on the CPI as it is as provided by law.

Specifically, the employer's leader stresses that "the issue of pensions is not only fixed by raising contributions", but that it is a "very serious and very important" issue that should be the subject of a State Pact, for which he calls for studies actuarial studies to see what a measure like linking pensions to the CPI entails.

“There is something called the Toledo Pact and we have to see how many years we have to contribute, when we retire, what is the mortality rate in Spain at the moment and what Brussels is saying is that we have to sit down and see it once serious way. We have to stop elections and sit down to see how we fix very serious issues in this country«, defends Garamendi.

Although the Toledo Pact already included in its recommendations the increase in pensions with the CPI, a measure that was contemplated in the current pension reform and that had the endorsement of CC.OO., UGT, CEOE and Cepyme, the leader business warns that the Toledo Pact "will have to sit down again" to assess this issue.

Otherwise, he said, a problem would arise in Spain regarding the public debt and the costs for the State. «There is a people who is responsible, which is the Spanish Parliament, they are the political groups, it is the Toledo Pact. There is a comment from the EU that is clearly saying that you have to look at it and it is not worth patching it up and saying I do it this way or I do it another way, I have elections the day after tomorrow, I don't," argued Garamendi.

"And I say it in general, I'm not saying if this match or the other. They have to sit down and decide. You have to do a good actuarial study and evaluate exactly how to fix this problem", added the leader of the employers' association, emphasizing that, although the war has influenced the escalation of inflation, that has not been the only factor, and coinciding with the governor of the Bank of Spain, Pablo Hernández de Cos, on the need to avoid second-round effects so that this inflation does not become structural.

"For this reason, an income agreement is not what we were talking about, an income agreement not only means talking about salaries, it means that we talk about pensions, which is not talked about, about the salaries of public employees, which they talk...«, criticized Garamendi. »For example, in the pandemic, ERTE workers were receiving 70% of their salary and officials were receiving 100%: they could have received the same as company workers, who have paid taxes, precisely, so that those services work“, He pointed out as a reproach to the policies applied in recent months.

For all these reasons, the president of the CEOE justifies not having reached a salary agreement with the unions for collective bargaining or an income agreement. «We have reached 15 agreements in recent years, but this could not be signed due to responsibility (...). Nothing is broken, but at this time it is impossible to close an agreement and that is not good news«, recognized Garamendi, to emphasize that an income agreement »means that everyone has to tighten their belt«.

1 Moonage Daydream: David Bowie in 50 years of unpublished... 2 García-Gallardo, to Ayuso: «He has plenty of time... 3 Mikel Landa does not waver in his dream of winning... 4 Reynés (Naturgy) joins the alliance of managers committed... 5 Giro: Czech Jan Hirt wins the 16th stage 6 Benzema talks about his Instagram posts: "It's... 7 Roland-Garros: Tsonga loses to Ruud for his last match 8 Boarding for Cannes: the crimes of David Cronenberg... 9 Last minute of the coronavirus: those admitted drop... 10 The Valencian Community reports 4,728 new cases of... 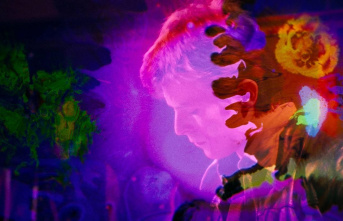