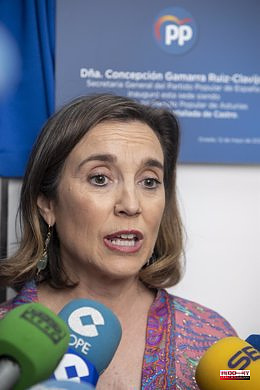 The general secretary of the PP, Cuca Gamarra, has assured this Wednesday that the head of the Executive, Pedro Sánchez, knew in 2019 that the National Intelligence Center (CNI) was investigating independence leaders as he himself acknowledged in a television interview. In her opinion, the Prime Minister "has made lies his way of governing."

"Contrary to what the Government has said, the Government did know, because it had to know," said Gamarra, also a spokesperson for the Popular Group in Congress, in a message on his official Twitter account, which has been collected Europe Press.

In an interview on Telecinco in October 2019, prior to the general elections of November of that year, Sánchez said that the Intelligence Services and the State Security Forces were working to see if there were links between political leaders and platforms in the face of the acts "vandalism" that was being produced by Tsunami Democràtic.

"We all know that Sánchez has made lies his way of governing," Gamarra has sentenced, echoing the information published by OK Diario, recalling that television interview. In that electoral campaign, the chief executive also promised to penalize referendums and "bring Puigdemont to Spain."

Last Friday, the leader of the PP, Alberto Núñez Feijóo, already accused the chief executive of "deceiving them with the CNI" and "telling them many lies." Among other issues, he denounced the "lies" that the government has told "in the last 10 days, "first by denying the investigation to the independentistas" and "later saying that it was a legal and motivated investigation." "It was even said that It was not a dismissal of the director of the CNI but a simple substitution," he asserted on RNE.

After assuring that Paz Esteban's dismissal is due to the "blackmail" that the independence movement is doing to the government because she is an "excellent official who has fulfilled her duty and has made all decisions legally and with reasons", the PP president urged the President of the Government to offer detailed explanations in plenary session of the Congress.

Precisely, this Tuesday it was announced that the President of the Government, Pedro Sánchez, will finally appear on Thursday, May 26, in the Lower House to report on the political crisis caused by espionage with the 'Pegasus' system.

1 The largest network of travel agencies in Spain, Ávoris,... 2 The Government will respond "solidarity"... 3 Cannes Film Festival: Zelensky, Vincent Delerm...... 4 The racist Buffalo massacre meticulously planned for... 5 The Stock Exchange sets its sights on 8,500 boosted... 6 The PP refuses to join in reforming the Catalan law,... 7 The PPdeG proposes to the PSdeG a "global agreement"... 8 A master and his dog attacked by two mastiffs 9 A dashboard to monitor the performance of the health... 10 Alaba returns to the group and could have minutes... 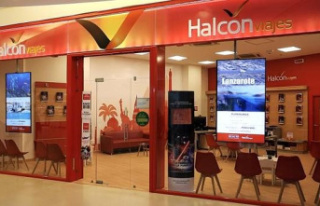 The largest network of travel agencies in Spain, Ávoris,...