The spokeswoman for the Popular Group in the Congress of Deputies, Cuca Gamarra, has reproached Pedro Sánchez for his "jock" in the Spanish position regarding the Sahara and his continued contempt and mistreatment of institutions, starting with Parliament, which he has ignored in Spain's change of position on this issue. 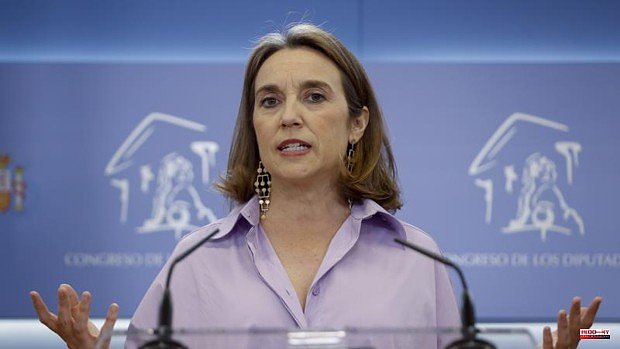 The spokeswoman for the Popular Group in the Congress of Deputies, Cuca Gamarra, has reproached Pedro Sánchez for his "jock" in the Spanish position regarding the Sahara and his continued contempt and mistreatment of institutions, starting with Parliament, which he has ignored in Spain's change of position on this issue. For this reason, she has demanded, in the plenary session of Congress, that she recover a dignified State international policy, and that she do so by consensus with the parliamentary groups.

Gamarra has reproached Sánchez that his only intention is to circumvent debates in Parliament, and mix the European Council with Spain's "lurch" regarding the Sahara, two issues that have nothing to do with each other.

That is why he has accused him of mistreating the institutions once again.

From that first reproach, the PP spokeswoman has regretted that the Socialists have voted against the Government sharing its international policy with the parliamentary groups. "This legislature has made the unthinkable and unprecedented a bargaining chip," she pointed out.

On the two questions that have focused the parliamentary debate. Gamarra has recalled that half of the Executive is against the mandates of the European Council and regarding the new position on the Sahara. "What he has presented to us has not been the position of the Government, but the point of view of who heads a part of the Government."

Already focused on the issue of the war in Ukraine, Gamarra has offered the support of the PP: "Stop dragging your feet, you have parliamentary groups like ours to send Ukraine the weapons they are demanding," said Gamarra, who has demanded that Sánchez explain the possible shipment of Leopard battle tanks to that country.

Gamarra has influenced the division in the Government headed by Sánchez, in this case on the position on NATO, and has recalled that it is his partners who have accused him of prevaricating before the Atlantic Alliance summit in Madrid.

"Spain deserves a government that takes security issues seriously and does it well," warned the PP spokeswoman, who has insisted that in this matter it has the support of the popular.

Within the debate of the European Council, and on the supposed drop in electricity, and Sánchez's unfulfilled promises, Gamarra has been especially blunt in assuring that it is a "scam" by the Government.

Upon entering the change of position on the Sahara, Gamarra stressed that there are still many doubts about the issue, if it is related to Pegasus espionage and what files were extracted from his mobile. Regarding Bolaños' citation in court, Gamarra has wondered about his responsibility: «If they call him to testify, wouldn't it be that he has some kind of responsibility? And if he has it, what do we do now that he has dismissed the director of the CNI? Are you going to make Bolaños assume some kind of responsibility?»

Gamarra has made it clear that he has to count on the Chamber and the Congress to change Spain's position on the Sahara. Thus, he has demanded that it return to the United Nations framework, with the search for an agreement between the parties. And he has demanded that he fix as soon as possible the mess he has caused in relations with Algeria. "We demand a state policy, if not already a state policy, then at least worthy."

1 Former cyclist Julio Jiménez, the “Watchmaker of... 2 Biden's rudeness to Guaidó: he does not invite... 3 India's central bank raises the interest rate... 4 What Conservatives might succeed Johnson in the UK... 5 How climate change and warm waters affect the health... 6 Seven arrested for making fraudulent contracts to... 7 Julio Jiménez dies in a car accident 8 Bruce Springsteen announces a second date in Barcelona... 9 Declared level 1 of Emergencies due to the chlorine... 10 A hundred workers demand an "urgent" solution... 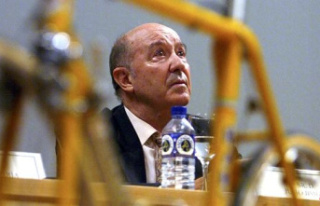