The producers of supreme Galician veal had been denouncing for some time that the production costs suffocate the sector. 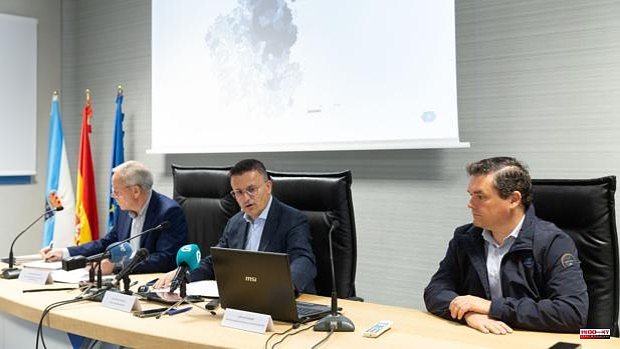 The producers of supreme Galician veal had been denouncing for some time that the production costs suffocate the sector. A study by the Ministry of Rural Affairs, in collaboration with the Juana de Vega Foundation, has put concrete figures on the table. After the brutal increase in cereals to feed livestock as a result of the war in Ukraine, they currently lose around one euro for every kilo of meat they produce.

"The estimated minimum selling price would have to be 6.20 euros per kilo when the prices they receive range between 5.10 and 5.20," the head of Rural Affairs, José González, explained this morning at a press conference. The councilor stressed that the beef sector is "in a situation of general loss sales" and that the Food Chain Law is not being complied with, which precisely prohibits farmers from receiving less money than it costs them to produce.

The situation has been dragging on for some time. Last year, according to the study, the 7,266 producers sold a kilo of meat for around five euros on average. But they should have received 5.65 euros to be able to cover all the costs. But in 2022 after the Russian invasion prices have run amok. Ukraine supplies most of the grain used to feed livestock, and the war has curbed exports, sending prices soaring. Corn is 35% more expensive this year, wheat almost 29% and barley another 33%. Cattle feeding accounts for more than half of the costs required by each farm. It represents 54% of the total. To it must be added another 21.6% increase in electricity, gas and other fuels.

"We have to work clearly on valorization, on raising the price," said González, who stressed that the objective is to comply with the Food Chain Law. The councilor recalled that last week the Council of the Xunta approved an advertising campaign, with a budget of 1.4 million euros, to convey to the consumer the importance of the supreme Galician beef. The seal certifies the highest quality meat and it is an extensive cattle ranch where the cows graze in meadows, which helps the environmental management of the territory.

After the publication of the report, the agrarian organizations demand that the prices paid to farmers begin to rise. “From now on, having reference costs for the sector, no Galician slaughterhouse, no Galician distribution chain, which voluntarily signed the protocol of the meat agreement will be able to pay from next week below 6 ,20 which are the costs of production”, underlined the general secretary of Unións Agrarias, Roberto García, in statements to the media. After the press conference held in Santiago, the councilor met with the representatives of the sector.

González recognized that in the short term it is necessary to establish direct aid to avoid the bankruptcy of the farms. Before June 30, producers of supreme Galician beef will receive 60 euros per cow from the aid package from the central government. The councilor promised that the Xunta will complement this aid with its own funds, but did not reveal how much the final amounts will amount to. He only remarked that they are being worked on and that the goal is that they can be collected in the second half of this year. The agrarian organizations consider that "there should not be less support for meat than for milk." As explained by Roberto García, the aid that the Suprema breeders should receive should reach 180 or 200 euros per cow, therefore they ask the Xunta to grant between 120 and 140 euros of own funds per cow.

1 The Madrid City Council will act on 11,000 elm trees... 2 Soccer. Les Bleues sans Henry or Le Sommer, three... 3 Isco's emotional farewell: "I've had... 4 Escrivá proposes a new reform for the self-employed... 5 Board and Provincial Council gather 15 million to... 6 The agreements of the Diputación de Valladolid include... 7 No beaches suitable for pets in the Basque Country 8 A young man who tried to swim across the Crevillente... 9 General Electric accused in tax optimization in France... 10 Employment in New Aquitaine: 65 vacancies at Terres... 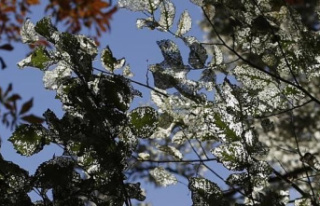