Galicia faces its worst rental crisis with only 3,000 free houses

Renting a house is almost an impossible mission in the seven Galician cities and their areas of influence, where 80 percent of the inhabitants of the Community reside. 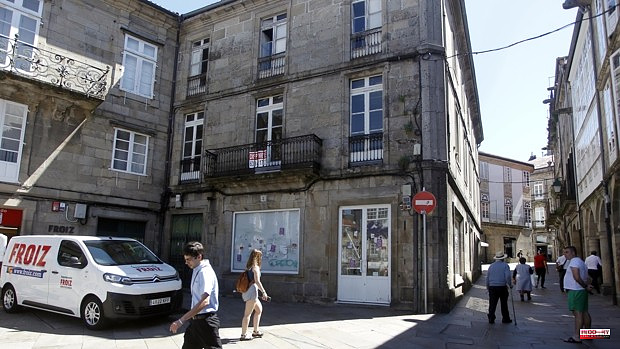 Renting a house is almost an impossible mission in the seven Galician cities and their areas of influence, where 80 percent of the inhabitants of the Community reside. The number of homes in the traditional rental circuit has been in free fall for some time and experts denounce that at the turn of summer historical lows will be marked that "will set off all the alarms". This is warned by Benito Iglesias, president of the Galician Federation of Real Estate Companies (Fegein), who assumes that in a matter of a couple of months the stock of houses for rent could drop below 3,000, which will be a critical figure. The data also contrasts with the fact that the Galician Community is at the head of Spain -percentage-wise speaking- in terms of empty houses: there are 340,000 houses closed to the ground where no one resides and which is not even for sale not for rent.

How do both scenarios marry?

The answers to this extreme situation are several and must be sought, says the expert, in the current regulations. Changes in rent regulation, says Iglesias, have caused "legal insecurity" in owners, who prefer not to market their apartments for fear of non-payment by tenants against whom they are not protected. An imbalance between the rights and duties of landlord and tenant that owners fear. “It always has to be 50/50, but the rights of the owners have not been defended. Instead of encouraging them with tax reductions to get that empty house out on the rental market, what has been done is to penalize it. All this has had an effect contrary to the market trend and has sparked suspicion in the owner who is looking for new formulas »reflects the expert. Added to the reality of landlords are adverse circumstances for those who want to become owners. And it is that buying a home - although far from the bubble of 2008, which shot up to 1,900 euros per square meter - becomes more expensive day by day. To the hardening by the banking entities, increasingly restrictive with the conditions, there is now an inflation that will only serve to shoot up the prices of real estate, given the rise in materials and fuel. And that returns many of the housing seekers to the box of a rental market, unable to respond to their housing needs. But, Iglesias warns, we must not miss the mark when looking for those responsible.

Some voices, especially those of the most touristic councils in Galicia, are beginning to be raised against the boom in holiday homes, which almost quintuple those in classic rentals. The latest data published by the Xunta indicate that throughout the Community there are nearly 15,000 VUTs registered and localities such as the Galician capital accuse them of the lack of flats faced by families and students. But from the Fegein they invite reflection and ask "not to demonize a sector" that is "perfectly regulated since 2017" and that operates within the law. “We live in a free market and it is unfair to blame them. All are registered and have to meet standards of comfort and quality. If there are more than 14,500 VUTs in Galicia and 3,200 traditional rental homes, one has to wonder why. The first thing is the profitability of the VUT, which is much higher. But there are more conditions, such as the lack of tax incentives », he emphasizes as the root of the problem.

Faced with this bottleneck, real estate professionals prescribe a greater open-mindedness and be aware of the social changes that, ultimately, influence real estate dynamics. This is the case of the desire for vacation homes to the detriment of hostels or hotels by travelers. A demand that seems not to have peaked and that explains, they note, a new model of travel. "LA VUT is here to stay" they say. "If you're from Chantada and you have an empty house, you have to put it in the traditional market, but if you're in Vigo or Santiago, you don't even think about it," Iglesias clarifies. The case of the most populous city in Galicia, with some 300,000 residents, is paradigmatic. For the first time in its history, it accumulates more vacation homes (743) than those that hold normal rent (580). And the trend only points to a growing imbalance.

Without going into the dance of sentences that keep the owners of tourist flats in the Galician capital, who are struggling to ban this type of accommodation in the monumental area by requiring a municipal license, in suspense, Iglesias invites us to see the problem in perspective. “There is a new model of traveling internationally and as a community we have to respond to that. Now this trend exists, just as until recently there were only taxis and now there are other formulas to move around cities. They are market trends, it is life itself and we cannot put doors on the field," he indicates. Returning to the underlying problem, and with the real estate agencies of the main urban centers saturated by demand, the union demands that the legislator "reflect" that avoid the worst case scenario. “Everyone has a housing need and new housing is getting 10 percent more expensive. There are going to be more and more people who have to rent and that is what we fear, that the commercialization range is already very low and is going to drop below 3,000 in the coming months and that is indeed a red line» they delve from the sector, which agrees that the solution is unique and urgent: mobilize a rental pool that is at historical lows and that in many cases is static, due to the location of the rentals, poor habitability or unaffordable prices for many families. "What is being done does not work, that is clear," they warn.

1 Celtic secrets in the largest labyrinth in Spain 2 The opening of the CaixaForum in Valencia expects... 3 They arrest 32 people and investigate another 49 for... 4 Five arrested for paying a minor in exchange for sending... 5 They are looking for two men for raping an Irish tourist... 6 Sánchez announces reductions in transport and an... 7 Several NGOs raise the dead to 27 in the attempt to... 8 Mazón defends a "greater freedom" to "improve... 9 The young man stabbed when defending a minor from... 10 Page: «The approved transfer is double what it will... 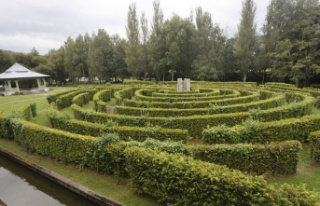 Celtic secrets in the largest labyrinth in Spain