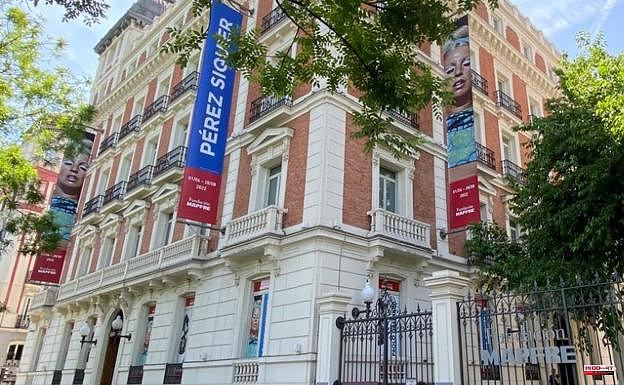 Fundacion MAPFRE displayed this Monday in Madrid, the exhibitions Perez Siquier e Paolo Gasparini. The Field of Images can be viewed at Salas Recoletos at Paseo de Recoletos 23, Madrid, from June 1 through August 28.

Perez Siquier was born in Almeria, Spain in 1930. He lived there all his life.

Perez Siquier was able to establish a strong presence in Spanish photography without ever moving to Madrid or Barcelona, where he worked alongside his peers such as Ricard Terre, Xavier Miserachs, and Joan Colom.

His work earned him the National Photography Award 2003.

This exhibition shows the work of Almeria's photographer, who was a key part of creating photographic modernity in Spain and professionalizing the medium. Principles close to neorealism at the beginning and later as a pioneer in color photography.

Perez Siquier's retrospective covers his most important series from 1957 to 2018. This tour is made up more than 170 photos and is organized chronologically through seven series.

Paolo Gasparini, born in Gorizia, Italy in 1934, emigrated to Caracas, Venezuela, as a result of a voluntary exodus. His family was present, and specifically his brother Graziano (Gorizia, Italy, 1934), who was a well-known architect at the time. He gave him his first camera when he was seventeen.

He was permanently installed in Venezuela and began a vigorous activity as a photographer for architectural constructions, while also taking photographs of the surrounding areas. In parallel to his personal work in Venezuela and Cuba, he soon starts to work for UNESCO. The book Para verte mejor America Latina (1972), which he developed in Mexico, is considered one of the most iconic photobooks of all time. He has been traveling extensively throughout Europe and Latin America over the past two decades, working on series that were previously unexplored. He also holds numerous exhibitions around his photos and his books, with some twenty currently published.

Paolo Gasparini is the best photographer to capture the cultural contradictions and tensions of Latin America. His photographs capture the harsh reality of a region where cultural authenticity is indisputable and where tradition and past interact with an imposter modernity. Gasparini's work has its own visual language and expresses criticism of the consumer society. However, it also reveals a fascination with how advertising and marketing seduce us.

His photographs allow us to see not only differences between Europe, Latin America, and Mexico, but also the diversity that this continent offers, including the Andes to the south. Maria Wills, the curator of this exhibition, says that Gasparini’s photographs reflect the effects of decades-long political migration, which was a major cause of World War II. They were taken by Europeans and Americans, and include Ecuadorians and Spain, and more recently the mass exodus from Venezuelans to Colombia. The ambivalence and meaning of identity can only be understood when we look back at generations and the lives of people who have been forced to flee their homelands.

The 16 sections of the exhibition include sixteen of the artist's most important projects from more than 60 years of work. They also highlight his photobooks which he considers a form of expression equal to his Photographs.

1 Lim gives up Murthy at Valencia's head 2 Alcaraz, quarters of Roland Garros sans frights 3 This year, the pensions for new retirees have been... 4 To avoid rebounding of the Euribor, the mortgage company... 5 Madrid's blue map shows two red towns 6 "La rebelionde Bernarda": The short film... 7 Are lobsters, crabs, and octopuses capable of feeling?... 8 Real Madrid's most amazing Champions unleash... 9 Thibaut Courtois is the best goalkeeper in Spain 10 Spaniards pay 39.3% in taxes on their salary, which... 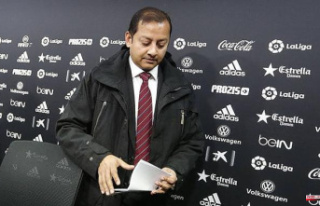