From Toni Cantó to Javier Maroto: other controversial registrations that preceded Olona's

Registering in a city where one does not reside for purely political purposes is not something that Macarena Olona invented. 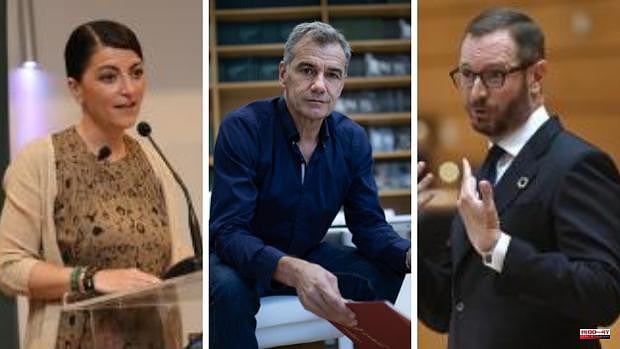 Registering in a city where one does not reside for purely political purposes is not something that Macarena Olona invented. Censused in Salobreña, a Granada city where she has never lived in order to be a candidate for Vox in the Andalusian elections, she is only the last politician who has mischievously used the census to comply with the electoral law before an election, but there is no to look far back to remember Toni Cantó's jump to the Madrid PP lists after leaving the Valencian Courts or Javier Maroto's census in extremis in a Segovia town of 113 inhabitants to be a senator.

Olona was born in Alicante and has lived in Burgos and the Basque Country in the practice of State Lawyer.

She has never lived in Andalusia, but that did not prevent her from being a deputy for Granada. However, and as the electoral law requires a certain period of time residing in a community in order to be a candidate to preside over it, the parliamentarian registered at the home of a party colleague last November in view of the Andalusian elections.

Although the Salobreña City Council canceled his registration on the understanding that he did not live in the town, the Electoral Board has endorsed Olona's candidacy this Monday for completing at least enough time for registration, without entering into assessing whether or not he lived in the town.

This requirement was not fulfilled in his day by Toni Cantó. The actor, who after passing through UPyD was a deputy in the Valencian Courts under the acronym of Citizens, became part of the lists of the Madrid PP headed by Isabel Díaz Ayuso for the 2021 elections after the break with his partner of government. The actor was registered at the end of March in Madrid, but the electoral law requires that to be part of the lists of the Community one must be registered before January 1 of the electoral year.

The popular had already warned Cantó during the negotiations, which began months before, that this was a requirement to go on the lists, but he remained registered in Valencia until his participation in Ayuso's team was announced, so finally had to be expelled. This fact, however, did not prevent him from later occupying a high position in the Community: only months later he was appointed director of the Spanish Office, a newly created entity.

After the electoral blow of the PP in 2019 -he barely managed to add 66 deputies, reaping the worst result in his history-, many of the important names of Pablo Casado stayed out of Congress. One of them was Javier Maroto, then deputy secretary of Organization and campaign director of the PP, after not getting representation by Álava.

The former mayor of Vitoria was one of Casado's strong men and staying out of Congress was a hard blow for the popular ones, who proposed him as senator for Castilla y León despite not having any kind of connection with this community. As the only requirement to obtain the seat was to be registered in it, the Basque was registered in Sotosalbos, a town of 113 inhabitants belonging to the province of Segovia.

His controversial registration came up again just a few weeks ago after a slip of the Basque on the provinces that make up Castilla y León. After blessing the government pact between PP and Vox in this community, he stated that it was positive for the "eight provinces" of Castilla y León, when in fact there are nine.

Now, the controversial registration of Olona in Salobreña has led the Castilian-Tierra Comunera Party (PCAS-TC) to request the Sotosalbos City Council, governed by the Popular Party, to process the deregistration of Maroto with the "same speed" with which the Granadan has acted since, almost three years after his registration in the municipal register «nobody can affirm that the popular really resides in the Castilian-Leonese town».

1 Benimassot will urgently repair its hydraulic mill... 2 No agreement on the joint Olympic bid after the meeting... 3 These are the new tobacco prices in Spain by brand... 4 Doña Sofía, positive in Covid, did not participate... 5 They investigate in Valladolid a shooting between... 6 The families attack the shipowner: "It was not... 7 The UCLM saved more than 242,000 euros on the electricity... 8 The King demands prudence from Don Juan Carlos 9 They spread the photograph of six of the murderers... 10 The weather in Valencia: the heat wave gives way this... 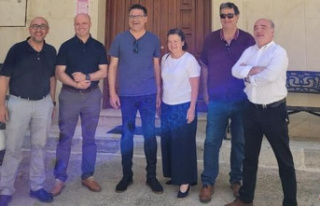