From Munich to Valencia by bicycle: 1,700 kilometers in seven days to fight childhood cancer

"As I've been doing extreme sports for ten years, this is my way of drawing attention to my projects and motivating others to support them with a donation. 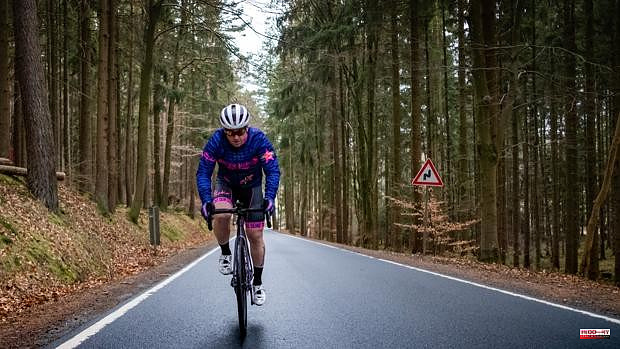 "As I've been doing extreme sports for ten years, this is my way of drawing attention to my projects and motivating others to support them with a donation." This is how Heiko Galmbacher explains the challenge that he has in hand: pedaling 1,700 kilometers by bicycle from Munich to Valencia to obtain funds with which to fight childhood cancer.

A "very spontaneous" idea, he tells ABC, which is born from his life experience. A decade ago, he lost his mother and his best friend to cancer, which pushed him to get involved in different charitable initiatives to raise money to finance research projects and ensure the optimal quality of life for patients. .

“For children it is even worse.

It was easy to find an institution with which to collaborate”, he comments. Its objective is to deliver 10,000 euros -you can collaborate with a donation on this website- to the German Foundation against Childhood Cancer.

The trip will begin on May 26 in the German city and will end in Spain on June 1 after completing a route that will take him through Switzerland and France until he reaches the capital of Turia. Why? Galmbacher is the commercial delegate in Germany for Andreu World, an international company born in the Valencian municipality of Alaquàs that sells designer furniture.

However, this is not the first time he has done something like this. In 2020 he completed a 124-kilometre race, which lasted a whole day, from which he left with a very good feeling. Last year he dared with a bicycle tour of 1,100 kilometers, between the German cities of Flensburg and Garmisch, with which he managed to raise seven thousand euros. He now he has stepped up his bet.

«I have done six Ironman -3.8 km of swimming, 180 km of bike and 42.2 km of running- and many ultra running races up to 124 kilometers. I like to know my limits or even exceed them. That is what leads me to challenges like this, pedaling 1,700 kilometers across Europe to Valencia », he justifies.

To facilitate the route, the cyclist has divided it into seven stages, so it will last for a week. On the first day, Heiko plans to travel 270 km to the Austrian border (Scafusa).

During the next day he will travel until he reaches Geneva, adding 290 km to his route. On the third day, your idea is to cross the French border until you reach Pierrelatte, by which time you will have reached the halfway mark.

On May 29, it will go down to Montpellier to skirt the Mediterranean coast and finish that day's journey in Perpignan. The day after, it will cross the Spanish border until it reaches Barcelona, ​​370km from reaching its destination.

On the penultimate day he will try to go down to Castellón and in this way leave the last 100km for the final stretch on June 1. The tour - which can be followed at this link or on his Instagram profile - will end in Valencia, where a welcome ceremony is planned.

1 Eduard Torres: «The best tribute to Barcelona 92... 2 Afghanistan: TV presenters appear with their faces... 3 Ayuso, to Feijóo: «When you arrive at La Moncloa,... 4 War in Ukraine: Russia claims to have destroyed a... 5 The anti-monarchist protest in Sanxenxo fails: fifty... 6 Xavi: "We haven't had a good season but... 7 Feijóo says that the Madrid PP is today "more... 8 The Turkish government party will continue to oppose... 9 The post-election transition begins in Lebanon with... 10 The Guinean military junta authorizes former President... 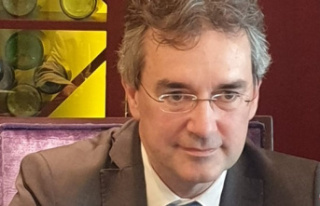