When more cornered is, the most incisive, mature and competitive Madrid emerges. 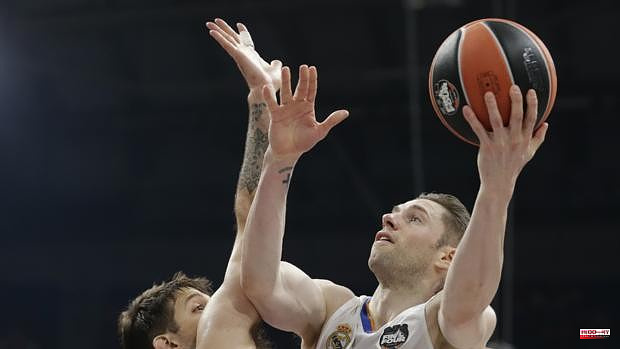 When more cornered is, the most incisive, mature and competitive Madrid emerges. This was the case in Belgrade when, after a first half in which he was overwhelmed by the great Mirotic's Barça, he said enough. He recovered, defended, came back and clenched his teeth when he played. Great exercise by Laso's team who, when the continental season was headed for the abyss, knew how to redirect it. Things of destiny, or the volatile format of the Final Four, this victory, the first against Barcelona this season, gives him access to the Euroleague final. However, the white players, after the final whistle, jumped onto the field and formed a sea of ​​hugs and bawls. They didn't think about Efes or the Euroleague.

They had just shed much of the weight they had accumulated in this tortuous campaign.

Causeur, who put together a match without buts, with nothing to reproach, could not hide either his joy or his tiredness. «I'm dead, even my voice... I've given everything. I've left it all on the track. It's going to be hard for me to think about the final. There are actually two endings. If you don't compete very well in one, there isn't the other", assured the Frenchman who, accustomed to showing off in attack, relentlessly pursued Laprovittola, one of the Catalans' main offensive weapons, and emptied himself when it came to stopping the attacks the rival's finals, when the game was tighter, in the last quarter.

As confirmed by the Frenchman, Laso pushed his team to the maximum on one of the nights of the season. Madrid's defensive range regained its impermeability and it was Tavares, somewhat intermittent in the season, one of the main architects of the white bolt that Barcelona suffered. He put several blocks and harmed the Barça interiors when it came to closing the defensive rebound. «From the beginning we tried to match his physical level and I think we have done well. The success has also been important. The other times we have faced them we failed more. The Cape Verdean refers to the fact that this is the first time they have managed to knock Barcelona down this season. They fell in both League games, in the two Euroleague regular phase games and in the Copa del Rey final. Yesterday, the change of dynamics was consummated.

The most exultant, without a doubt, was Pablo Laso. The Basque coach puffed out his chest after the victory and looked back, after a season of ups and downs and now relaunched unexpectedly. «The management of a Final Four begins in September, I always say it. When you get to a Final Four, it's because you've done a lot of work before. We went through a difficult moment in quotes, especially after the Cup. That game hurt us because we played well but we lost it. We began to have a lot of players entering and leaving due to Covid and injuries. We did not have a guaranteed playoff spot and we began to prepare several 'finals'. Today the game has been very good and the players have been very good, "said the coach.

The Barcelona players, on the other hand, could not hide their disappointment as they left the stadium. Especially affected was Mirotic, author of 26 points and a beacon of his own, even when Madrid threatened to break up the match. After several seconds without being able to say a word, the Montenegrin let out his frustration in the press area of ​​the Stark Arena. “They have been much better than us. In the second part, they have had more success. Congratulations for them », declared the Montenegrin, who in Belgrade lets another train through to the Euroleague, a trophy that he has never lifted in his career. Jasikevicius was very tough with his players at a press conference: «The second half is unacceptable. I'm tired of giving away titles."

1 Situations in which overtaking is completely prohibited 2 How to avoid getting heatstroke in the car 3 The most frequent breakdowns in the car due to heat 4 The Honda Driving School celebrates 30 years contributing... 5 Lexus opens reservations for the RZ 450e, on sale... 6 Two first cases of monkey pox confirmed in Quebec 7 Rivas: The mayor will meet with families without building... 8 The award of the competition for the Plaza de Las... 9 Rahm leaves a lot of work in Tulsa 10 The controversy over the Saudi golf revolution sneaks... 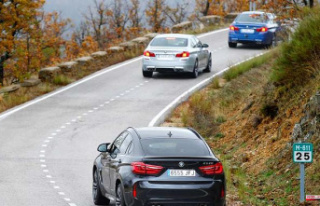 Situations in which overtaking is completely prohibited