Nanoscopy refers to the ability of seeing beyond the optical limit of 200-300nm. 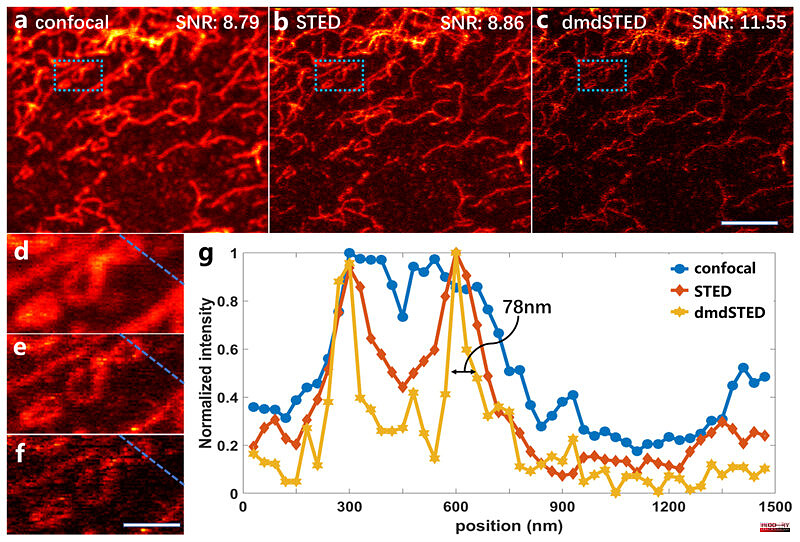 Nanoscopy refers to the ability of seeing beyond the optical limit of 200-300nm. The super-resolution technique of nanoscopy is stimulated emission depletion microscopy (STED), which was developed by Jan Wichmann and Stefan W. Hell in 1994. It was experimentally demonstrated in 1999 by Hell and Thomas Klar. STED microscopy is widely used in practice research and has made significant progress. However, it has some drawbacks. It can cause undesirable background noise that negatively affects image quality and spatial resolution. This noise is generally caused by two signals: (i) fluorescence from re-excitation due to ultrahigh light doses from depletion beam and (ii), residual fluorescence due to insufficient inhibition beam depletion.

Over the past decade, significant background removal techniques have been developed. These methods can be classified into three groups: space-domain, time-domain and phasor domain. Some of these techniques have been around for a while, others are newer. Although these methods are powerful in removing undesirable noise from STED Microscopy images, there are some drawbacks. For example, image distortion, long acquisition times or the introduction of shot noise. STED microscopy is still far from its full potential.

According to Advanced Photonics, Zhejiang University researchers have developed a new method called "dual modulation difference" STED (dmdSTED). This allows for selective suppression of backgrounds. This method involves separating space-domain signals into frequency domains so that non-depleted fluorescence, and STED-induced backgrounds are easily separated from desired fluorescent signals. Different time-domain modulations are used to load the excitation and depletion beams. It avoids the reexcitation of the depletion beam and can therefore be used to select a wavelength that is closer to the peak in the fluorescence emission spectrum. This will reduce the required depletion intensity. 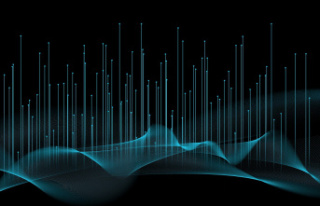