PARIS -- The centrist alliance of the French President Emmanuel Macron is expected to retain its parliamentary majority following Sunday's first round of voting. 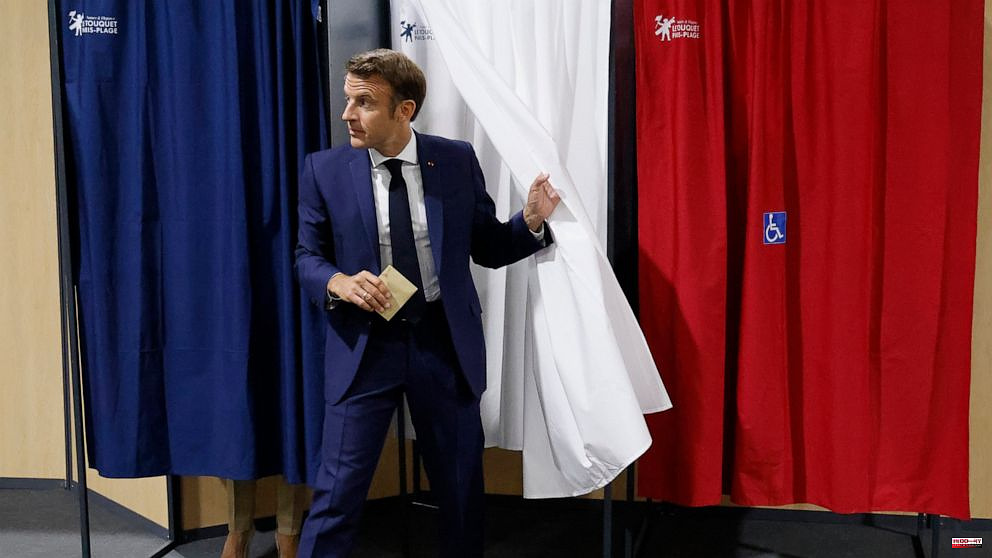 PARIS -- The centrist alliance of the French President Emmanuel Macron is expected to retain its parliamentary majority following Sunday's first round of voting. However, it will likely have fewer seats than five year ago, according projections.

Based on partial election results, projections showed that Macron's party and its aides received between 25% and 26% of the vote at the national level. This was in line with the estimates for a new leftist coalition of Socialists, Green party supporters and hard-leftists. However, Macron's candidates are expected to win in more districts than their leftist counterparts, giving him a majority.

In the first round, more than 6,000 candidates ran for 577 seats at France's National Assembly.

France's two-round voting system does not reflect the national support for a party. It is complicated and not proportionate. Races without a clear winner on Sunday will have up to four candidates competing in the second round of voting on June 19.

After Macron's May reelection, the centrist coalition sought an absolute majority to be able to fulfill his campaign promises. These included tax cuts and raising France’s retirement age from 65 to 62.

However, Sunday's projection shows that Macron's party could struggle to get more than half of the Assembly seats. This is a far cry from five years ago when they won 361 seats. According to polling agencies, Macron's centrists could win between 255 and over 300 seats while Jean-Luc Melenchon's leftist coalition could win more that 200 seats.

Sunday's turnout was at an all-time low for parliamentary elections. Less than half of France’s 48.7million voters cast ballots.

Prime Minister Elisabeth Borne stated that "we have one-week of action, one-week to convince, and one week to win a strong, clear majority."

"Faced by the current situation in the world, and the war at Europe’s doors, we cannot accept the risk of instability," she stated, exhorting voters to support Macron's alliance in round 2. "We will not surrender when faced with extremes."

Melenchon, who hoped that the election would propel him into the post of prime minister, refused to accept preliminary projections and insists that his coalition won the election.

He said, "Projections in the number of seats at this hour make absolutely no sense."

Melenchon called on the French to vote for his coalition's candidates in round two and to "definitively reject" the doomed projects proposed by Macron. His platform also included a substantial minimum wage increase, lowering retirement age to 60, and locking in energy prices which have soared due to the conflict in Ukraine.

Although Macron won the presidential race over Marine Le Pen, far-right candidates in France's parliamentary elections are difficult races. To increase the odds of defeating far right candidates in the second round, rivals from other parties often coordinate or step aside.

Projections revealed that Le Pen's National Rally party, which is far right, could win 10 to 30 seats, up from eight in 2005. It can form a parliamentary bloc if it reaches 15 seats. This will give it greater power in the assembly.

Le Pen, who ran in Henin-Beaumont in northern France for reelection, was highly praised for Sunday's results.

She stated that "Next Sunday, it's important not to allow Emmanuel Macron an absolute majority. He will abuse this to implement his self-centered, brutal methods and impose the anti-social project."

Le Pen urged voters to vote in the blanks or not to vote in those districts with only Macron's and Melenchon candidates.

Voters debated outside a Paris voting station in a working class district whether to vote for Macron's party to maintain smooth governance and keep out extremist views or support his opponents to allow more political perspectives to be heard.

Dominique Debarre, a retired scientist, said that "having a parliament that is not entirely in line with government allows for more interesting conversations and discussions." But on the other side, a split is always a sign that something is wrong."

1 Packers receiver Allen Lazard signs a RFA tender,... 2 Wil Lutz announces that he has been cleared by his... 3 From the 'Cultural' to the 'Santa'.... 4 Four little-known but highly recommended routes in... 5 Brussels reactivates the legal process against the... 6 Russia poised to control key city of Severodonetsk 7 Report reveals that 196 priests abuse minors in German... 8 Oliver Luck's suit against Vince McMahon boils... 9 Chiefs welcome Jerick McKinnon back 10 Doug Pederson eliminates mandatory minicamps for veteran... 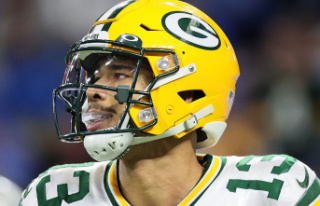