French language: the PQ launches an advertising campaign on Law 101 in CEGEP

As elected officials in Quebec prepare to vote on the reform of Bill 101, the Parti Québécois launches an advertising campaign to demand that English-speaking CEGEPs be reserved only for the historic English-speaking minority. 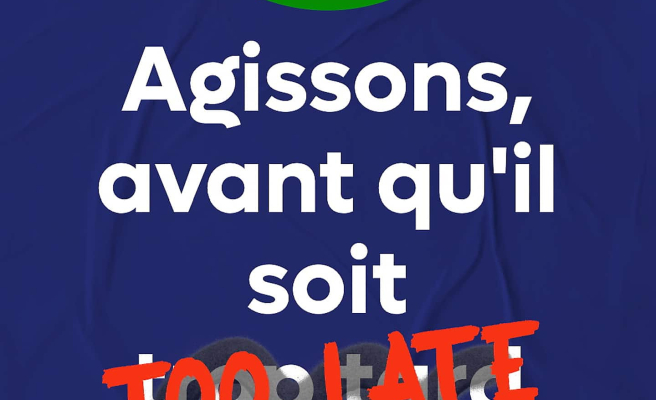 As elected officials in Quebec prepare to vote on the reform of Bill 101, the Parti Québécois launches an advertising campaign to demand that English-speaking CEGEPs be reserved only for the historic English-speaking minority.

• Read also: Bill 96: the Bloc does not want to see Ottawa intervene in the project

• Read also: Law 101 in CEGEP: a must to reverse the decline of French!

• Read also: Hundreds of demonstrators protest against Bill 96 in Montreal

The sovereigntist formation bought spaces on 134 bus shelters in the Montreal region to demand the imposition of Law 101 at the college level.

“Law 101 in Cégep: Let’s act before it is too late”, can we read superimposed on the words “too late”, as if the words had been added to the graffiti.

The campaign is mainly concentrated in Montreal, with posters also in Longueuil and Laval, for a period of one week. “We want to remind you that all the experts heard by the parliamentary committee agree that Bill 96 will not reverse the decline of French in Quebec. We want to send the message that there are solutions,” explains PQ leader Paul St-Pierre Plamondon.

A few months before the next election, the party wants to publicize its own solutions to reverse the decline of French, rather than the “cosmetic half-measures” presented by the Legault government.

With only three weeks remaining on the parliamentary calendar, the deputies in Quebec will soon vote on this reform of Bill 101, which is causing discontent as much among Anglophones as among the most ardent defenders of the French language.

On the one hand, a thousand people demonstrated last weekend to denounce an attack on the fundamental rights of the historic minority. On the other hand, the most nationalists consider that the bill does not go far enough.

1 Local food before the 2024 Olympics: the successful... 2 The Digital Health Record will be tested at the end... 3 Small claims: delays have tripled since the arrival... 4 Conflict of interest allegations: Terrebonne wants... 5 Pleasure to relieve the pressure 6 A big thank you to Springer and Berrios 7 A great concert in intimate mode 8 The United States assures that a meeting between Blinken... 9 Zelensky says that the attacks on Lviv, Sumy and Chernigov... 10 The United States considers easing sanctions against... 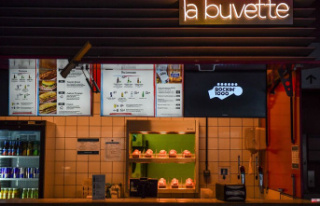 Local food before the 2024 Olympics: the successful...