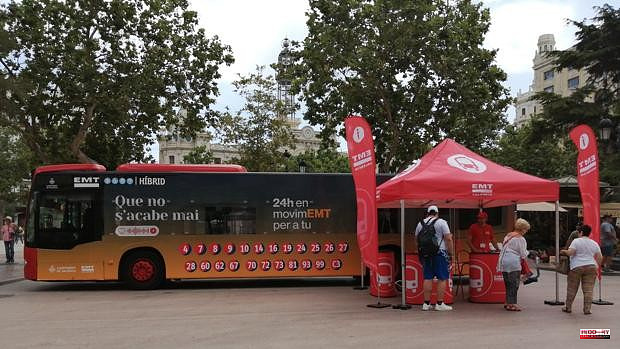 "With the new network we reach new neighborhoods and towns in Valencia to respond to a neighborhood demand", highlighted the president of the EMT, Giuseppe Grezzi, who explained that this improvement in the network will facilitate a more accessible night transport option and easy to understand, since citizens will be able to move during the night with the same network that they use during the day.

The municipal company will also offer new night connections in the metropolitan area, such as Alboraia, El Perelló, Sedaví, Moncada, Alfara del Patriarca, Tavernes Blanques, Bonrepòs i Mirambell, Almàssera and Vinalesa. "These improvements are possible thanks to the good management of public resources, with the purchase of 348 buses since 2015 and the hiring of more than 400 drivers in that time," said Mobility Councilor Giuseppe Grezzi.

Citizens will be able to try the new night routes for free this Saturday, June 18, starting at 10:00 p.m. throughout the night. To celebrate the launch of the new network, the EMT has also organized a free multi-concert for this Saturday in Plaza del Ayuntamiento, with performances by Ginebras, Pupil les, Novembre Elèctric and DJ Paco Plaza, starting at 7:30 p.m. hours.

Tomorrow, Wednesday, June 15, the new line 23 will also come into operation, creating a new connection for the residents of Forn d'Alcedo, Castellar-El Oliveral and Pinedo. From Pinedo, the buses will enter through Camí del Tremolar, and will go through Ruiz i Comes avenue, Principal street, Glòria street and Camí de les Vaques. From Forn d'Alcedo, you will follow the same route back.

In a complementary manner, the end of line 14 will be optimized to increase regularity and frequency at rush hour between Castellar-L'Oliveral and the center of València. Thus, the line will end its route in Castellar-L'Oliveral, from where the connection with the new line 23 will be facilitated so that users who wish to can easily travel to Pinedo or Forn d'Alcedo.

In parallel, the EMT has launched an extensive information device in different parts of the city, including the Plaza del Ayuntamiento, to explain to the public all these improvements in the night network and the lines that connect Valencia with the towns.

1 A group of former ETA prisoners organizes a tribute... 2 The PNV law to limit the inviolability of the King... 3 The Digital of Castilla-La Mancha celebrates its 'Enclave... 4 The employers reduce the sites to build new wind farms... 5 Ayuso recommends that Madrid schools use last year's... 6 Palo Market Fest 2022 in Valencia: dates, times, location... 7 Aparicio, on the reduction of subsidies: "It... 8 14 immigrants arrested for using forged Ukrainian... 9 The rental aid will arrive this week to the 15,221... 10 The IVAM offers for the first time an international... 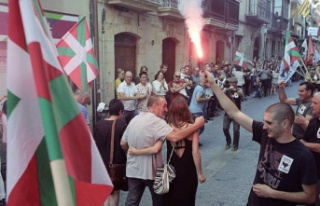 A group of former ETA prisoners organizes a tribute...