Plaça Francesc Macià, in our childhood Calvo Sotelo, returns to star in what Josep Maria Planas called the film of the city. 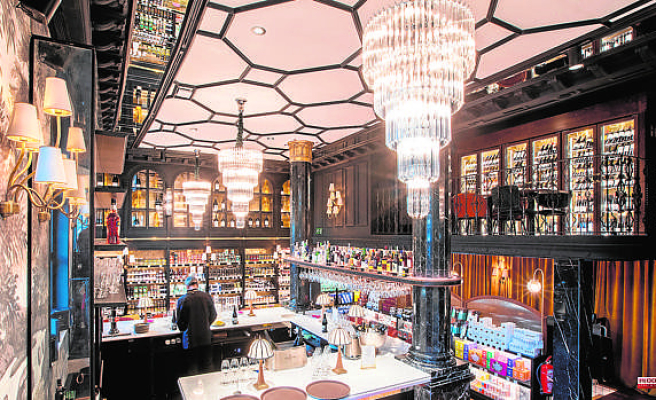 Plaça Francesc Macià, in our childhood Calvo Sotelo, returns to star in what Josep Maria Planas called the film of the city. He directs the film Camarasa Fruits, a family business founded in 1959 in Plaza Adrià by María Camarasa and her husband. The second generation with Jordi Taribó and Nuria Tena, expanded the food offer to become a gourmet point of reference.

Since then, the Camarasa touch has expanded into half a dozen stores. And now Marc Taribó, third generation of the saga, has just opened in the building that was occupied by Padeví footwear, a multi-space with greengrocers, rotisserie, delicatessen, cheese, restaurant and cocktail bar. Each of these areas offers gourmet products: canned fish, pasta, rice, sauces, oils... In the cheese factory -which can be transformed into a private dining room- Arán Taribó shows that paradise is very similar to a cheese refining cellar.

On the corner of Diagonal and Francesc Macià, life has returned with such an imposing gastronomic temple. The prized location -2 million under construction and 20,000 euros per month- to reform 30 meters of façade and 350 square meters of interior, recovers the atmosphere of yesteryear. Until 1961, the bustling terrace of the Bar Restaurante Mery occupied the corner, next to the emblematic Sándor. When that establishment closed, the Magda perfumery was installed, which in 1987 gave way to Calzados Padeví.

Shortly after opening, Taribó already had a full reservation book: it is a restaurant with few tables and the city council has not yet processed -it is the ballast of Barcelona- the permits to start up a terrace that would already be full of clients and would give work to six service people.

With its luxurious interior design, cabinets with the house's trademark fruit -convertible into a nocturnal cocktail bar-, state-of-the-art ovens for roasted chicken, take away, online shop and a bar where you can be a privileged spectator of the preparation of a ceviche or a tartar, Camarasa Fruits breaks with the requiem for the historic establishments that closed: Xancó shirt shop, La Gomara hardware store, Herboristeria del Rei...

Private initiative for Barcelona to recover a commercial vitality damaged by the lease law, municipal/autonomous bureaucracy and the lethal two-year period of the pandemic.

1 The 224 diplomatic trips of Don Juan Carlos had an... 2 The extraordinary classes for the educational success... 3 Bou defends that the popular ones approach ERC: «I... 4 Several arrested for rebuking the Local Police during... 5 The tourism field represents 26% of searches related... 6 265 Ukrainian fighters from Azovstal surrendered,... 7 Pendande, Hermosa, Peña and Salvadores, novelties... 8 Tenants forced to endure second-hand smoke from neighbors 9 "Social networks have rewritten the Marcos dictatorship... 10 The AVT asks the US for explanations for removing... 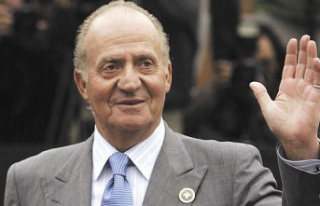 The 224 diplomatic trips of Don Juan Carlos had an...