The Civil Guard has arrested and investigated fourteen people and three commercial companies in Valencia, related by their alleged relationship in a plot of illegal management of hazardous waste. 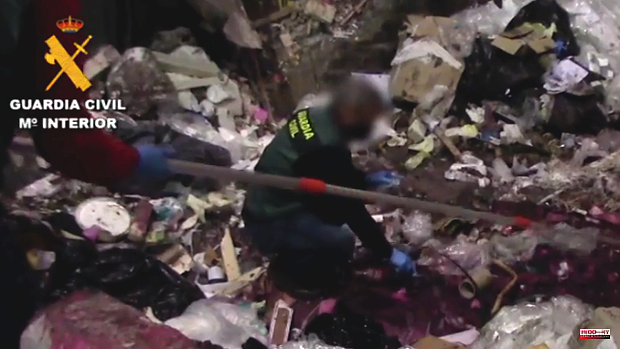 The Civil Guard has arrested and investigated fourteen people and three commercial companies in Valencia, related by their alleged relationship in a plot of illegal management of hazardous waste. It is "the largest operation carried out in recent years in Spain" in this area.

According to the Armed Institute, a management company had been illegally managing hazardous waste since at least 2015, while another transport company acted as an intermediary and was in charge of transferring it to landfills.

In addition, plastic waste that was not treated in accordance with current regulations was exported as raw material to Southeast Asia, when it should have been exported as waste after decontamination.

After the first investigations carried out by the Environment and Urban Planning Unit of the State Attorney General's Office and the UCOMA (Central Operational Unit for the Environment), within the so-called 'Operation Rubo', the agents verified that a company had years failing to comply with all the processes related to the management of hazardous waste.

Specifically, from the storage of containers that contained dangerous substances outdoors, mixture of waste, unauthorized handling of waste with asbestos, hydrocarbons, industrial liquid waste, etc. to the falsification in the codifications of the residues, details the Meritorious in a statement.

The company collected more waste than it declared to the administration, with up to a difference of 115,632 tons of waste without any traceability in the study period, from 2016 to 2020. The plant was not prepared to manage these quantities and It accumulated products such as asbestos or sulfuric acid in large containers that lacked safety measures.

Much of this waste was transported between companies to end up in landfills without the required authorizations. Nearly 2,800 transfers between different points of the Spanish geography have been documented, resulting in more than 200,000 tons of waste without being properly treated, mixing metal, plastic, sludge, paint and even varnish waste.

On the occasion of the inspections carried out, the Seprona agents verified the existence of continuous discharges to the sewerage network in values ​​higher than the established limits.

The measurements identified the existence of dangerous contaminants in the wastewater that was not properly treated, affecting the treatment capacity of the WWTP in charge.

The high generation of waste constitutes a serious environmental problem in modern societies, hence the need for strict regulations that ensure and guarantee proper recycling management.

The incorrect management of much of the waste discovered in this operation, which contained a significant amount of pollutants and hazardous waste, had to be managed properly, since the heavy metals that are produced from its poor management can reach the food chain, through rivers. and coastal areas, emphasizes the Civil Guard.

The complexity of 'Rubo' makes it become "the largest operation, in terms of investigated matter, carried out in recent years in Spain," they emphasize.

The operation has had the collaboration of Europol in the analysis of the documentation and possible connections with countries of the European Union, of the General Subdirectorate of Waste and Circular Economy of the Ministry for the Ecological Transition and Demographic Challenge, of the National Institute of Toxicology and Forensic Sciences, Generalitat Valencia, as well as the Public Entity for Wastewater Sanitation of Valencia and the Gramaser Company as Laboratory of Omniun Ibérica.

The operation has been directed by the Court of Instruction number 4 of Massamagrell (Valencia).

1 The City Council asks the residents of the Casco de... 2 A girl from Alicante with a disease with only six... 3 Israeli lawmaker is criticized for wanting Palestinians... 4 The presence of a shark forces a ban on bathing on... 5 Carriedo asks employers and unions for “generosity”... 6 Sónar infiltrates Gaudí territory to bring the Palau... 7 The extension of Foster for the Fine Arts of Bilbao... 8 Iberdrola's activity in the Valencian Community... 9 The CRDOP Jumilla tasting panel rates the 2021 vintage... 10 To wrap up the draft class, Chargers sign JT. Woods... 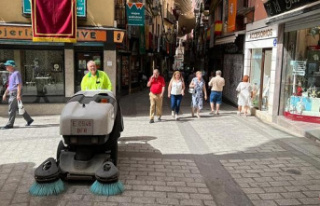 The City Council asks the residents of the Casco de...