Galicia is full of amazing well-known places, but it is the less popular ones that hide the most fascinating stories. 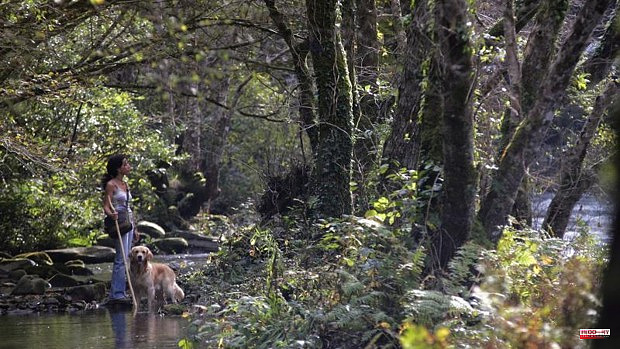 Galicia is full of amazing well-known places, but it is the less popular ones that hide the most fascinating stories. Between lighthouses, deep caves, routes along the coast or through lush forests full of wild vegetation, you can discover another history of Galicia totally different from what we are used to.

It is known as the Sinsal Son Estrella Galicia Festival, it is located on the island of San Simón and celebrates its 20th anniversary with the new edition, set between July 22 and 24. The poster, unknown to the attendees, is not revealed until the start of the event. This unique festival is committed to displaying emerging artists close to the Galician and national scene, but international bands also have a place.

The event is located on the mysterious island of San Simón, at the bottom of the Vigo estuary, which is reached by ferry from the port. But, beyond the musical event, this small island is of great interest on its own, which is why an excursion to it is interesting for any occasion. The history of San Simón, linked by a stone bridge to his sister San Antón, keeps dark secrets of a most varied past.

Declared in 1999 a Site of Cultural Interest by the Xunta de Galicia, it forms part of the Natura 2000 Network as a protected European natural habitat. Witness to maritime tragedies and pirate attacks, it has sheltered Knights Templar and sick sailors on their return from America. Due to its particular enclave, it became a monastery during the 10th century, a Francoist concentration camp and a pesthouse, in which sailors from America quarantined before setting foot on the Peninsula.

It was also the scene of a battle, with the arrival of the English corsair Francis Drake during the 16th century, and narrative captivating the writer and playwright Jules Verne who docked his ship Nautilus on the island, in search of the alleged lost treasures of the Battle of Rande. in 1702, in his famous novel 'Twenty Thousand Leagues Under the Sea'.

The island's history has always been linked to mystery and fable with components as mysterious as the Dragon's gate, whose real purpose is unknown. But today the enigma continues every summer with the celebration of the Festival and the secret of its poster that honors the interesting history of the enclave.

'O Camiño dos Faros' is a 200-kilometre hiking trail that joins Malpica and Finisterre by the edge of the sea, going through the different lighthouses in the area. It is an itinerary along the Costa da Morte divided into eight stages, in which you can enjoy beaches, dunes, cliffs, dolmens and, of course, the lighthouses that dot the region and give this route its name.

A route like few others that takes the walker along paths of medium difficulty, due to the irregularity of the terrain, which increases progressively throughout the stages. In each of them, the route through the different landscapes of the abrupt Costa da Morte is combined. You can, for example, go around some cliffs and in the next section climb the slope of a mountain. This allows anyone who decides to venture on this route to enjoy the wild nature so typical of Galician geography and the view of this spectacular coastal region.

The origin of this 'Camiño' is linked to the story of several friends who managed to connect Malpica with Fisterra with the sole help of their equipment and, in a few years, it has become quite a popular route. The eight fully signposted stages have starts in Malpica, Niñóns, Ponteceso, Laxe, Arou, Camariñas, Muxía and Nemiña, the latter ending in Finisterre.

In the parish of Argomoso in Mondoñedo, Lugo, there is a natural cavity in the shape of a labyrinth. Six and a half kilometers in length that are divided into several galleries and enclose a heritage that combines the natural and the historical or cultural. It is a place cataloged as a Paleolithic Site, linked to the first stages of man on earth.

The largest and deepest natural cave in Galicia - and the only virgin in Spain -, has karstic galleries and inland waters that feed several lakes. The cavity is the subject of several legends, but the most famous is the one that gives it its name and tells that a sorcerer in love with the beautiful daughter of 'Rei Cintolo', owner of the Brea Valley, buried the kingdom underground after the refusal of the young man to his romance plans. Legend has it that Xila, the king's daughter, is still waiting to be rescued from the deepest cave in Galicia. Beyond the myth, there are different studies that confirm the occupation of some of the galleries in different historical periods.

It is a cave closed to free access, so to reserve and buy the ticket, you must contact the Mondoñedo Tourist Office. The duration of the visit is estimated at an hour and a half, with visits open from April to December, the recommendations to fully enjoy the experience can be found on the Galicia tourism website.

This is one of the most frequented and well-known hiking trails in the Fragas do Eume and is located in the municipality of Pontedeume, La Coruña. It starts just before the two suspension bridges that cross the river. The first of them, a suspension bridge called Cal Grande, is close to a fishermen's shelter and gives way to a circular path that runs alongside the Eume river. On its other bank, the 'Senda dos Encomendeiros' really begins, which ends at the Santa Cristina bridge.

The route is a narrow path that runs along the right bank of the Eume through comfortable sections that are combined with other very rocky ones. The area hides ancient fragas and countless plant species. As for the river, its flow varies according to the area, mixing calm stretches of different shades with rocky sites and abundant vegetation. The only constant is the luxuriance of the best preserved Atlantic forest in Europe.

It is a well-signposted linear route that allows you to travel along the path, and return along the road to reach the starting point. Among the emblematic places that can be seen along the route are the Monastery of San Juan de Caaveiro -the emblem of the Fragas-, the ruins of an old mill that served the monks, the suspension bridge of Fornelos or the bridge of Santa Cristina, among many others. 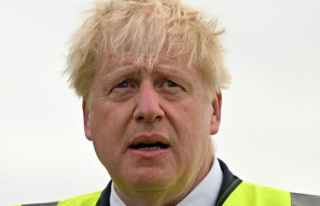 Brussels reactivates the legal process against the...