Agents of the National Police have arrested four people in Alicante who got into a fight with sticks and a baseball bat that they used to attack each other as a result of an argument over a misunderstanding about some words addressed to a pet. 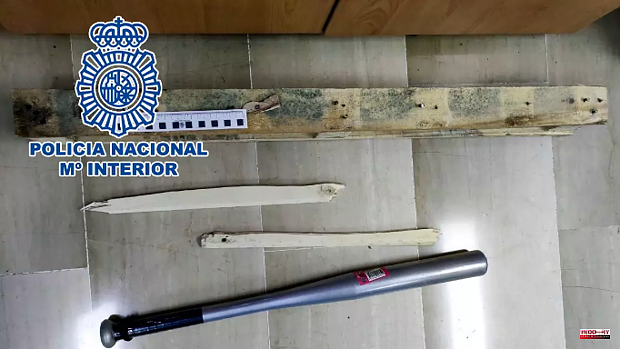 Agents of the National Police have arrested four people in Alicante who got into a fight with sticks and a baseball bat that they used to attack each other as a result of an argument over a misunderstanding about some words addressed to a pet.

Apparently, an argument over teasing a pet with which one of the parties was sitting on a terrace started the fight that ended in mutual aggression in which all the participants were injured and arrested.

Agents from the Northern District Police Station and from the UPR-Motos of the Citizen Security Brigade of the Provincial Police Station went to the scene and, as soon as they arrived, they observed two men running with a baseball bat and a stick. About a hundred meters away there were also two other people who, apparently, were running after the first.

The policemen intercepted them all and, after securing the situation, collected data to try to clarify what had happened shortly before. According to the statements of these people and those of the witnesses of the place, some words directed towards a domestic animal triggered a disagreement that generated a mutual aggression between four men.

The first two went to their vehicle to take a baseball bat with which they attacked the previous ones. These, to defend themselves, split a pallet that was between some garbage containers extracting some stakes to attack their opponents.

All of them had injuries to the face, trunk and upper extremities that, although not serious, did require treatment at a Guard Medical Center. So they finally ended up arrested as alleged perpetrators of a crime of riotous brawl.

The detainees, of Spanish nationality and between the ages of 34 and 48, have been placed at the disposal of the Court of Instruction of Alicante Guard.

1 Enfuriated Pharmacy: "If you don't add humor... 2 Perigueux: She misses her niche, and ends up in a... 3 Roland-Garros: End of the fairy tale for Leoliajean... 4 Darvin Ham, a rookie to refloat the Lakers 5 A colossal Jimmy Butler forces Game 7 in the Eastern... 6 Video. Biarritz, a professional mermaid who was invited... 7 Elections in Colombia: Petro, the power of change... 8 Environment. Extinction Rebellion blocks Stocamine... 9 More than 3,000 runners dye the Castellana with the... 10 Tudanca, before the municipal: "We have no right... 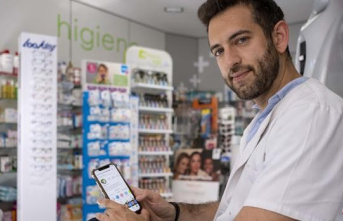