After an hour and twenty minutes of meeting with the president of the Xunta, Alfonso Rueda, in San Caetano, the general secretary of the PSdeG appeared before the media and fired: «We clearly confirm that there is a very different vision of Galicia». 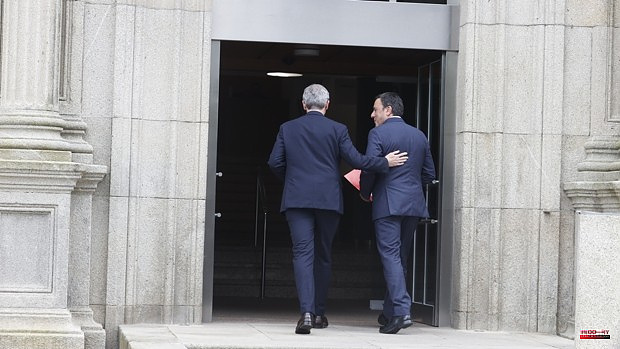 After an hour and twenty minutes of meeting with the president of the Xunta, Alfonso Rueda, in San Caetano, the general secretary of the PSdeG appeared before the media and fired: «We clearly confirm that there is a very different vision of Galicia». That of the PP, he said, is one of "resignation" and "immobility"; that of the PSdeG, of «hope» and «dynamism». Given this distance, which did not translate into any agreement, Formoso pointed out that the confrontation had been "cordial", an adjective that is never lacking in these forums, but "not everything productive" that his party "wanted".

Specifying, in the health field, that Formoso wanted him to star in the event, to place the "collapse" headline in capital letters, he stated that he was "extremely disappointed" that Rueda had not agreed to his proposal to allocate 140 million in the Budgets of 2023 to strengthen Primary Care, and recover a thousand professionals.

He believed, he claimed, that this point "would be accepted without any hesitation." But the president of the Xunta, much to his annoyance, did not want to specify which health items could receive an increase in spending as proposed by the Galician PSOE; before which, he did not tire of repeating, both they and the citizens consider a "collapse".

"There are important points of disagreement in frankly essential areas," he summarized late in his appearance, when he indicated that "each of us has a model country," trying to place the ball on the Xunta's roof: the PSdeG came with some proposals , symbolized by the red folder that Formoso carried, but Rueda is in his antipodes. He insisted that this embodies a "more continuous, more resigned model", and portrayed himself as the headliner of another "more linked to illusion and hope".

To temper, he conceded that it had been a "good start" to sit down and talk, and he believes that "there is time to go deeper", although he did not fail to comment that he "would have liked more specificity" on the other side. Formoso arrived at the appointment hours after his parliamentary spokesman, Luis Álvarez, re-enacted the discomfort caused by being accused of "branchism" towards Pedro Sánchez, and the general secretary of the PSdeG tried to defend that yes, they are also capable of assigning duties to the State, and tried to convey that in some areas there are "approaches". But when giving examples, he did not go beyond agreeing that more MIR vacancies are needed.

Even when he said that they can be understood in terms of European funds, he ended up criticizing the Xunta, demanding that it lend a hand with its own funds and not let "escaping" tractor projects. During his speech there was a constant plot against the Galician government for colliding with the Central and making it responsible for the problems of the Community. "Galicia cannot be in a permanent sinpa of confrontation with the State and (...) with the needy sectors". He came to say that he does not exactly lack an arsenal when recalling his 12,000 million orzamento, his 100,000 officials and his powers.

In line, just when the Government hides behind the fact that the Statute of Autonomy has to be reformed to grant the powers of the coast, Formoso insisted that this reform is "clearly" needed, accusing the Xunta of not having done its "homework" during 13 years, and blaming that delay for the absence of new powers. It is not possible, he said, to be “broadly asking for another competition and another competition”, without addressing that continued reform. In return, Galicia loses opportunities, compared to territories like the socialist Asturias, he compared it.

The PSdeG leader brought a script and stuck to it, at the meeting and in his subsequent statements. Three thematic "blocks" that he later compared with the "three pillars of that Xunta that Galicia yearns for". The toilet, basically to request more spending from the regional government. The economic one, demanding that the wind farms be given a boost, even going so far as to affirm that the “future” of Alcoa in A Mariña depends on it; and insisting on measures such as devoting 50% of the tax on hydrocarbons to help sectors affected by rising prices. And it is committed to public residences in the "social protection" of the elderly.

A package of initiatives that gave rise to Formoso to embed a kind of rally in his attention to the media, when he said that the Galicia that he proposed to Rueda is the one that "the PSdeG wants to lead and offer to the Galicians", with "humility" but with "determination", because, he claimed, they are already "doing it" in the governments of cities and Provincial Councils. It is not something that they come to “dream about”, he pointed out in a possible veiled reference to the BNG, but rather that they are already “developing” it. They do not set "duties" with measures that they are not already implementing. "A real country offer that is already being built," he proclaimed.

Apart from this parenthesis, and without agreements to take back to the headquarters of O Pino, he summoned the immediate future. It is necessary to "deepen" in a relationship that has only just begun after the relief in the Xunta -he indirectly criticized Alberto Núñez Feijóo for not having received him-. Formoso, raised his proposals, does not give up that Rueda gives his arm to twist and "there is some rapprochement in the parliamentary sphere in the coming weeks or months." As much as he had just drawn a scenario in which an abyss separates the PPdeG and PSdeG.

1 Page announces that it will create the Transparency... 2 Closing in Villaseca the XXIV Benjamín La Sagra Football... 3 The driver of an electric scooter, injured in a collision... 4 Bordalás leaves elegant: «If Rafa Nadal does not... 5 Mexico's president's party wins 4 out of... 6 17 confirmed cases of monkeypox in the Canary Islands,... 7 Ukraine's leader: Russia searches for another... 8 Soccer player Luis Suárez surprises with his visit... 9 The King receives the credentials of six new ambassadors 10 A PSOE councilor aspires to an opposition in another... 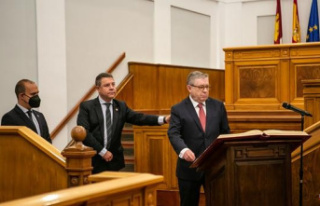 Page announces that it will create the Transparency...