The definitive closure of the As Pontes thermal power plant will be a blow to the economy of the city council of Pontevedra. 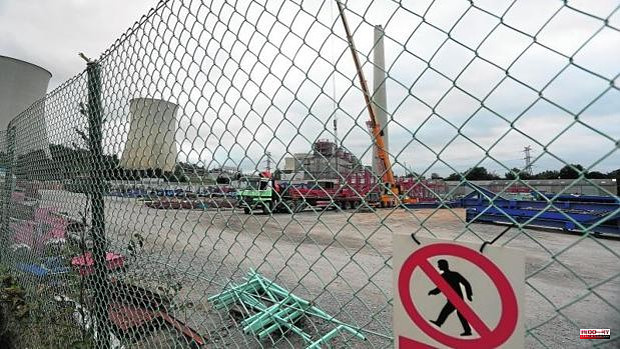 The definitive closure of the As Pontes thermal power plant will be a blow to the economy of the city council of Pontevedra. According to a study by the University of A Coruña, unemployment will rise by 285% if the town is not reindustrialized. For this reason, Ence's announcement that it is studying installing a cardboard and tissue paper recycling factory on the land released by the Endesa plant sounds good to the mayor of the municipality and general secretary of the PSdeG, Valentín González Formoso. Speaking to the media in Santiago, Formoso asserted that he will receive Ence "with open arms." But he asked for "prudence" so as not to generate false expectations in a region "that is in great need of good news."

Formoso guaranteed that from the City Council all the facilities will be given to the company.

However, he explained that he wants to hear "directly" from Ence "what his intention is" and know "exactly if he has a direct dependence on European funds or not." "And, based on that, knowing solidly if the project is going to move forward," he said, according to Ep. The new factory could benefit from different public aid programs. On one side are the so-called Just Transition Funds, planned to support the reindustrialization of the regions affected by the closure of coal-fired power plants. In addition, at this time, the Next Generation launched by the EU are distributed to counteract the effects of the coronavirus on the economy of the Old Continent. Endesa itself, once it has final closure authorization, will launch its own Futur-e program to implement business projects on the land it releases.

Formoso recalled that As Pontes is a town that "has been offering itself as a large wood transformation center for 30 years", for which it has "all the potential". «We are right in the center of the largest forest production axis in Europe, between Ferrol and A Mariña; we are located next to a large water source for industrial raw water supply; we have high pressure natural gas; we have energy supply; industrial mentality...”, he stressed to also appeal to “prudence” until it is determined if “the viability of the project depends on obtaining public funds or if, even if these are minor, the project can still go ahead”.

The economic vice president of the Xunta, Francisco Conde, explained that the project has a term of one year to "evaluate all the technical, environmental and financial aspects." According to Ep reports, Conde assured that the regional administration has been working with Ence for "many months" to identify "where this investment could be developed and highlighted the location of the project in" a region that was highly affected by the Government's energy policy "and that , in his opinion, now «he will have the opportunity to develop an industrial project that generates employment».

After the mayor of Pontevedra, Miguel Anxo Fernández Lores, recommended that Ence also move the pulp mill to As Pontes, the company insisted in a statement that it is "impossible to relocate the biofactory" from Lourizán. Ence is waiting for the Supreme Court to decide whether it can continue with its current location on public land on the coast after the National High Court ruled that the extension of the concession had been illegal. The company defends that the As Pontes project is a complementary project to the pulp mill and insists that "there is no other location in all of Galicia" where the cellulose can be transferred.

1 WEX Global focuses on Valencia as a world benchmark... 2 Toledo's Cristina Adrados Artal, triple champion... 3 Prisa appoints Varela Entrecanales as director on... 4 Firefighters extinguish a fire in the rodaderos de... 5 The proclamation of 'La Pinchos' opens the... 6 The national leader of the UGT advises García-Gallardo... 7 Pride opens a "flag war" in Cibeles and... 8 These are the cheapest hours of electricity this Wednesday 9 Presented the bullfighting posters of the Malaga Fair... 10 Carlos Baño, new president of the Alicante Chamber... 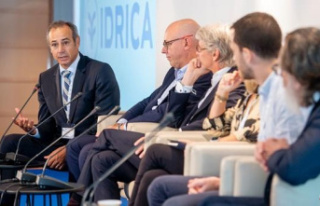 WEX Global focuses on Valencia as a world benchmark...