The long-awaited recovery of normality is far from being achieved in some sectors that suffered, in a more pronounced way, the effects of the pandemic, such as tourism. 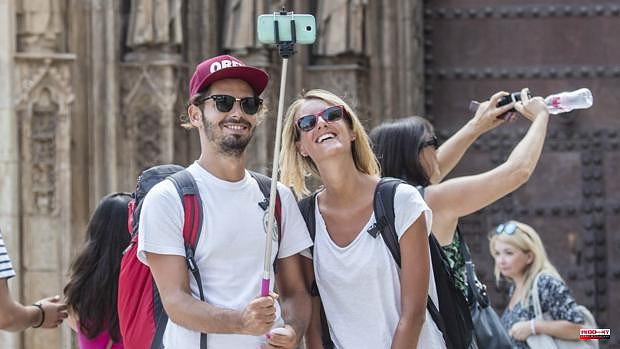 The long-awaited recovery of normality is far from being achieved in some sectors that suffered, in a more pronounced way, the effects of the pandemic, such as tourism. Specifically, the international. Not in vain, foreign tourists who arrived in Castilla y León fell by 14.8 percent in the first quarter of the year compared to the same period in 2020. And that the second part of the month of March 2020 was marked by the state alarm and confinement measures in Spain to stop the spread of Covid. The 353,075 tourists registered between last January and March are far from the 414,562 registered in the first quarter of two years ago.

In any case, the fall is almost eight points less than in the whole of Spain, where tourists from other countries fell by 22.4 percent, to almost ten million.

The percentage of fall is more pronounced in terms of overnight stays made by these foreign travelers in the establishments of the Community, with a decrease of 29 percent.

The National Institute of Statistics (INE) has published this week the experimental measurement taken from the disaggregated and anonymized data of the mobile phones of foreign tourists, a statistical tool to trace mobility flows thanks to the information provided by the companies. Specifically, the non-resident traveler is identified through the position of a mobile device contracted with a foreign operator that connects to a network of a Spanish company.

According to the results consulted by the Ical Agency, 94.8 percent of visitors to the Community between January and March 2022 came from Europe, after registering a drop of 12.7 percent compared to before the pandemic. The Portuguese (72,000), French (60,000), Dutch (45,000) and Germans (39,000) were the most numerous, to the point that they accounted for 61 percent of the total number of foreigners who visited the Community in the first quarter of the year. They were followed by the Swedes (29,500) and the Italians (16,000).

The decrease in foreigners who chose Castilla y León to enjoy their vacations was even greater in the case of those from American countries, with a 26.1 percent drop, going from 15,299 in the first quarter of 2020 to 11,304 this year. The disaster was concentrated among Asians, since their arrival fell by 68 percent, to just over 3,000 people compared to more than 9,500 before Covid. A clear example is what happened in the province of Salamanca, which went from receiving 3,214 Asians in the first three months of 2020 to 657 this year. That is, five times less.

There are also important differences between provinces. And it is that while the decreases in non-resident tourists in León (-3.1 percent), Soria (-1.8 percent), Ávila (-1.2 percent) and Burgos (0.4 percent) between The first quarters of 2020 and 2022 are barely perceptible, they shot up in other territories such as Salamanca (-28.6 percent), Palencia (-26.2 percent), Zamora (-21.3 percent) and Segovia (-18 percent). In Valladolid, the percentage of fall stood at 12.7 percent. The drastic drop in the province of Salamanca, with 30,000 fewer tourists in the analysis period, has caused Burgos to lose first place in number of tourists, which added 79,121 travelers between last January and March compared to 72,906 visitors from Salamanca. They are followed very far by Valladolid (50,661), Zamora (38,323) and León (35,209).

The positioning of mobile phones also includes overnight stays in the Community, in which all the provinces show significant decreases. Again, Salamanca lost 42.2 percent and Zamora up to 41.6 percent. Palencia subtracts a significant amount, with 36.1 percent less, and also Segovia (-27.2 percent), to which Valladolid (-27.8 percent) is added. It is completed with the decreases experienced in León, twenty percentage points less, Soria (-14.6 percent), Burgos (-12.6 percent) and Ávila (-11.6 percent). Unlike what happened with the number of tourists, Salamanca still kept the leadership, with 583,640, which is 20,000 more than those recorded in the province of Burgos. In addition, not only have stays fallen, but there has also been a decrease in the number of days, which has gone from 10 to 8.2 days in just two years.

The INE statistics also allow knowing the trips of Castilians and Leonese abroad. As in the case of non-residents, the inhabitants of the Community displaced to other countries have fallen by 19.5 percent when comparing the first quarter of 2022 and the one prior to the pandemic in 2020. A total of 125,598 people left Castilla y León between January and March of this year compared to 156,214 two years ago.

The decrease was much greater in the overnight stays of these visitors, with a decrease of 34.8 percent, to 483,655. The average duration of the trips of Castilians and Leonese in other countries increased from 4.7 to 3.8 days. As for the destination, they opted for nearby destinations, since 93 percent of tourists chose countries in Europe.

1 Almez: «We had to be in 'Música por el Tajo';... 2 Rufián calls to support "any initiative or front"... 3 North-Isere. The news at noon on Sunday, May 29: What... 4 Barça wins the Cup and confirms its hegemony in Spain 5 Onesse-Laharie: The Canteen system at 1 Euro is renewed... 6 Justice. Six Paris firefighters are dismissed for... 7 Red Cross has assisted 1,608 displaced Ukrainians... 8 «Illustrating without text is more complicated, but... 9 Automotive. Auvergne Rhone-Alpes champion of France... 10 Parking in Bordeaux: Between the Toulouse and Pessac... 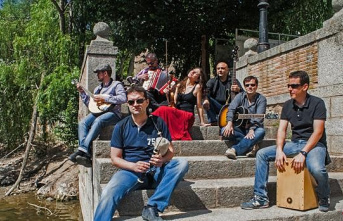