Foreign Affairs will allocate more than 100,000 euros to remove Francoist symbols from one of its buildings in Madrid 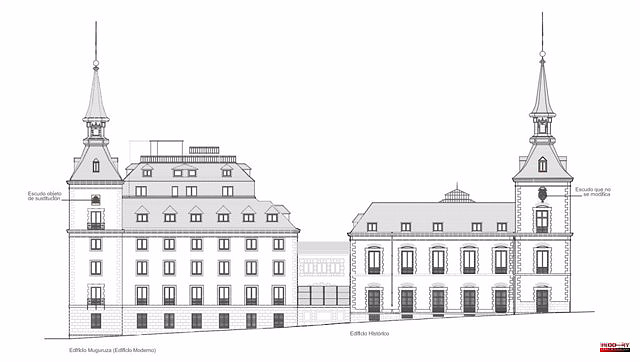 The Ministry of Foreign Affairs, European Union and Cooperation will allocate more than 100,000 euros for the removal of Francoist symbols from the modern building attached to the Palacio de Santa Cruz, its historic headquarters, and inaugurated in 1950.

The department headed by José Manuel Albares has awarded the works contract to the company Servicios Generales Constructivos 2020 SL for a total amount of 106,375.25 euros, taxes included, after considering this as "the most advantageous technical and economic offer", according to It is stated in the award announcement, to which Europa Press has had access.

"This work contract is for the work necessary to remove Francoist symbols from the facade of the Muguruza building (modern building) of the Palacio de Santa Cruz, headquarters of the Ministry of Foreign Affairs, European Union and Cooperation in Madrid," it reads. the contract, which specifies that it will last for six weeks.

The objective of the works that are going to be undertaken is to proceed with the removal of the Francoist shields that are found on the two towers on the façade of the building on Calle Concepción Jerónima, as well as the one found on Calle Santo Tomás and the from El Salvador street.

As explained in the specifications, consulted by Europa Press, the contracted company must handle "the shields that are going to be removed as a cultural asset, reducing the volume of debris produced by the work to the maximum."

Thus, it is stipulated that "the removal of the shields must be carried out in one piece". Each of these shields are "stone blocks with an estimated weight of one ton" so it is estimated that the volume of debris generated by each of them will amount to 2.69 cubic meters.

"When a piece is removed, the cuts, and consequently, the volume of debris, is reduced by 35%, which in turn implies a reduction in the environmental impact", justifies Exteriors in the statement.

Once the Francoist shields have been removed, they will be replaced by the constitutional shield. Foreign Affairs thus complies with the provisions of the 2007 Historical Memory Law, which provides for the removal of Francoist symbols from buildings, streets and public places throughout Spain.

1 The Vice President of Congress Gloria Elizo will travel... 2 Albares points out that the NATO summit in Madrid... 3 Johnson says he is not looking to "throw out"... 4 The general rise in prices fills the coffers of the... 5 China: Tesla recalls more than 100,000 vehicles 6 The Valencia Metro opens its Line 10 on May 17: from... 7 Arrested for threatening his wife and daughter and... 8 Athletic will play Europe on Sunday at 10 p.m. 9 Carnero announces a new Territorial Cohesion Fund... 10 Sentence of 427,000 euros to the Barcelona City Council... 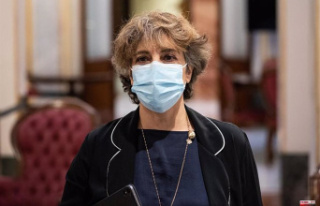 The Vice President of Congress Gloria Elizo will travel...