In the US state of California there will be a new way of burial in the future: the composting of people. 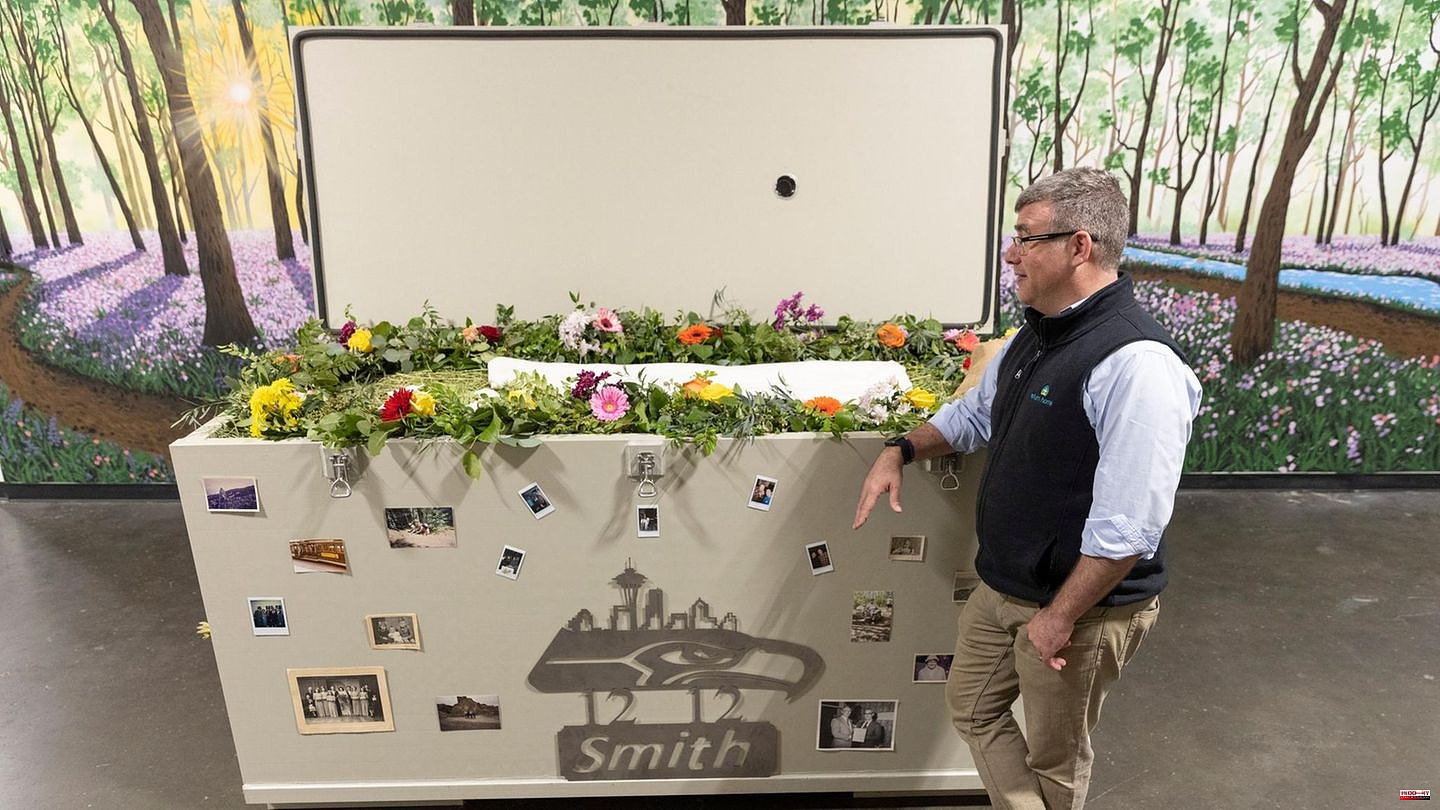 In the US state of California there will be a new way of burial in the future: the composting of people. Gov. Gavin Newsom signed legislation Sunday that would provide a state regulatory process for the "natural organic reduction," or conversion, of human remains into soil, US media reports. The law is scheduled to come into force in 2027.

"It's completely natural," quotes the US broadcaster WSMV Carolyn Maezes, co-founder of the funeral home Earth Funeral. "The microbes in our bodies get to work. They start breaking down our bodies at the molecular level. These microbes and the additional natural ingredients, the wood chips, the wildflowers and the mulch, combine to essentially create compost."

Earth Funeral has been offering this method of corpse disposal in the state of Washington since March. Composting by humans is also legal in Oregon, Colorado and Vermont. Proponents consider the procedure to be more environmentally friendly than coffin burials and cremation. "With climate change and sea level rise posing a very real threat to our environment, this is an alternative method of disposal that does not result in emissions to the atmosphere," said Cristina Garcia MP, who drafted the bill.

And in fact, human composting is significantly more environmentally friendly than traditional burial methods. For comparison, making and transporting a standard coffin and headstone emits the same amount of greenhouse gases as driving a 4,000-kilometer car, according to a 2017 study by the City of Paris Funeral Services. And cremation would require 135 liters of fuel per body, and about Pumping 500 pounds of CO2 into the atmosphere, Micah Truman, head of the Return Home funeral home in Auburn, Washington, told AFP. "We've developed a system that's about 90 percent cleaner than that."

According to AFP, 1.8 million Americans were cremated in 2020, and each ceremony released as much greenhouse gas emissions as the average family car does when it runs out of two tanks. With that, annual CO2 emissions from cremation exceeded 360,000 tons in the US alone.

The process of human composting can vary slightly depending on the funeral home, but "Typically after death, a person's corpse is placed in an insulated vessel filled with organic material to aid in the decomposition process," writes USA Today ". The Natural Funeral uses an approximately 2.15 meter long insulated wooden box with wood chips and straw. Two large round wooden discs are attached to either end, allowing the box to be rolled across the floor and providing the oxygenation, agitation and absorption needed to compost a corpse. The jar must reach a temperature of 55 degrees Celsius continuously for at least 72 hours to kill all bacteria and pathogens. The high temperature arises naturally as the body decomposes in a closed box.

After about three months, the container is opened and medical equipment and large bones are filtered out of the earth, as "USA Today" further reports. The remaining bones would be pulverized and returned to the vessel for composting for another three months. The teeth would be removed to prevent contamination of the compost by mercury in dental fillings.

The entire human composting process therefore usually takes about half a year. After the corpse is fully composted, loved ones can choose to take the soil home with them, or have the funeral home give it to farms, for example.

The family can do whatever they want with it, said Return Home boss Truman to the British "Guardian". There were customers who planted trees and flowers in it or strewn the earth into the sea. A farmer asked before he died that his remains be returned to the farm he worked all his life. "There are no limits to what you can do with the earth after death."

But not everyone shares the excitement of environmentalists and funeral directors about California's new burial facility. The California Catholic Conference, which represents the Catholic Church, opposed the bill, condemning it as an unworthy way of caring for the human body. The procedure "simply reduces the human body to a disposable product," criticized the panel. "The practice of respectfully burying the bodies or honoring the ashes of the deceased conforms to the virtually universal norm of reverence and care for the deceased."

In fact, the practice of returning a body to earth after death is not all that new and is a long tradition in many cultures. Thus, according to traditional Jewish law, a corpse should be returned to the earth as quickly as possible. Embalming is not allowed, and the deceased is buried in a coffin made entirely of wood with holes drilled in the bottom to speed up the process of decomposition. And Buddhist Tibetans practice "sky burials," in which a human corpse is placed on a mountaintop to rot or be eaten by animals.

1 Flick's secret plan with Wirtz: Lightning comeback... 2 Guessing in Munich: What is behind Serge Gnabry's... 3 Upcoming Marvel movie: "Blade" surprisingly... 4 Prince Harry and Duchess Meghan: They're going... 5 Oktoberfest 2022: Is that the Wiesn wave? Corona infection... 6 Ballermann singer: There were radical right-wing slogans... 7 Churros Maker and Co.: Churros recipe: How to prepare... 8 Spirits for the festival: Strange schnapps for Christmas:... 9 Naturally warm: Sheepskin in the stroller: advantages,... 10 Refugees in Germany: "An unbelievable defamation":... 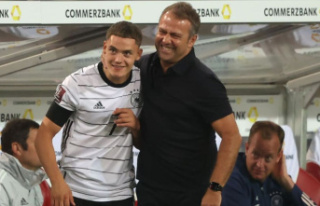