Some Tunisian players slumped on the pitch with pride, and many of the thousands of fans in the stadium had tears of joy in their eyes. 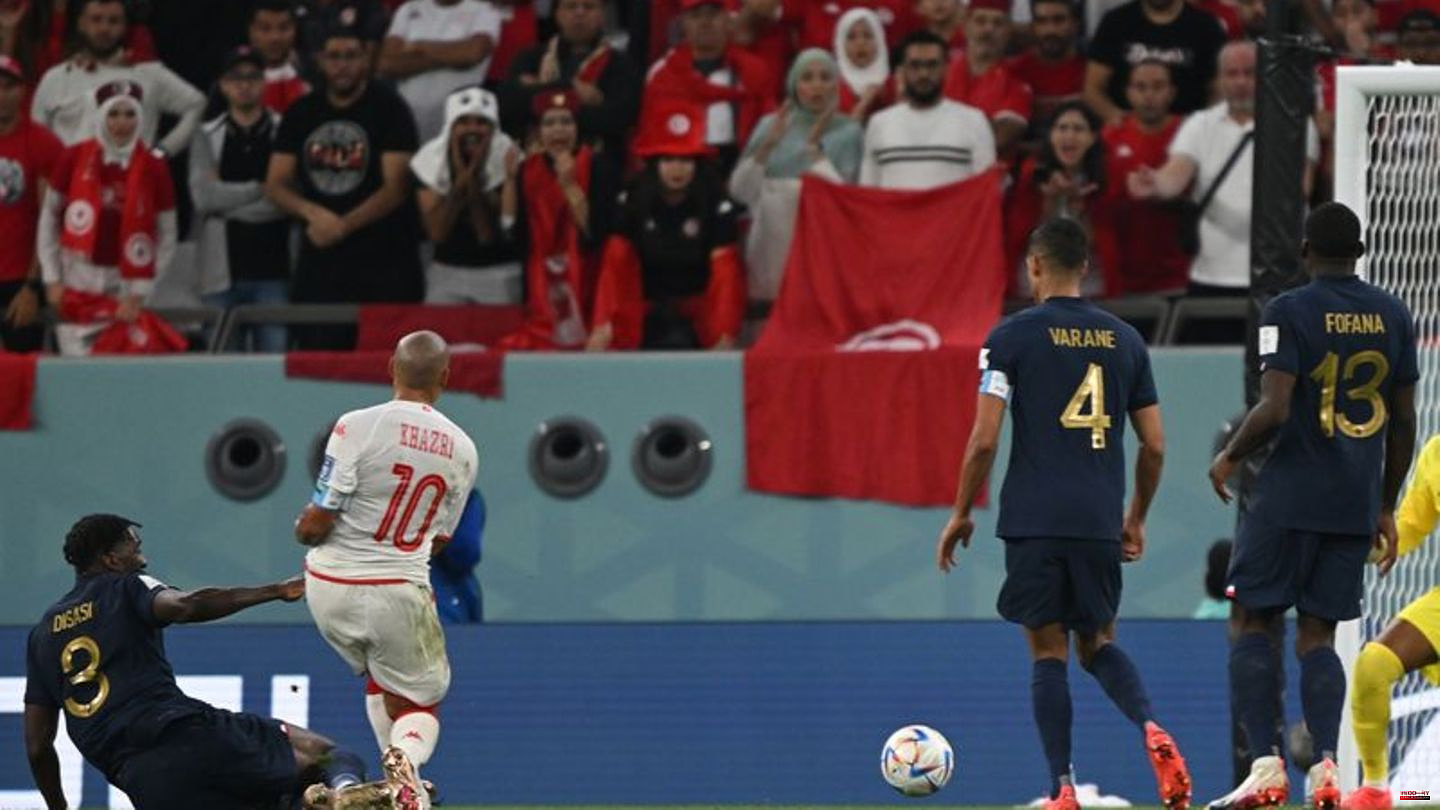 Some Tunisian players slumped on the pitch with pride, and many of the thousands of fans in the stadium had tears of joy in their eyes. In the first moment after the surprising 1-0 (0-0) against world champions France, they still believed in entering a World Cup round of 16 for the first time. Only shortly afterwards did they find out about the bitter end of the tournament - because Australia had beaten Denmark at the same time.

"When I left the pitch, I saw the result. It was a bit tough for us," said Wahbi Khazri, the outstanding goalscorer in Al-Rajjan on Wednesday night. Although the 31-year-old could barely walk, pride prevailed in the end. "We are happy that we gave a good performance to the Tunisian people. They are proud of us tonight."

Although the chances had been slim from the start, the North Africans had given their all against the defending champions. And they had to live through everything. The game was actually already won when substitute Antoine Griezmann scored the supposed equalizer for France in the 98th minute. Referee Matt Conger then blew the whistle. Until he got a tip from the video assistant: Griezmann had been offside at the goal. Tunisia's goalkeeper fell on the grass from happiness. Conger whistled again. Tunisia survived the final seconds unscathed.

France coach Didier Deschamps was a bit confused after the game. "I don't know all the rules. The referee whistles, then VAR comes. I didn't know that was allowed. Did you know that it was allowed?" He asked in the press conference. His association is sure that it did not comply with the rules and announced late Wednesday evening that it would lodge a protest against the rating in good time. The French association announced on Wednesday evening that the goal was "wrongly" withdrawn. The protest is currently being worked out and must be received no later than 24 hours after the game.

However, Deschamps seemed anything but disappointed with the result. He answered the questions in a relaxed manner. Even those after the XXL rotation in his team, which he had converted to nine positions. "We had the chance to give some players a break," he said, referring to the round of 16 that had already been secured.

Kadri speaks of a historic day

The Tunisians' performance was not diminished by the success against a B-team of the defending champions. Your coach Jalel Kadri then spoke of a historic day. "It's clear to me: This is the best performance since 1978," said the 50-year-old. At the World Cup in Argentina, the Africans had won and drawn in the preliminary round. Just like now. "We were in a group with France, Denmark and Australia this time and got four points. I think it's one of our best performances."

However, his future as Tunisia coach remains open because it was tied to reaching the last 16. A decision will be made on that in the near future, and the strong performance against the French will certainly also be taken into account in this analysis. Khazri, who plays in Montpellier in France, scored the winning goal (58th) for the team around Ellyes Skhiri from Cologne. Despite their first defeat in a World Cup match since the quarter-finals in 2014, France won their group (0-1) against Germany. Opponent in the round of 16 on Sunday is Poland.

Tunisia, on the other hand, will - once again - have to travel home early. In the sixth World Cup participation, it did not go beyond the preliminary round. Nevertheless, Deschamps also showed great respect for the outsider's self-sacrificing performance. "They were enthusiastic, they were really good. But that's understandable because they had something they fought for, which was to get through to the last 16," said the 54-year-old. "You left your heart on the pitch."

And her fans knew that, too, and they were still celebrating their team long after the final whistle. But despite everything: after the renewed World Cup knockout. a bland aftertaste remains. "It's kind of a bitter win because it would have been nicer to beat France and go through to the last 16," said goalscorer Khazri. 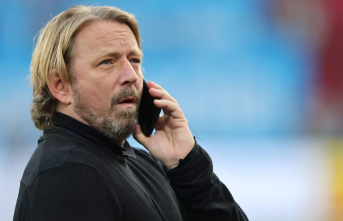 Sven Mislintat before moving to Liverpool? This is...