Flying over the youngest coast in Spain

«We pause in our work on the volcano to bring you an image of the youngest beaches in Europe. 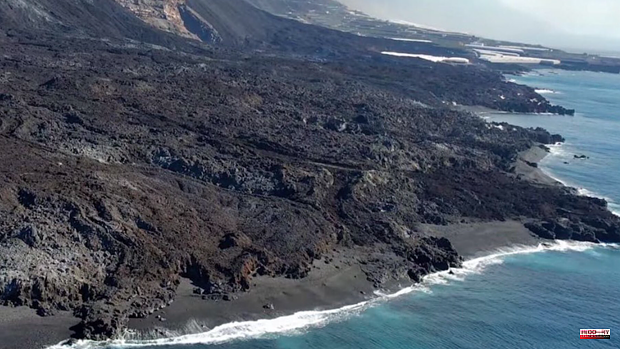 «We pause in our work on the volcano to bring you an image of the youngest beaches in Europe... a moment to reflect«.

This is how the rescue and emergency group Alfa Tango has presented the new beaches of the unnamed volcano, which it has toured with a drone view. Wild, virgin and only conquered by scientists so far, the 47 hectares that the lava from the Cumbre Vieja eruption won over the sea are a new soil full of hope and corners that have been shaped by the erosion of the sea in recent years. months.

"A volcano that changed our lives," assured the group Alfa Tango from La Palma.

The lava reached the Atlantic at 11 p.m. on September 28,

9 days after the earth opened in Cabeza de Vaca and the volcanic activity began. From that moment, as specified by the IGME, the island grew 47 hectares in its three lava-sea points, the superfajana that connected several lava flows on its arrival at the coast and a low island further north of it.

This terrain is being studied on the surface and under the sea, as scientists use this new land to learn more about volcanoes and eruptions. More than a dozen new beaches have been recorded in this area.

1 Pipi Estrada reveals her most intimate secret: she... 2 Ander Mirambell, the pioneer of the Spanish skeleton,... 3 In hospitals under the rule of pro-Russian separatists 4 Pedro Sánchez faces questions in Congress about Pegasus... 5 Gamarra says that Sánchez knew in 2019 that the CNI... 6 The largest network of travel agencies in Spain, Ávoris,... 7 The Government will respond "solidarity"... 8 Cannes Film Festival: Zelensky, Vincent Delerm...... 9 The racist Buffalo massacre meticulously planned for... 10 The Stock Exchange sets its sights on 8,500 boosted... 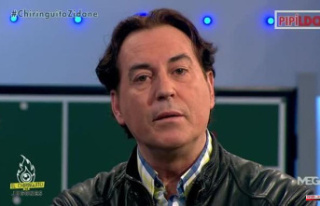 Pipi Estrada reveals her most intimate secret: she...