Florencio Delgado Furriarán, a committed linguist from the Novo Continente

Was Florencio Delgado Gurriarán a great poet? No, if we compare it to the best in history. 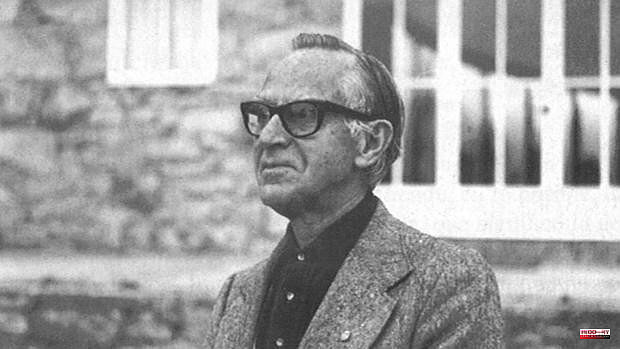 Was Florencio Delgado Gurriarán a great poet? No, if we compare it to the best in history. “Man ... If a great poet was Homer, Shakespeare or Juan de la Cruz, Gurriarán would not be a great poet. Possibly not even Rosalía de Castro would be of that greatness ", explains for ABC Xesús Alonso Montero, ex-president of the Real Academia Galega and the first scholar of the figure of the honored one this Day of the Galician Letters. Delgado Gurriarán was not a widely recognized author in his years, until his death in 1987, nor in ours, but his hand reached many more places than can be imagined.

«He was the only sociolinguist poet who lived in Galicia in the years of the Republic, and even in later years, and that made him a patriotic poet», reports Alonso Montero.

He was a Galician committed to the core, despite living only 14 years of his childhood in Galicia. At a very young age, because of his father's work, he traveled to several Spanish cities, from A Coruña to Palencia, passing through Ourense.

They settled in Valladolid for a few years, and Delgado Gurriarán studied law there. Again, there were two milestones that served as the germ for everything that came after: a book by Curros Enríquez and a copy of the magazine ‘A Nosa Terra’. The pages of these two works were the beginning of a life dedicated to literature, to poetry, to Galicia — even if it had been thousands of miles away.

When in Valladolid his father showed him that 1920 issue of the magazine 'A Nosa Terra', spokesman for Solidaridad Gallega, he realized that he was not alone, he himself recounted: "I was a Galician for free, I thought there was in the world more galleguistas. I did not know that we had a flag, an anthem and that there were publications spreading these ideas.

He added that finding that magazine was "the revelation that I was not a Robinson of Galicianism." "He is surprised because he has a great Galician emotion, and he is a great Galician speaker" despite living in Castilla y León, says the former president of the RAG. Thanks to the other work, Curros Enríquez's book, "he realizes that Galician existed as a written language, which was a very rich and beautiful language", and a good account of that was given by the verses of the author of Celanova that he read. However, those documents "commit him forever: he will be a Galician in the land, in the war and in the four decades in Mexico."

Year 1936, the Civil War begins. Florencio Delgado had already returned to his homeland, Valdeorras, a few years earlier, and had even made forays into the town's politics. He began working alongside the Irmandade de Ourense to cement a Galician and autonomous culture, and at the hands of his uncle he took his first political steps in the elections for mayor of Vilamartín de Valdeorras in 1931. His ideas did not marry, precisely, with those of the pro-Franco side when the coup took place.

Alonso Montero says: "When the Civil War begins, he has to flee because the Falangists are looking for him and not precisely to give him a loving hug." Valdeorras, moreover, was a land of guerrillas and strong opposition to the coup side, despite the fact that they controlled the territory.

Gurriarán manages to flee thanks to his brother, who was chief of the Falangists in Córgomo. After going from here to there in Spain and France, he enlisted in the Republican side in Barcelona, ​​coinciding with an old friend, Castelao, to whom he would dedicate these words some time later: "The most prominent figure in Galicia in the present century", twentieth century , at the time, he said in an interview with historian Dolores Pla in Guadalajara, Mexico.

It was precisely in this Central American country that he lived most of his life, devoting himself to the defense of Galicia and Galicianism, even though more than 8,000 kilometers of the vast ocean had separated him from his homeland. "He never studied philology, but he was a great scholar of it," explains the former president of the RAG, and in Mexico all the writers who collaborated with the magazines he founded, such as ‘Saudade’ or ‘Vieiros’, asked him for advice. "He is the only person with linguistic authority", which is why his work goes far beyond his published poems: "In many texts by other authors is the advisory and correcting hand of the linguist Florencio Delgado".

In fact, Alonso Montero defines Delgado Gurriarán as a poet, precisely, a "sociolinguist". At the beginning of his career, with the publication of 'Bebedeira' (1934), he tended more towards hylozoism, a direct legacy of Lois Amado Carballo from Pontevedra, but over time he began to satirize Galician-speaking Galicians or those who used that mixture of Galician and Spanish. , the castrapo. "These are poems to denounce," says Alonso Montero, "and this type of poetry has two poems ridiculing the figure of Francisco Franco, published in the 'Cancioneiro da Loita Galega'."

As a hylozoist, a movement genuinely of Galician literature that mixed the avant-garde of the early twentieth century and the traditional forms of Galician lyric, in the opinion of Alonso Montero was even better than Amado Carballo, a pioneer hylozoist. This poetic tendency, in essence, was based on the use of the personification of the elements of the landscape and prosopopea. "From there he will be a great reader, but not only of Galician literature, but also of books related to Galician linguistics," explains the former president of the RAG.

Florencio Delgado was a great poet — as long as he is not compared to Homer, of course — but not only is he worthy of being the protagonist of the Galician Literature Day 2022, but he is also being rewarded for his efforts to preserve and disseminate Galician. and his literature in spite of not even being able to live in Galicia. He always dreamed of spending his last days in his native Valdeorras, but died in California.

1 Russian justice examines on appeal the sentence of... 2 Maduro appoints his ambassador to Russia as foreign... 3 Lightning strikes a children's home near Caen:... 4 The German Minister of Finance foresees “negative... 5 Public debt rises again in March and rebounds to the... 6 Neinor Homes launches a €25 million share buyback... 7 The RFEF denies having hired detectives to spy on... 8 It's not just cognac and pineau: Charentais wines... 9 Sánchez sees a priority to end violence based on... 10 Picardo assures that the EU and the United Kingdom... 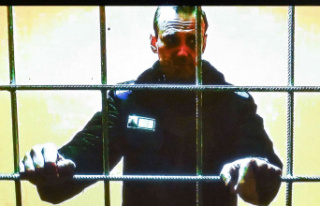 Russian justice examines on appeal the sentence of...