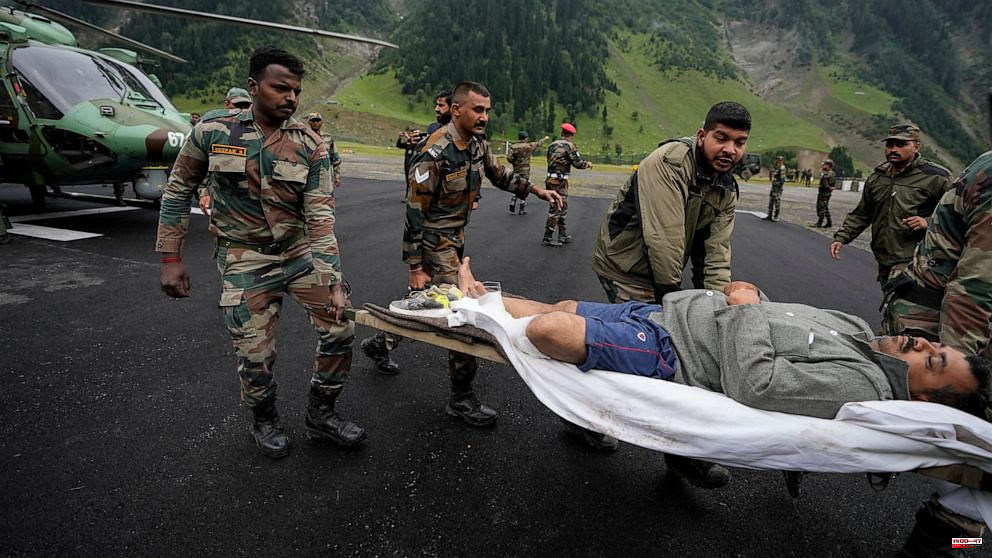 SRINAGAR (India) -- Officials said that emergency workers saved thousands of pilgrims from flash floods caused by sudden rains. The incident occurred during an annual Hindu pilgrimage in Indian-controlled Kashmir. At least 16 people were killed and many more were injured.

The pilgrimage was suspended for two days by authorities as the rains continued to fall on the area. Rescuers from India's paramilitary, police, and military as well as disaster management officials searched the mountain tracks for missing persons and used thermal imaging devices and sniffer dogs to find them.

After a torrential downpour near the Hindu shrine, they dug through the mud, sand, and rocks that had flooded the campsites Friday evening. The injured were evacuated to hospitals by both military and civil helicopters.

Many thousands of people were in the mountains when it rained.

Officials stated that approximately 15,000 devotees were relocated to safer areas and that at least five dozen people injured received first aid at the base camp hospitals. This pilgrimage is made by hundreds of thousands from all over India.

For security and logistical purposes, groups of pilgrims are arranged in a staggered fashion for 1 1/2 months.

Ravi Dutt (a 69-year old Hindu ascetic living in eastern West Bengal) was camping next to the cave Friday evening. According to him, water suddenly gushed from a mountain and "swept away all men, women, and our belongings too."

Dutt said, as he fell to the ground, "Everything was buried beneath a mountain (of rocks and mud)," Dutt stated. "I've never witnessed such an incident in my entire life."

Abdul Ghani, a Kashmiri porter, said that it was utter chaos. He said, "I just put a devotee on my horse and never looked back."

Indian Prime Minister Narendra Modi expressed grief over the deaths. Manoj Sinha (New Delhi's top administrator for the region) said that "our priority is to save lives." We have issued instructions to all pilgrims to offer them the necessary assistance."

On June 30, the Amarnath pilgrimage began. Tens of thousands of devotees have visited the cave shrine, where Hindus worship Lingam (a naturally formed ice stalagmite), as an incarnation Shiva, the gods of destruction and regeneration.

After a gap of two years due to the coronavirus epidemic, officials anticipate that this year's visitors will exceed 1 million.

Two routes lead worshippers to the cave. They pass through lush green meadows, rocky mountain passes and forested mountain passes. The views of snowy peaks and glacial lakes can be seen from these passes. The traditional route through Pahalgam, a southern hill resort, takes three days. A trip through northeastern Baltal takes one day. Helicopter services are sometimes used by pilgrims to make short visits.

At 13,500 feet (4.115 meters) above the sea level, the cave is usually covered in snow, with the exception of a short period during the summer when pilgrims can visit it.

In the past, hundreds of pilgrims died from exhaustion and extreme weather while traversing the icy mountains. More than 250 people were killed in a snowstorm that struck the country in 1996.

August 11th is the final day of the pilgrimage. This full moon night, Hindus believe, commemorates Shiva's revelation of the secrets of the creation.

Officials have stated that pilgrims are now at greater risk from attacks by Muslim rebels who have been fighting for decades against Indian rule. For the first time ever, devotees will be tagged with a wireless tracking device. The routes are also defended by tens of thousands police officers and soldiers.

Suspected rebels have attacked the pilgrimage in the past, accusing Hindu-majority India that it used it to make a political statement and support its claim on the Muslim majority disputed region.

Since 1989, when an armed rebellion broke out in Indian-controlled Kashmir demanding independence for the region or a merger of Pakistan with a portion of it, at least 50 pilgrims were killed in more than a dozen attacks that were blamed on militants.

1 EU and US urge North Macedonia onwards to accept EU... 2 Nicaragua presses newspaper to report on nuns'... 3 Bill Richardson will seek Brittney Griner’s release... 4 Japan is haunted by Abe's murder and there are... 5 In the midst of turmoil, opposition leaders in Sri... 6 In the 4 days of Pamplona bull race festival, there... 7 As harvest starts, anxiety grows for Ukraine's... 8 Sri Lanka is in a humanitarian crisis: Gas lines and... 9 Balkan activists continue fighting for Europe's... 10 EXPLAINER - Why Sri Lanka's economy crashed and... 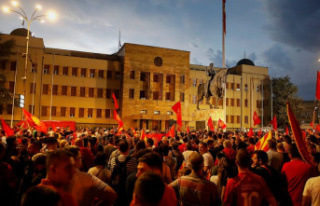 EU and US urge North Macedonia onwards to accept EU...