Flavored water: Air up in a practical test: How does the sugar-free drinking system work?

Sugary drinks are sweet and far from healthy. 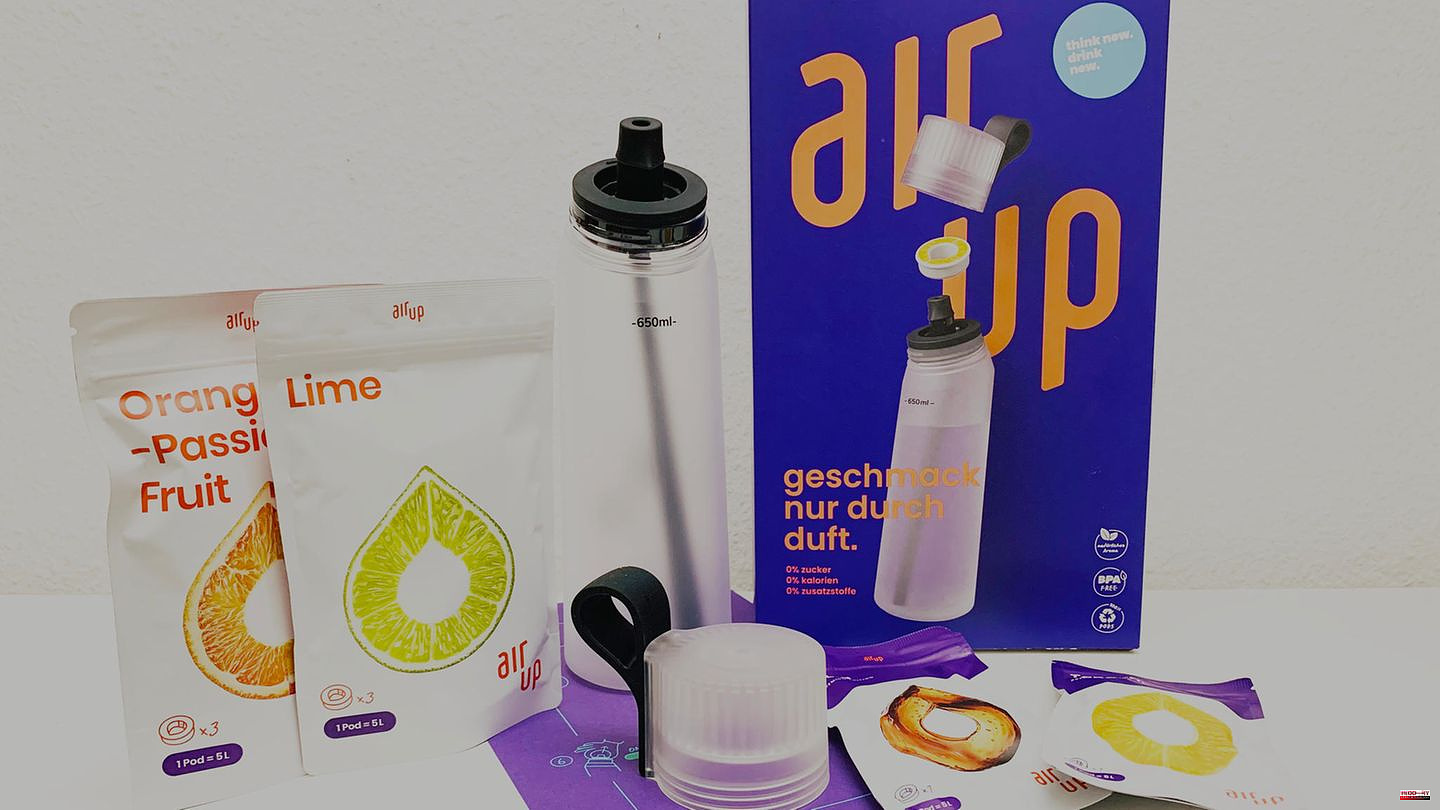 Sugary drinks are sweet and far from healthy. Still or carbonated water is much healthier, but usually tastes like nothing. So how do you manage the balancing act between healthy drinking habits and the desire for flavored drinks? Lena Jüngst, Chief Evangelist of Air up, had the brilliant idea during her studies - together with her fellow student and co-founder of the start-up Tim Jäger. "As part of our bachelor's thesis, we dealt with the topic of 'Neuroscience meets Design'. The initial spark was a neuroscientific lecture in which we learned that 80 percent of taste is transmitted through the nose - the so-called 'retronasal smell'. That was fascinating us", the co-founder recalls the beginnings.

After a certain lead time and extensive research, the founding duo decided to develop a product that flavored water - without the addition of sugar or other unhealthy additives. How did they manage that? With scent. Yes, you read it right. How it works? All you have to do is fill a specially developed Air up bottle with still or carbonated water, place the associated pod on the headboard – and suck the drink through the integrated straw. The suction not only transports the water, but also air (from outside) into the mouth. What then happens is a real phenomenon: the air rises from the water in the throat and is perceived as a taste at the olfactory center. In other words, you think you're sipping a flavored drink, but you're actually drinking pure water. At least that's the theory. But does that work in practice?

Our tester tried four different scents in the flavors lime, cucumber, orange-passion fruit and cola. In order to activate the air-scent function, the respective pod had to be pushed over the drinking opening (until it virtually snaps into place) and then pulled forward a bit again. Otherwise, the water just tastes like water. The design is such that the Air up bottle does not have to be held upside down to drink from it - which the tester didn't know and spilled on herself at first because the seal wasn't completely watertight (unless you screw the cap over it, as we found out). The liquid is simply sucked in via the integrated straw. And how does it taste? In fact, our tester was surprised at how her brain was tricked by the scent pods and made her feel like she was drinking flavored water while drinking. To be honest, however, it has to be said that the "taste" only lasts as long as you drink from the bottle - and the test person still noticed when swallowing that his mouth was actually only water.

Although the pods smelled very artificial after unpacking, they were perceived to be much more pleasant in the taste test - after all, they also consist of natural aromas (which exactly is unfortunately not clear on the packaging). And even if the water only tasted slightly different, our test person was surprised by the effect of the fragrance pods on their brain. All in all, Air up was able to convince our tester. The idea is innovative and the flavors are varied. Nevertheless, we also had to give a few negative points, for example for the plastic packaging of the pods - which certainly serves to preserve the aroma. Nevertheless, this automatically produces more plastic waste. But the bottle is reusable and you simply drink more water instead of sugary drinks. It is therefore hardly surprising that Air up is so successful. "We reached our milestone of one million customers in the middle of last year. We now have over 200 employees from over 34 countries. We are now represented in a total of eight countries and are planning to expand into the USA this year. "

1 Risk analysis: Lufthansa only in 14th place: These... 2 Dissatisfaction with Defense Minister: Chancellor... 3 After three failed attempts: Chief post in the US... 4 Till Lindemann: Statue of Rammstein frontman stolen 5 Abolition of cash: Denmark celebrates year without... 6 Abolition of cash: Denmark celebrates year without... 7 Rescue mission failed: boy who fell in concrete pipe... 8 Darts: Waiting for payday: Premier League with or... 9 Portuguese Superstar: Ronaldo Adventure Begins: Soon... 10 Surprise in "Avatar 3": Will the Na'vi... 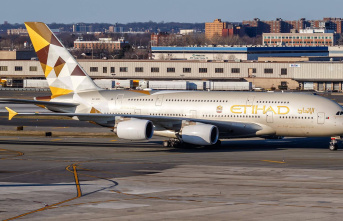 Risk analysis: Lufthansa only in 14th place: These...