First wounded of the Ukraine war in Madrid: "They arrive with a significant emotional deterioration"

The first wounded from the war in Ukraine have arrived in Madrid at dawn from Sunday to Monday, to be treated in hospitals of the regional public network. 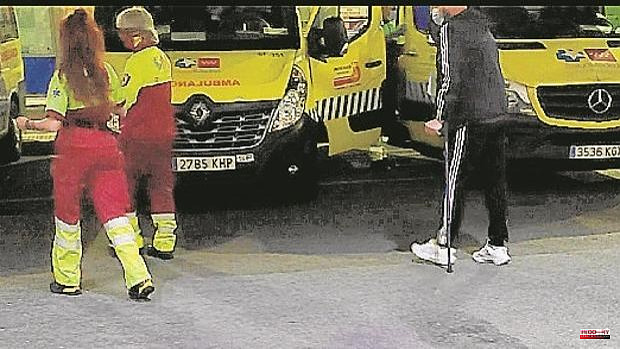 The first wounded from the war in Ukraine have arrived in Madrid at dawn from Sunday to Monday, to be treated in hospitals of the regional public network. They arrive destroyed: sanitary stable, but with injuries "appreciable at first glance", mutilations and wounds that are not so obvious, although they are also there: "They have a significant emotional deterioration", explained the Summa 112 supervisor present at the transfer, Verónica Real.

The Ministry of Health asked Madrid to take charge of this first contingent of wounded in the invasion of Ukraine arriving in Spain, and that they are probably not the only ones to come: the Madrid Ministry of Health expects more to arrive in the near future. weeks.

It was still dark when the plane with the patients landed at the Madrid-Barajas airport.

They came from different hospitals in Ukraine, where they had been treated after being injured in clashes between Russian and Ukrainian troops. Some came from Lviv and others from different health centers in the cities hardest hit by the battle.

At the gates of the terminal, the Summa 112 had prepared an extensive assistance device that included several ambulances from the emergency service. Right there they made a first assessment of their condition. Some reached the ambulance on their own feet, others helped with crutches or in wheelchairs. They were dressed in sportswear, carrying a small backpack with their belongings.

Of all those who arrived last night, 14 were transferred by ambulance to the different Madrid hospitals where they will be treated from now on: La Paz, Ramón y Cajal, Gregorio Marañón, Clínico San Carlos, October 12 – all of them in the capital–, and to Puerta de Hierro-Majadahonda, Príncipe de Asturias in Alcalá de Henares and Getafe, in towns of the metropolitan area.

Verónica Real was following the process throughout the night. All the arrivals are male, she explained, and are between the ages of 30 and 40. Although all those who arrived were in a stable situation, from a medical point of view, many of them are just beginning a path that will lead them to undergo various surgical treatments, explained the Summa 112 supervisor.

The ravages of war are very present in them, and they are very evident. "They have several injuries visible to the naked eye, such as mutilations in different parts of the body," said Verónica Real. In addition, they present “highly complex internal injuries”, which advises their treatment in Madrid health centers, to which they have been transferred.

Another group of wounded were sent directly to the Isabel Zendal Hospital: ten boys plus a girl accompanied by her daughter. They arrived very early at the Madrid emergency center, "very tired." They were provided with food and settled.

Throughout the morning, they were evaluated by the Zendal health services, who also studied their medical reports. From now on, the doctors will establish the rehabilitation needs they require, which in some cases will be as internal, and in others it will be provided on an outpatient basis.

In the Zendal they were very supported by all the staff who have attended them. As explained in the center, the wounded have been talking a lot among themselves, and have hung a Ukrainian flag on the wall of the room where they are.

Most of the injured will be treated in the Traumatology services of the health centers. Although, at first, the request from the Ministry of Health referred to the care of 37 injured people, finally 25 have arrived. The clinical picture of instability that the others presented have prevented them from being transferred on the same plane, since they needed a special medicalized transport, explained sources from the Ministry of Health.

The regional government has set up a care network for those affected by the war in Ukraine. In addition to this medical care, to date 41,599 services have already been provided to the 11,674 Ukrainian refugees who arrived in Madrid; 10,806 have a health card, 2,893 Ukrainian children go to schools in Madrid, 9,420 transport cards have been distributed and 1,411 have applied for procedures to find employment.

1 Champions, Europeans, relegated: the verdict of the... 2 Energy: record number of disputes with the Mediator... 3 Visa pour l'image intends to show Ukraine but... 4 Literature in the spotlight at the festival “Oh... 5 Roland-Garros: fog horn, songs and football stadium... 6 The Cortes get 'muddy' in the first 'face... 7 Air France-KLM launches a new capital increase to... 8 NBA play-offs: Boston equalizes with 2 wins everywhere... 9 Vázquez asks to eliminate the court note to choose... 10 Gender violence unleashes a new clash between the... 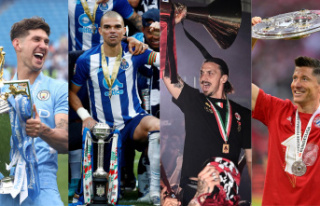 Champions, Europeans, relegated: the verdict of the...