Seven women and two men make up the popular jury that from this Monday and for five weeks will judge Jorge Ignacio Palma, accused of murdering the young Marta Calvo -whose body has not yet appeared-, Arliene Ramos and Lady Marcela Vargas, in addition to abusing eight more women. 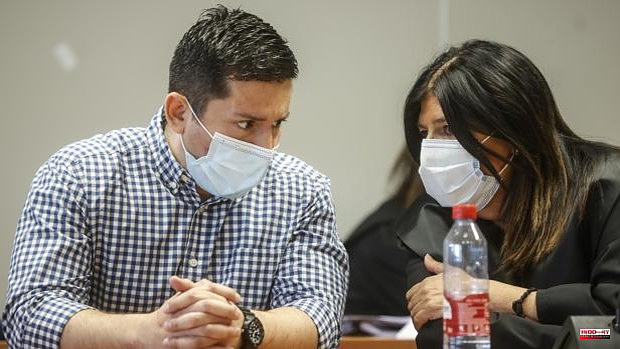 Seven women and two men make up the popular jury that from this Monday and for five weeks will judge Jorge Ignacio Palma, accused of murdering the young Marta Calvo -whose body has not yet appeared-, Arliene Ramos and Lady Marcela Vargas, in addition to abusing eight more women. These nine anonymous citizens will have to determine whether the defendant acted for fifteen months -between the summer of 2018 and November 7, 2019- as a sexual predator by introducing cocaine into the genitals of his victims, in three cases, even lethal by its high purity.

The City of Justice has presented from early in the morning the atmosphere of the most mediatic trials.

After the composition of the court, which has lasted for around two and a half hours, the parties' briefs have been read. The lawyer of eight of the victims, Juan Carlos Navarro, has requested that the name and surnames of his clients be omitted during the oral hearing to preserve their "public identity", a request that the magistrate has rejected when considering that they are women. "brave" who have dared to denounce and are involved in the case. However, after settling a small discussion between the defendant's defense and the prosecutor, it has been agreed to address them with their name and the initials of their surnames, except in the case of the deceased.

The 40-year-old defendant has been in provisional prison since he turned himself in at a Civil Guard barracks and confessed to having dismembered the 25-year-old girl after dying at one of his "white parties." What happened with Marta Calvo uncovered a trail of similar cases allegedly committed by the same man with a similar method. The Prosecutor's Office requests 130 years in prison for Palma, while the accusations ask that the reviewable permanent prison be applied to him. For his part, the defendant's defense asks for free acquittal, since he "never killed or had the intention of killing", "nor did he abuse any" of the victims.

The trial takes place in the Tirant I Chamber of the City of Justice of Valencia, the largest in the complex and the one reserved for macro-causes. In fact, the judge has decided to divide the oral hearing into eleven parts, with a chronological exposition of the facts by witnesses and experts, to facilitate their understanding by the members of the jury, who will deliberate from July 13, according to the initial calendar.

1 Collboni challenges Iceta to a primary if he wants... 2 The PP will send the Government its proposal to renew... 3 The PP of Madrid transfers the contracts of Ábalos... 4 Tanxugueiras, Xabi Aburruzaga and Septeto Santiaguero... 5 They capture a driver who was traveling at 169 kilometers... 6 Two children intoxicated after the fire in an abandoned... 7 Salvini fiasco in the referendum on justice in Italy:... 8 The second strike of the 'contact center'... 9 The birth rate registers historical lows in the Basque... 10 Families who will have free textbooks next year go... 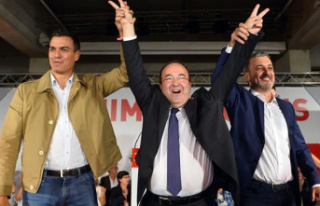 Collboni challenges Iceta to a primary if he wants...