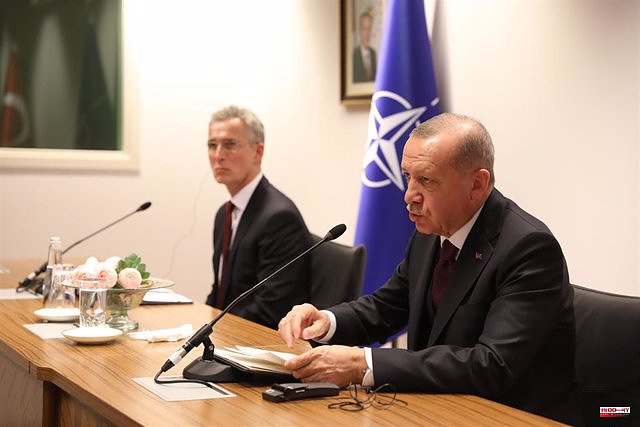 The top leaders of Sweden, Finland and NATO have promised the President of Turkey, Recep Tayyip Erdogan, that Ankara will receive "security guarantees" if he lifts the veto he declared against the accession of the two Nordic countries to the Atlantic Alliance on the understanding that maintain links with groups considered by Turkey to be terrorist organizations.

Both the President of Finland, Sauli Niinisto, the Prime Minister of Sweden, Magdalena Anderson, and the Secretary General of NATO, Jens Stoltenberg, have agreed that they all take into account Turkey's "security concerns" in this regard after the round of telephone conversations held this Saturday and that have not yielded concrete results beyond the verification that they will continue in the future.

"We all agree that the security concerns of all allies must be taken into account," Stoltenberg made known through his Twitter account, where he described Turkey as "a valuable ally" to whom he transferred the "importance of NATO's 'open door' policy and the Swedish and Finnish applications for membership in the face of the Russian invasion of Ukraine".

For his part, Erdogan has informed the Swedish prime minister that Turkey considers it necessary for the Nordic country to break all ties with the Kurdistan Workers' Party (PKK) -- ties that the Swedish government categorically rejects -- although it has recognized that "it still supports NATO's open door policy".

Erdogan also considers that "solidarity within the Alliance, both in terms of the security of the member countries of the organization and of collective security, is its main value," in comments collected by the official Turkish news agency Anatolia.

For his part, the president of Finland, Sauli Niinisto, assured his Turkish counterpart on Saturday that the possible incorporation of his country into NATO would bring security benefits to both countries with the usual strengthening of relations.

Niinisto, who described the conversation with Erdogan as "open and direct", assured that "as NATO allies, Finland and Turkey will commit to mutual security". "Therefore, our relationship will be strengthened," he has asserted in a message posted on his Twitter account.

The president of Finland has also assured that his country "condemns terrorism in all its forms and manifestations" and has not offered more details about the conversation beyond that "the close dialogue continues" between the two countries.

1 NATO: Erdogan calls on Sweden to "end its support"... 2 US and South Korea sign trade memorandum of understanding 3 Leclerc flies in Montmeló with the improvements and... 4 A revolutionary home DNA test to know everything about... 5 Yates repeats victory in Turin and Carapaz wears pink 6 For Zelensky, any alternative to Ukraine's EU... 7 Severe thunderstorm and tornado watch in several regions 8 A demonstration forces the closure of the Honoré-Mercier... 9 Grand Steeple-Chase de Paris, in the race with Dominique... 10 Mbappé stays, PSG celebrates 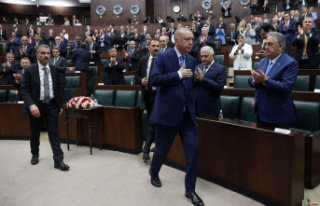 NATO: Erdogan calls on Sweden to "end its support"...