Finland and Sweden plan to apply this week to join NATO

To join NATO or not to join? The governments of Sweden and Finland could answer the dilemma this week. 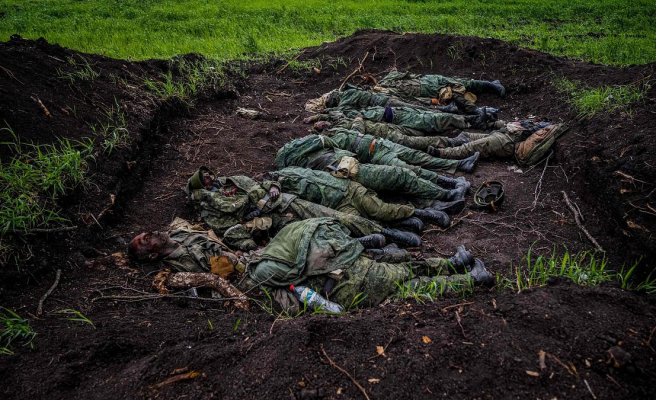 To join NATO or not to join? The governments of Sweden and Finland could answer the dilemma this week. The Russian invasion of Ukraine has shattered the long-held belief that staying out of the Alliance would allow these two Nordic nations to avoid problems with their giant neighbor. In two months the polls have turned around and now the “yes” vote wins by a landslide.

The shock wave of February 24 could have historical consequences: Sweden has been avoiding military alliances for more than 200 years, while Finland – which shares a 1,340-kilometre border with Russia – declared itself neutral after being defeated by the Soviet Union in World War II. World War.

Is Europe safer with a new NATO expansion? Is the state of public opinion in both nations the result of fear or a deliberate reflection? Bruce Jentleson, professor of public policy at Duke University, was yesterday "skeptical" that a formal petition will finally be produced. “I think what we are seeing is the highest point of interest from the Swedes and the Finns to join the Alliance. They are not going to say that they will never enter, but this serves to warn Russia that if it continues with its attitude it will push them to apply for entry”, assures the former foreign policy adviser for the Clinton and Obama administrations, who has visited Barcelona invited by the American consulate.

“The initial reaction is to see only the benefits, the protection that NATO provides. But entering would force them to participate in deployments that perhaps two or three years from now they will not want to do, ”says Jentleson, who doubts that the entry of both countries into the military bloc is positive in terms of European security. "There is a question of balance, you have to think about where Russia fits into all this," he adds.

Jentleson admits that with public opinion with support above 60% (in Finland the latest polls already exceed 75%) governments will have no choice but to request it, but warns of the difficulties that may arise after the formal request, which could appear at the summit next June in Madrid.

Accepting a new member requires the approval of all 30 members, and it's not clear that everyone will welcome them. “Hungary Prime Minister Viktor Orbán will probably resist because of his links with Putin, and maybe there will be small countries that will oppose because the more members, the smaller your influence will be. The Swedes and Finns need to know that they are not going to be embarrassed by internal opposition,” he notes.

Finnish President Sauli Niinistö is expected to announce his position on Thursday. For their part, the ruling social democratic parties in both countries will present their positions this weekend. If your answer is 'yes', there would be strong majorities in both parliaments to initiate the request.

It is already assumed that the Finnish Social Democrats, led by Prime Minister Sanna Marin, support NATO entry, but the situation in Sweden is not so clear. The Swedish Social Democrats have historically been committed to non-alignment, but party leader and Prime Minister Magdalena Andersson has declared that there is a clear "before and after February 24", a mantra they have also repeated in recent days. his ministers. Finnish media pointed out yesterday that the party would have already been decided by yes.

Faced with the foreseeable anger of Moscow, Helsinki and Stockholm have sought in recent weeks a commitment from the allies that guarantees them security during the application period, at which time they would be more vulnerable because they are not yet under the protection of article 5 of the NATO.

Last month, former Russian President Dmitry Medvedev, now vice president of the Russian Security Council, warned that a change of course in both countries would force Moscow to strengthen its military presence in the Baltic. However, military action seems unlikely at a time when Russian forces are barely advancing in Ukraine.

1 Johnson proposes a "bonfire" of European... 2 Biden y Draghi: 3 Musk to reverse decision to ban Trump from Twitter 4 Ukraine interrupts the transit of a third of the Russian... 5 Dismantled a network of 6 War Ukraine - Russia today, live: latest on the invasion,... 7 Why have the Filipinos elected a 8 The violence unleashed in Sri Lanka causes the resignation... 9 Alabama prison deputy warden who eloped with inmate... 10 Prince Charles replaces Elizabeth II for the first... 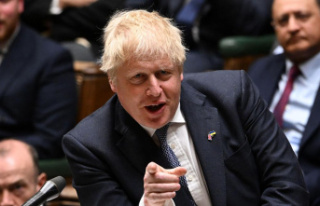 Johnson proposes a "bonfire" of European...