Fifty snipes from all over Spain begin their journey at the San Isidro Trophy, which with the Xacobeo 21-22 Grand Prix at stake, is being held this weekend in the waters of the San Juan reservoir with the help of the Real Club Nautical of Madrid. 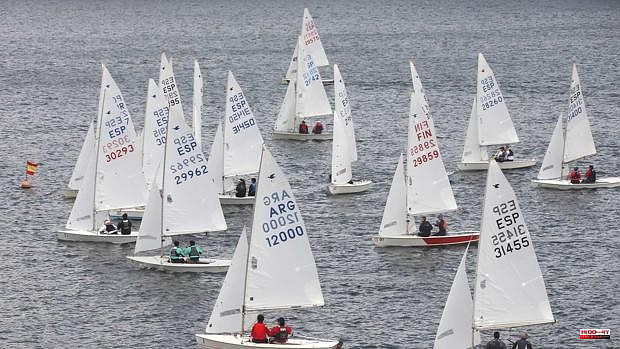 Fifty snipes from all over Spain begin their journey at the San Isidro Trophy, which with the Xacobeo 21-22 Grand Prix at stake, is being held this weekend in the waters of the San Juan reservoir with the help of the Real Club Nautical of Madrid.

The technical manager of the San Isidro Trophy is César Sanz from Biscay, from Marítimo del Abra de Getxo, one of the most prestigious judges at a national level. The competition will start on Saturday at the edge of one in the afternoon, consisting of a program of five sleeves of approximately one hour, in such a way that in one day there are three maximum to be held.

Units from Galicia, Asturias, the Basque Country, Madrid, Valencia, the Balearic Islands, Andalusia, Murcia and the Canary Islands... have already confirmed their presence in Madrid waters.

It should be noted that the conditions in San Juan are excellent, with the facility close to the capacity limit... so the highest technical manager, César Sanz from Biscay, will have no obstacles in setting up a quality regatta course for this event which is immersed in the National Circuit of the Snipe Class of Spain.

The level is frankly high, with a couple that a priori starts with the favorite band: the Galician from Vilagarcía de Arousa Martín Bermúdez and the Asturian Angela Pumariega, Olympic gold medalist from the Real Club Astur de Regatas de Gijón. On behalf of the historic Galician fleet, there are snipistas from the Real Club Náutico de Vigo, in the case of Juan Manuel Estévez and Ricardo Salgado; or Enrique Lago and Juan Estévez… on the herculean side Jaime de Miranda and Nuria Lacera.

By the Maritime of the Abra of Vizcaya stand out the tandem composed of Carlos Morata and Andres Traspaderne ... Aníbal Herrero and Asensio Martinez. The fleet is very numerous with snipers from the Real Nautical Club of Valencia, such as José Luis Maldenado and Ana Sofía; Alexander Triggiano and Maria Safar.

The Naval Regatta Commission, both that of Cádiz and that of Palma de Mallorca, have as exponents Alvaro Mac Kinlay-Cristina González and Enrique Flethes who sails with Gonzalo Millán. Fernando Juárez Marrero and Fernando Juárez Reguero will be in the regatta for the Canarian fleet and belonging to the Real Club Náutico de Gran Canaria in Las Palmas. All of them are some of the examples of the powerful fleet that will be measured in the Sea of ​​Castile, with prominent units from different parts of the Peninsula.

As well as a strong representation of the Real Club Náutico de Madrid, with snipists such as Julio Soria-Ignacio López, Alfonso Oña-Teresa Béjar, David Peralta-Vicente Morera, Fabio and Andrea Bruggioni... without forgetting the Murcian female couple of the Real Club de Regatas from Cartagena Veronica Bailly and Catalina Amador.

1 'Querellator', the modest soccer coach who... 2 The PSOE asks the National Court to reopen 'Kitchen'... 3 Mbappé will decide his future between two "almost... 4 La Ronde: the 2022 season starts this Saturday 5 Spain: back from exile, ex-king Juan Carlos acclaimed... 6 The Eurogroup will debate this Monday the economic... 7 Mbappé must decide between two "equal"... 8 Cerezo: "Eavesdropping on Rubiales is completely... 9 They reveal the identity of the marriage that has... 10 DIRECT. Giro 2022: the hat-trick for Démare, Bardet... 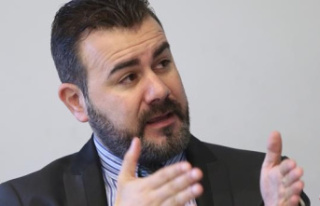 'Querellator', the modest soccer coach who...