The 'Network of Socially Responsible Municipalities' is now in its third edition, increasing to 15 the municipalities that have joined it and promoted by the Toledo Provincial Council and the Crcap Group of Social Entities with the collaboration of the member municipalities. 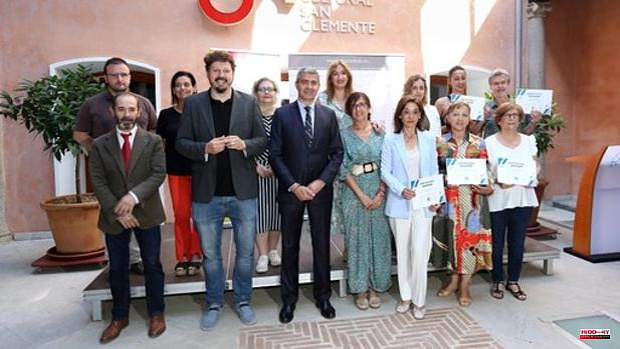 The 'Network of Socially Responsible Municipalities' is now in its third edition, increasing to 15 the municipalities that have joined it and promoted by the Toledo Provincial Council and the Crcap Group of Social Entities with the collaboration of the member municipalities.

This was highlighted this Tuesday by the president of the Toledo Provincial Council, Álvaro Gutiérrez, and the president of Cecap, Andrés Martínez, when presenting the third edition of the Socially Responsible Municipalities programme, which this year will mean that, thanks to this network, 15 people with disabilities will be contracted by the local administrations of their respective municipalities.

The event was held at the 'San Clemente' Cultural Center and was accompanied by the Vice President of Education, Culture, Equality and Social Welfare, Ana Gómez, and by mayors and councilors from the 15 municipalities that make up the network this year: Madridejos , Yuncler, Mora, Los Yébenes, Noblejas, Torrijos, Consuegra, Borox, Talavera de la Reina, La Puebla de Montalbán, Camarena, Guadamur, Ajofrín, Pantoja and Cazalegas.

The provincial government and Cecap launched the network in 2020. "We took a step forward and opened a new path to promote social inclusion through employment opportunities for people whose disability makes it difficult for them to access the labor market," said Gutiérrez.

Gutiérrez valued the involvement of the local administrations of the province of Toledo and thanked the city councils incorporated into the network for their response "to the challenge of strengthening their active employment policies, carrying out social responsibility actions and bringing that opportunity closer of work to the municipalities of residence of the boys and girls of Cecap».

The president of the Diputación also thanked Cecap and its Futurvalía tool for "their trust in the Diputación and my Government to jointly promote this network and to continue developing this program".

One of the novelties introduced in the 2022 edition is the incorporation of professional training for future city council workers, which will undoubtedly have an impact on improving their training and their possibilities of accessing the labor market.

For his part, the president of the Group of Social Entities Cecap, Andrés Martínez, thanked the Toledo Provincial Council for the trust it places in the group to act as a technical tool in the revitalization and coordination of the network. «This is a collaborative network that wants to work and share social action policies and thereby generate a transfer of knowledge, experiences and good practices, which allows town councils to work on strategies that allow them to achieve the goals of the SDGs of the 2030 Agenda”.

Another important novelty of this edition is that future workers will have a theoretical training of 50 hours in the offices of the Diputación de Toledo.

Finally, a joint work network has been created between the local corporations themselves, the Toledo Provincial Council and the CECAP Group, in which shared problems of the different municipalities will be addressed and work will be shared in the generation of new responses, as well as in the sharing of good local practices that have generated a positive impact in the municipalities and that could be replicated.

1 Seventh wave of Covid: cases skyrocket in Castilla... 2 The residents of Río Yedra street ask the gates of... 3 Nicola Sturgeon outlines her plan to hold a second... 4 Joe Biden lands in Madrid to participate in the historic... 5 How can Russia's suspension of payments affect... 6 Sakhalin, the strategic and energy 'paradise'... 7 Follow live the Cerundolo - Nadal 8 Shock in Formula 1 after Nelson Piquet calls Hamilton... 9 Arrested for throwing two glass glasses and threatening... 10 Mazón, on the Oltra case: "There is no consistency... 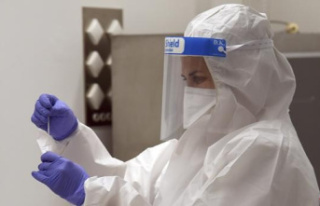