The chef and co-owner of elBullirestaurante, Ferran Adrià, acknowledged this Monday at the Atapuerca sites (Ibeas de Juarros, Burgos) that "he has tried to make a theory of cooking with the hypotheses and theories of the co-directors of the Atapuerca project". 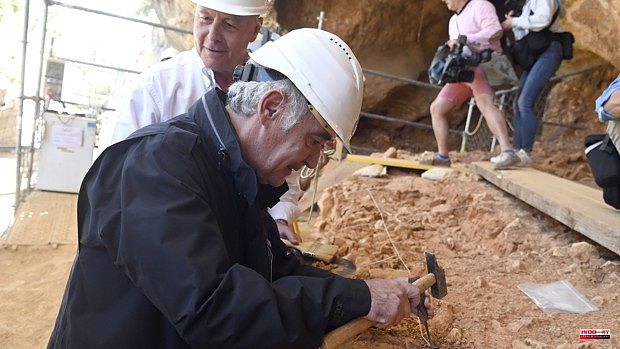 The chef and co-owner of elBullirestaurante, Ferran Adrià, acknowledged this Monday at the Atapuerca sites (Ibeas de Juarros, Burgos) that "he has tried to make a theory of cooking with the hypotheses and theories of the co-directors of the Atapuerca project".

He said this during the simple act of appointment as the fifth Ambassador of the Atapuerca Foundation, in which the three co-directors, Juan Luis Arsuaga, Eudald Carbonell and José María Bermúdez de Castro, presented him with a diploma, an accreditation card and of an insignia in front of the Gallery site, in the Trench of the Railway.

"I have been closely linked to Atapuerca and I have tried to understand what cooking is and for that, when cooking began", he stated, while recalling his first visits to the Burgos mountains some ten years ago, which meant, he stated, «a before and after in the way of understanding cooking» because «human evolution is linked to food and food is linked to cooking».

"I have fallen in love with history coming here (to Atapuerca) because if you don't know history, you don't know the present", Adrià asserted, while recalling that "for several years" he has been trying to decipher the genome of cuisine and everything that I have learned here from the three co-directors has been fantastic».

In this way, Ferran Adrià referred to his collection of books dedicated to the History of Gastronomic Restoration in the West, 'The origins of cooking', published by Bullipedia, whose first volume was 'Paleolithic and Neolithic' and which will be followed another seven more volumes that will complete the collection in 2024.

The co-director of the Atapuerca project, Juan Luis Arsuaga, underlined in the act in which this distinction was awarded to the prestigious chef that "the local and the universal can be related" and that "this is the miracle of cooking and gastronomy ». "Restaurants are part of the local geography, it's spread all over the world and it's known everywhere," he added. «By playing the roots, the local, the proximity and extending it to the whole world and relating cultures», he exclaimed.

Thus, he has applauded, like the other two co-directors, this appointment with which "he is given the key to enter the sites without asking for permission", while he made public that for an hour, the new Ambassador and his wife , as well as the cardiologist and novelist and one of the most relevant basketball players of the 70s and 80s, Juan Antonio Corbalán -who attended the event as Ambassador of the institution since 2017- will work 'in situ' in the archaeological excavations of the Sierra de Burgos so that they "earn their food," reports Ical.

1 The keys to request the new FP scholarships for families... 2 98.67% of students obtain a place in their educational... 3 The region has in Valdepeñas the largest still wine... 4 The Generalitat believes that the TSJC's response... 5 The Diputación de Soria opens the term to apply for... 6 The Valencian river chosen among the six best in Spain... 7 The TSJ returns the investigation against Mónica... 8 Complaint of the Education unions for the lack of... 9 The number of women who decide to rehabilitate themselves... 10 Princess Leonor and Infanta Sofía continue their... 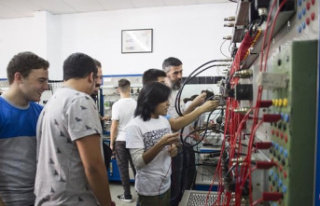 The keys to request the new FP scholarships for families...