Felipe VI will travel to Abu Dhabi today to convey his condolences to Mohamed bin Zayed al Nahayan, who has become the new president of the United Arab Emirates (UAE) and Emir of Abu Dhabi after the death on May 13 of his stepbrother Sheikh Khalifa bin Zayed al Nahyan, aged 73. 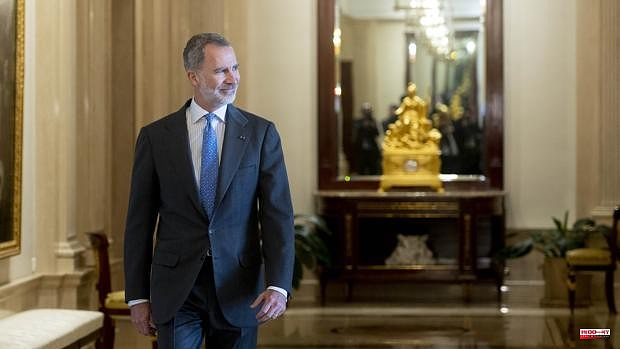 Felipe VI will travel to Abu Dhabi today to convey his condolences to Mohamed bin Zayed al Nahayan, who has become the new president of the United Arab Emirates (UAE) and Emir of Abu Dhabi after the death on May 13 of his stepbrother Sheikh Khalifa bin Zayed al Nahyan, aged 73.

The King will travel to the capital of the UAE as Head of State, so it is an institutional visit. It is expected that the presidents of France and Turkey, the Kings of the Belgians and those of the Netherlands, as well as the president of the Council of the European Union, Charles Michel, will also attend.

According to sources from the Palacio de la Zarzuela, the King will go and return on the day and will be accompanied on this trip by the Undersecretary for Foreign Affairs, EU and Cooperation, Luis Manuel Cuesta.

"Once his condolences have been transferred to the head of state of the United Arab Emirates, the King will embark on his return trip to Madrid," they explain.

This is the first visit of Felipe VI to Abu Dhabi since Juan Carlos I decided to settle in this emirate in 2020. On March 7, the King's father expressed to his son his intention to establish his permanent residence there and, after the file by the Prosecutor's Office of the causes for which he was being investigated, informed him of his intention to visit Spain "frequently", but that trip has not yet taken place. It seems that it will be then, the day that Juan Carlos I is in Spanish territory, when the meeting between father and son will take place. As ABC has learned, "the King goes to Abu Dhabi to express condolences and nothing else" and "will see his father when he comes to Spain."

Until now Crown Prince Mohamed bin Zayed al Nahyan, was considered the de facto president of the UAE and emir of Abu Dhabi since 2014, when his predecessor Khalifa bin Zayed al Nahyan retired from public life after suffering a stroke. This was expressed this Saturday by the Supreme Federal Council of the United Arab Emirates in a statement collected by the official news agency WAM, where they explain that the crown prince has been elected as the new president of the country: «Mohamed bin Zayed is the shadow of Khalifa and its extension in us. We congratulate him, we swear allegiance to him, and our people swear allegiance to him."

Juan Carlos I has resided in Abu Dhabi since 2020 as a guest of Mohamed bin Zayed al Nahyan. Enjoying his company, Don Juan Carlos appeared in the photograph published by Cope at the beginning of 2021, with which the information that suggested that he was going through a very delicate moment of health was denied.

Before his arrival in 2020, the now Emir of Abu Dhabi reformed one of his residences so that Felipe VI's father felt at home. The house is located in the Al Bateen urbanization, full of high-rise hotels overlooking the gulf, where Mohamed bin Zayed al Nahyan also lives.

1 Aleix Espargaró narrows the siege of Quartararo with... 2 McDavid and the Oilers finally get the better of the... 3 Djokovic - Tsitsipas | Schedule and where to see the... 4 Indisputable triumph of Bastianini in Le Mans 5 Sestao will seek promotion to 1st RFEF in the play-off 6 The discount sentences the dream of the rise of Portugalete 7 Augusto Fernández debuts in Moto2 this season 8 Strong fall in the Giro de Pello Bilbao, which is... 9 Masiá presents his candidacy for the Moto3 title 10 The Metropolitano celebrates the Champions League... 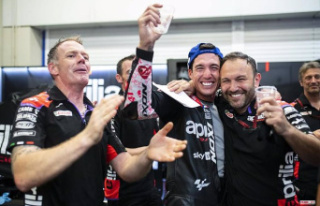 Aleix Espargaró narrows the siege of Quartararo with...