The Hurdes that the King and Queen visited yesterday to celebrate the centenary of Alfonso XIII's trip have nothing to do with the region that Felipe VI's great-grandfather found in June 1922, when he rode through the villages in the area - isolated by the lack of roads - with the highest mortality, hunger and illiteracy rates in Spain at the time. 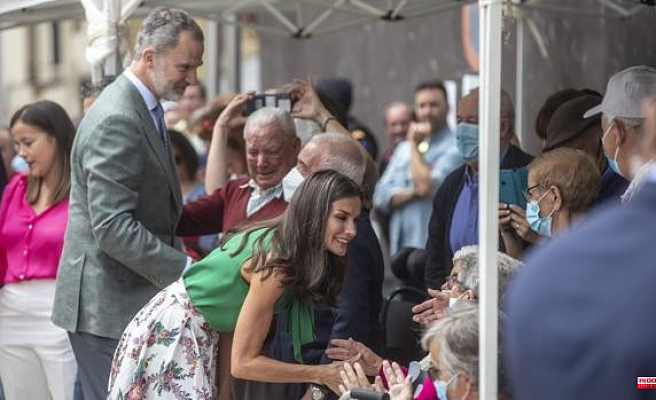 The Hurdes that the King and Queen visited yesterday to celebrate the centenary of Alfonso XIII's trip have nothing to do with the region that Felipe VI's great-grandfather found in June 1922, when he rode through the villages in the area - isolated by the lack of roads - with the highest mortality, hunger and illiteracy rates in Spain at the time.

Now the challenges in Las Hurdes are different. There are projects to continue promoting sectors such as beekeeping and tourism, which generate the creation of jobs to combat depopulation. The Kings were interested in these objectives during the meeting they held with representatives of civil society from the six municipalities of Las Hurdes.

After an hour of meeting with all of them - "it has been short for us", commented Doña Letizia -, Don Felipe affirmed convinced that "there are future prospects" there. On the visit, which lasted all morning, the King declared that "it is an extraordinary experience to move around this country, especially in the most remote areas."

«We greet with all affection from this City Council of Pinofranqueado all the city councils and neighbors of the Las Hurdes region. It is a joy for us to come to this region remembering the historic visit of King Alfonso XIII a hundred years ago, ”the Kings wrote in the signature book of the Consistory of Pinofranqueado, the town they visited yesterday.

"At the same time, we want to welcome and support all efforts to meet all the needs of rural Spain, as well as appreciate and learn about its traditions and values ​​that are an important part of the vitality and identity of our country. Our best wishes to everyone and our gratitude for the affection with which they have received us, “they added.

The inhabitants of Las Hurdes poured themselves into this visit by the King and Queen, which lasted throughout the morning. And Don Felipe and Doña Letizia returned all that affection with all kinds of gestures: greetings, selfies, photos with children and babies in their arms, kisses, hugs... And the visibility that their visit will bring to the region from now on, as happened with the historic trip of Alfonso XIII.

“It is very exciting to shake hands with the King. We have a very cool King. Handsome, friendly and very well presented," said Elvira, 70, one of the 1,700 residents of Pinofranqueado. Everyone took to the streets of the town to accompany the King and Queen on a visit in which cheers for the King and the flags of Extremadura were not lacking. Its colors precisely -green and white- dressed Doña Letizia.

“It is very exciting to see them. I love both of them. They shake hands very hard, and I think they do it to convey affection," added María, 90, who waited impatiently in the town hall square for Don Felipe and Doña Letizia.

Two seven-year-old girls dressed in regional costumes from Las Hurdes guided the King and Queen through one of the Pinofranqueado streets that lead to the town hall. Residents of the six municipalities, 35 farmhouses and the local entity that make up the Las Hurdes region also approached the town. An area that, with an area of ​​500 square meters, has a total of 5,694 inhabitants.

The Minister of Territorial Policy and Spokesperson, Isabel Rodríguez, and the President of the Junta de Extremadura, Guillermo Fernández Vara, were part of the entourage that accompanied the King and Queen throughout their visit, in which they also enjoyed a traditional dance of shepherds that they were shown 19 children between the ages of eight and ten; and a walk along the banks of the Los Angeles River, from where they said goodbye to Pinofranqueado. “This visit has been wonderful. The affection of the people, the best”, concluded the King.

1 Muller-Weiss, the chronic injury that torments Rafa... 2 In terminal phase of cancer, a Briton raises 4 million... 3 Germany legalizes the expropriations of energy companies... 4 The Covid claims 29 more lives in three days and adds... 5 The Catalan rectors attack the sentence of 25% of... 6 A councilor from Podemos among the possible victims... 7 Yoko Ono displays a banner on the Musac façade with... 8 Free programming and for all audiences at IVAM for... 9 Ukraine: first trial for war crimes will begin on... 10 The CEOE assigns duties to Sánchez for the presidency... 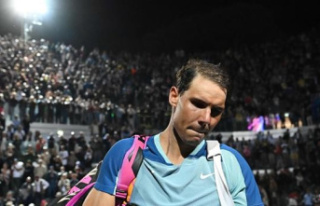