Felipe VI will be the guest of honor at the Champions League final that will face Real Madrid and Liverpool this Saturday at the Saint Denis stadium in Paris. 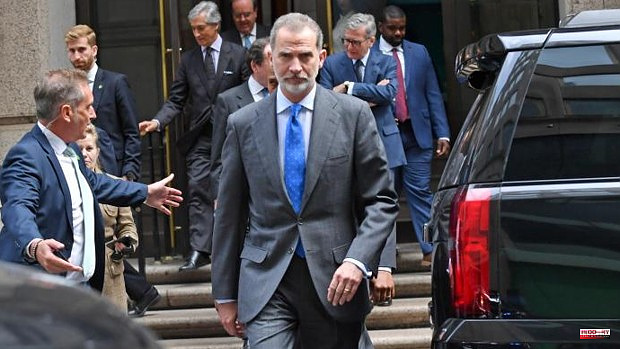 Felipe VI will be the guest of honor at the Champions League final that will face Real Madrid and Liverpool this Saturday at the Saint Denis stadium in Paris. The King will attend his second final as monarch after also witnessing live, in 2016, the final that Real Madrid beat Atlético at the San Siro stadium in Milan.

Don Felipe planned to travel to the French capital after presiding over the Armed Forces Day event in Huesca together with Queen Letizia.

In the final in 2017, in Cardiff, and the following year in kyiv, both played by Real Madrid against Juventus and Liverpool, respectively, it was King Juan Carlos who was in the box representing the Royal House.

Outside the political and institutional arena, the presence of tennis players Rafa Nadal and Carlos Alcaraz, two well-known Madridistas who will take advantage of their presence in Paris for the Roland Garros dispute, is also expected so as not to miss the final. Zinedine Zidane, who these days has attended the Grand Slam as a spectator, will also go to the Stade de France to experience the duel of his former team.

Real Madrid will also have last-minute reinforcements in the final. Ibai Llanos will be another of the luxury guests in the Champions League final. The famous streamer, a well-known fan of the white team, will broadcast the preview of the match on his channel and then you can follow it live from one of the areas of honor of the Parisian Coliseum.

Yesterday, after the Madrid training session, Llanos received a very special gift from Álvaro Arbeloa, a former white player and one of the club's ambassadors, who gave him a team shirt with his name printed on it and the number 10 on the back. The famous narrator did not have it all with him in the hours before the final...

1 Liverpool - Real Madrid, the Champions League final... 2 Putin is headed for a "devastating" defeat... 3 Grenoble. Traffic is disrupted following an accident... 4 Angelo Sodano is now deceased. 5 Commitment of the Board to continue supporting the... 6 Four arrested for attacking each other with sticks... 7 Enfuriated Pharmacy: "If you don't add humor... 8 Perigueux: She misses her niche, and ends up in a... 9 Roland-Garros: End of the fairy tale for Leoliajean... 10 Darvin Ham, a rookie to refloat the Lakers 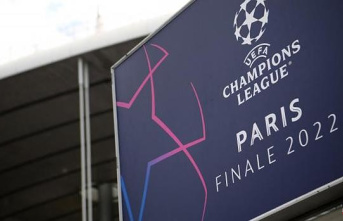