Justice has not been done with Feliciano López Díaz-Guerra (Toledo, 1981). 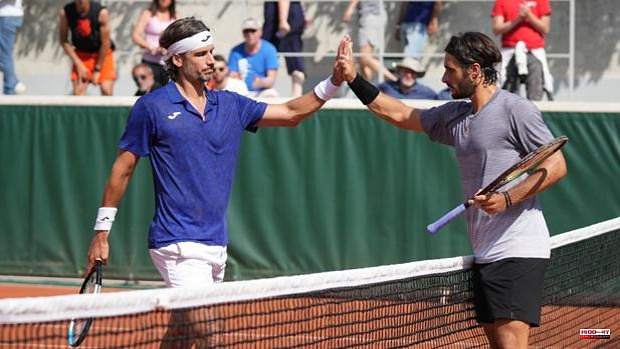 Justice has not been done with Feliciano López Díaz-Guerra (Toledo, 1981). Now that he has turned 40, that his days as a professional are over and that he has left the Top-100 of the ATP ranking, the tennis player has just set a record that will be very difficult to beat. Curiously, he arrives after a defeat, on a remote track, without television cameras and with hardly any public.

Feliciano López fell this week against the Italian Gian Marco Moroni 1-6 and 6-7 (4) in the first round of the Roland Garros qualifiers, he will not be in the main draw and it will be the first time he does not play the individual tournament of a Grand Slam in 20 years.

Exactly two decades have passed since then. As an example of his extraordinary longevity, it is worth noting that of the 32 seeds at Roland Garros 2002, all have already retired, except one: Roger Federer. These were the top ten favorites by ranking: Lleyton Hewitt (1), Marat Safin (2), Tommy Haas (3), Andre Agassi (4), Yevgeny Kafelnikov (5), Tim Henman (6), Gustavo Kuerten (7) , Roger Federer (8), Thomas Johansson (9) and Sébastien Grosjean (10). However, the tournament was won in the final by Albert Costa against Juan Carlos Ferrero (6-1, 6-0, 4-6 and 6-3).

Well, the tennis player from Castilla-La Mancha has been present at all the Grand Slams since then. In total, 79 consecutive tournaments, a mark that will be very difficult to beat because of what it means to be consistent at the highest level in a sport in which the mind, as well as the physical, plays a fundamental role. The Italian Andreas Seppi, who has also been eliminated in the run-up to this Roland Garros and will not be able to continue adding, has remained at 66. Fernando Verdasco managed to accumulate 67, while Federer accounted for 65.

'Feli' also holds the record for most Masters 1,000 appearances, where he has played 139 tournaments to Federer's 138. And he could still surpass the Swiss in Grand Slam appearances, since the Swiss has been in 81 and the man from Toledo in 80 (to the 79 consecutive appearances, Roland Garros 2001 must be added).

In the Grand Slams he has managed to reach the quarterfinals four times: three at Wimbledon (2005, 2008 and 2011) and once at the US Open (2015), falling against Lleyton Hewitt, Marat Safin, Andy Murray and Novak Djokovic, respectively. Both his great serve and his good performance at the net have undoubtedly favored him on fast surfaces such as grass and hard courts.

1 Materials, finishes... Personalized business jets... 2 DIRECT. Giro 2022: victory for Yates, the classification 3 Roland-Garros 2022: Alcaraz, Zverev... Sunday's... 4 Finland, Sweden and NATO try to appease Erdogan with... 5 NATO: Erdogan calls on Sweden to "end its support"... 6 US and South Korea sign trade memorandum of understanding 7 Leclerc flies in Montmeló with the improvements and... 8 A revolutionary home DNA test to know everything about... 9 Yates repeats victory in Turin and Carapaz wears pink 10 For Zelensky, any alternative to Ukraine's EU... 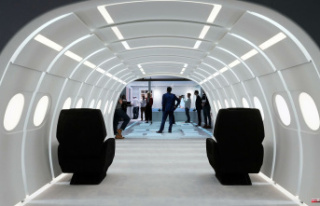