Feijóo recites article 2 and settles the controversy in the PP: «Spain is the oldest nation in the world»

Alberto Núñez Feijóo is in Ceuta this Tuesday, just one year after the migratory crisis experienced in the Autonomous City, and the same day that the border with Morocco is reopened. 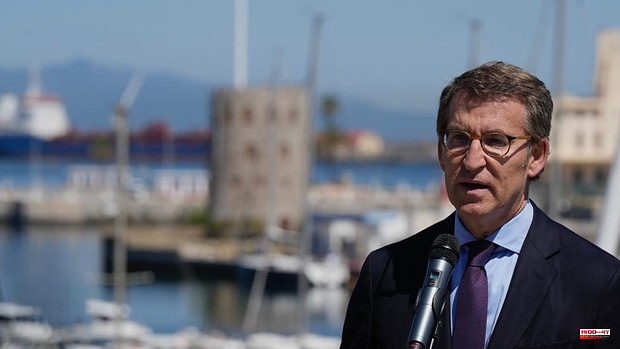 Alberto Núñez Feijóo is in Ceuta this Tuesday, just one year after the migratory crisis experienced in the Autonomous City, and the same day that the border with Morocco is reopened. From Ceuta, Feijóo has wanted to settle the controversy that arose in the PP about the Spanish Nation and has done so by reciting article 2 of the Constitution and emphasizing that Spain is not a plurinational State "nor will it be."

That the president of the PP had to go out to remember what article 2 says and the position of his party on the unity of Spain gives an idea of ​​the confusion that had settled in the party in recent days, due to the autonomist discourse and defender of the "nationalities" of its leaders, and by other statements by Elías Bendodo, general coordinator, in 'El Mundo', in which he stated that Spain is a multinational state.

Bendodo corrected his words yesterday and attributed them to an error.

In Ceuta, Feijóo has defended the Spanish nature of Ceuta and the territorial integrity of Spain. Thus, it has expressed its commitment to this part of Spain, the integrity of the national territory of Spain and to the Constitution and to a "State opposition, which knows very well that the State is not negotiated, that the organization and territorial distribution of Spain it is not negotiated and the application of the Constitution is not negotiated, and that the sovereignty of a nation, the oldest in the world together with France, which is Spain, should not be negotiated by any government either”.

«What is Spain is defined by our history for 500 years. And Spain is very well catalogued, identified and described in article 2 of the Spanish Constitution. The Constitution guarantees the indissoluble unity of the Spanish Nation, the common and indivisible homeland of all Spaniards and guarantees the right to autonomy of the nationalities and regions that make it up », he recited.

1 Bryan Adams will perform in Illescas on July 22 as... 2 María Tello debuts with the Spanish hockey team 3 Mobile phones hacked to soccer players: what do they... 4 The leaders of the black market for the sale of butane... 5 Nadal will seek the fourteenth crown at Roland Garros 6 Museum Day 2022 in Valencia: free tickets, new schedules... 7 Rueda claims "linguistic cordiality" and... 8 Affected by inhaling smoke a pregnant woman by a burnt... 9 The first Canarian coin, located in a market within... 10 The 'Crims' program identifies the young... 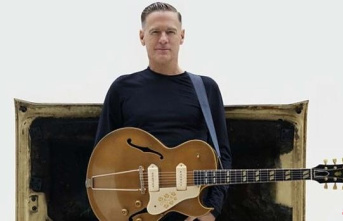 Bryan Adams will perform in Illescas on July 22 as...