Alberto Núñez Feijóo has been appointed autonomous senator by the Parliament of Galicia, with 41 favorable votes from the Popular Group, and 31 in white -to show his rejection- of the opposition parties, BNG and PSOE, in an extraordinary plenary session, which it started at 16. 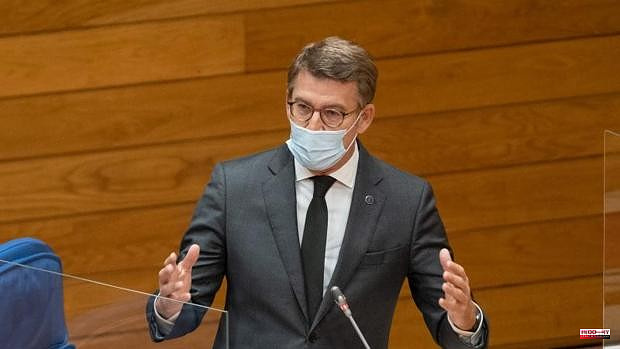 Alberto Núñez Feijóo has been appointed autonomous senator by the Parliament of Galicia, with 41 favorable votes from the Popular Group, and 31 in white -to show his rejection- of the opposition parties, BNG and PSOE, in an extraordinary plenary session, which it started at 16.00 and it had preceded the ordinary in the Cámara. The usual morning schedule has now become afternoon, given the King's visit this morning to Vigo, with the acts in which he has been accompanied by the President of the Xunta, Alfonso Rueda, and by Feijóo himself.

In the same vote, at the ballot box, the Deputy Secretary of Organization of the PP, Miguel Tellado, has also been designated a senator.

Both, at that time still in possession of their minutes as regional deputies, have participated in the vote in O Hórreo, but without voting for themselves. They replace Elena Muñoz, recently appointed to a position in the second vice-presidency of the Xunta, and Juan Carlos Serrano.

Immediately, both the president of the PP and his faithful squire, now in national politics, have proceeded to formalize their resignation before the members of the Bureau, after announcing the president of Parliament, Miguel Santalices, a recess of "two minutes" to solve a "procedure", with which they have ceased to be deputies in the Galician Chamber. In the case of Feijóo, it means saying goodbye after 16 years, the first three at the head of the opposition.

Although it has been for barely a quarter of an hour, Feijóo, for the first time in 13 years, has not occupied his usual chair, blue (the one reserved for members of the Galician government) and in the front row, in the right corner observing from the Presidency ; but the one located immediately behind, brown, which on this occasion has been given to him by the popular spokesman Pedro Puy -who has gone to vote, despite the fact that he is recovering from a heart attack, which he suffered in full investiture of Rueda-. P

«I sat down again in the seat of head of the opposition and I felt very well. That was where I started and where it all began”, Feijóo commented in subsequent statements to the media, before returning to Madrid. “If the Spanish want, one day, probably, I can sit in the seat of president [of the Government], but that is not the priority now. The priority is to take office tomorrow as a senator (...) and defend the interests of Galicia. With that mandate I'm leaving. I turned 16 and I will complete the remainder of my term », he added.

Asked if he is already looking forward to facing Sánchez in the Senate, he has assured that "the truth is that I have not considered it", and that he will do so, in any case, from June 7, but he has reduced the importance of those dialectical clashes. «In the control sessions, normally, if the president has well prepared the session, he usually wins them. Why close them. I have done control sessions in the opposition and in the government », he recalled. "I know perfectly well that a control session in government is very comfortable." In any case, as it corresponds to him, now, to be of the other, he assumes the new role by changing Galicia for Madrid: «I will fulfill my commitments as head of the opposition».

1 How to get tickets to the Bernabéu to see Real Madrid... 2 Schedule and where to see Nadal - Moutet 3 Garamendi now rejects the increase in pensions with... 4 Moonage Daydream: David Bowie in 50 years of unpublished... 5 García-Gallardo, to Ayuso: «He has plenty of time... 6 Mikel Landa does not waver in his dream of winning... 7 Reynés (Naturgy) joins the alliance of managers committed... 8 Giro: Czech Jan Hirt wins the 16th stage 9 Benzema talks about his Instagram posts: "It's... 10 Roland-Garros: Tsonga loses to Ruud for his last match 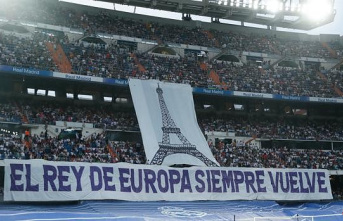 How to get tickets to the Bernabéu to see Real Madrid...