Feijóo ditch: "It is evident that Spain is not a multinational state"

"Spain is not a multinational state, nor will it ever be. 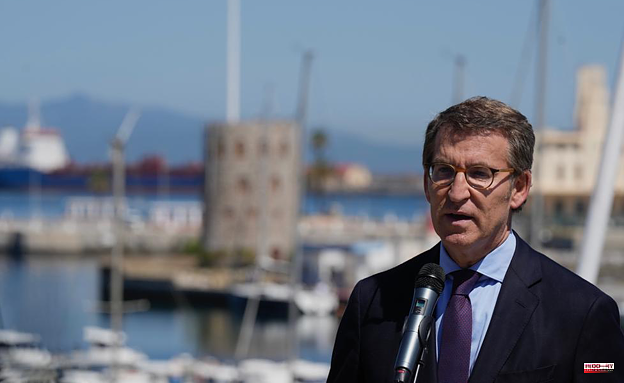 "Spain is not a multinational state, nor will it ever be." With this statement, Alberto Núñez Feijóo has considered this Tuesday as settled the controversy surrounding some statements by the general coordinator of the PP, Elías Bendodo, nuanced by himself, and that the party leadership attributes to an “error”. "What Spain is is defined by our history in the last 500 years, and Spain is very well catalogued, identified and described in article two of the Spanish Constitution," said the leader of the popular visiting Ceuta on Tuesday, on the day the border with Morocco is reopened.

Feijóo has assured that «the debate does not exist» since the Magna Carta guarantees the «indissoluble» unity of the Spanish nation, as well as «the right of the autonomies and of the nationalities that comprise it». «It is evident that Spain-he has underlined-is not a multinational state. It's obvious », he stressed.

The Galician leader has once again vindicated the PP as the party that was born to draft the Magna Carta and that will continue to guarantee its strict compliance. And he has also emphasized that "this is the ideology of our party: It has been, it is and it will continue to be for as long as the PP exists."

Feijóo has also expressed his commitment to Ceuta, to the integrity of the national territory and to the Constitution, and has warned the Government of Pedro Sánchez "that the State is not negotiated." And he has also criticized the Government's change of position on the Sahara, thus breaking the consensus of international politics without him having yet explained the causes, and against the opinion of the Cortes Generales.

1 Aramis Group (Stellantis) buys the Spanish Clicars... 2 Andueza responds to Esteban: "No one is going... 3 Ukraine confiscates assets valued at more than 400... 4 AFE asks the CSD to investigate the alleged espionage... 5 Surprise visit by Elizabeth II to inaugurate a metro... 6 The Generalitat appeals the order to apply 25% of... 7 Basque hip hop and folklore rhythms for the Basque... 8 Tolón says that she would be proud to be declared... 9 PSC, ERC and commons give Junts 24 hours to close... 10 Ximo Puig dodges parliamentary control during the... 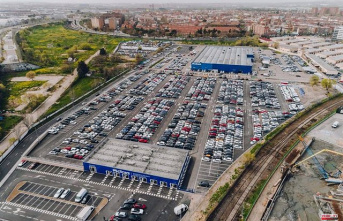