The PP leader asks to focus on the economy and Ayuso believes that they should defend principles without letting the "left colonize problems". 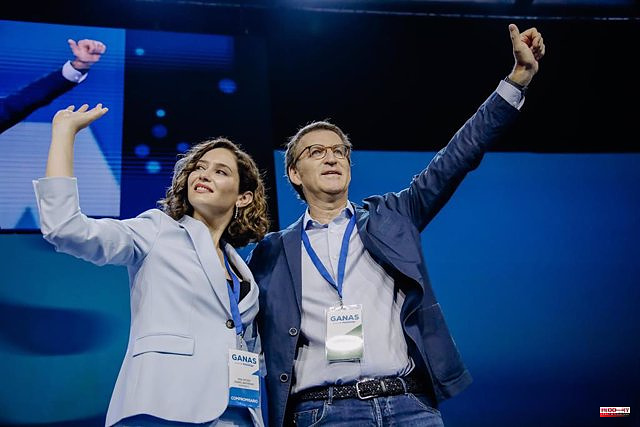 The leader of the PP, Alberto Núñez Feijóo, and the president of the Community of Madrid, Isabel Díaz Ayuso, have agreed this Saturday to show their "desire to be useful" to Spain, but they have exhibited different styles when confronting the Government of Pedro Sanchez. While the former has defended focusing on the economy and not entering the "sterile debates" of the PSOE Executive and United We Can, the Madrid leader has asked to defend principles and ideas, without letting "the left colonize problems and pervert even words ".

The two styles have been displayed in their respective speeches at the closing of the 17th congress of the PP in Madrid, which has been held at Ifema, in which Ayuso has been crowned president of the party with 99.12% of the votes, above of 98.35% that Feijóo achieved at the Seville congress on April 1 and 2, an advantage of "one point" that he himself recalled in his speech.

Feijóo has assured that it is "evident" that he and Isabel are "different" people, belong to "different generations" and have "different backgrounds and trajectories". He has even joked that he comes from the highlands, where there are "more kilometers of coastline than in Madrid", and she from the center of the plateau "where it is 37 degrees today.

"But the true and the truth, jokes aside, we both want the same thing. We believe that in politics you come to serve and not to be served. We both believe that institutions should contribute to improving the economy, social cohesion and the well-being of citizens", he stated.

Feijóo has once again emphasized what unites them because they both believe in the Spain of "honesty, talent and entrepreneurship". "Ultimately, we both want to, want to serve our country. And that is the fundamental thing about politics, wanting to serve by being useful to our country," he asserted.

That said, the president of the 'popular' has defended before Ayuso and the Madrid PP to focus on the economy and what worries citizens, without going into the "smoke screens" and the "sterile debates" that he puts on top of the table the Government of Pedro Sánchez, which he considers the "least prepared, weakest and most divided" of democracy.

Feijóo has affirmed that he has come to the PP to "improve the country, its politics, its economy and its institutions" and has warned that even the CIS collects that the main problems that concern people are the crisis and unemployment. For this reason, he has made it clear that "that is what they are going to dedicate themselves to" in the PP until the polls open.

In his speech, Ayuso has been faithful to his style and has entered the melee against the Government of Pedro Sánchez, which he has described as "totalitarian" and the "least loyal to the Spanish", and has maintained that in the center-right are obliged to defend "principles and ideas" and to confront "populism, communism, tyrannies" and "to correct the gentlemen of the left" who impose how one should feel and, above all, give women "lessons in politics".

"The center-right cannot let the left colonize problems and pervert even words and then go on to fix the economy while the ideological transformations of the left take hold," claimed the president, who pointed out that the PP "has to leave their mark, that of their convictions and ideas in the construction and defense of reality".

Despite the differences in the speech, Ayuso has claimed that the PP is "the party of Alberto Núñez Feijóo". "Thank you, President, thank you for your trust, because this is possible thanks to you. You are honored by the step you have taken. I cannot even imagine what it is like to be stripped of a project such as that of the Presidency of a Government like the of the Community of Madrid, with everything I have put into it, and take a step to be at the forefront of all of Spain today", he stated.

The president has emphasized that Feijóo and she are "partners", despite the fact that "now there is a hierarchy", and has recalled that they have shared being "during the most difficult moments of the pandemic" where they have "fought like titans" . Thus, she has promised, from Madrid, not to fail him. "May God tell me what to do in this life, to give everything so that you soon reach the Government of Spain", she has launched.

"They can try to find friction, of course, this is politics... divisions... We are not puzzles, we are pieces that make up this great family of the PP and you are going to be the president of the Government. Madrid is the rearguard. Madrid is the Spain with desire", has underlined.

Likewise, the regional leader has claimed that "Madrid is the Government, that all Spaniards are missing out until the PP returns to La Moncloa." "It will be your moment and you will have this team of taverns, these eager Spaniards at your beck and call, president. And finally, president, we are going to do it as we always do everything in this community, with desire. We are going to achieve it with We are going to win with desire, because we want to win", he concluded. 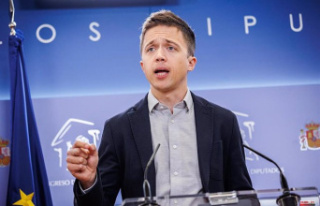