The conflict between Javier Tebas (left) and Luis Rubiales continues to escalate. 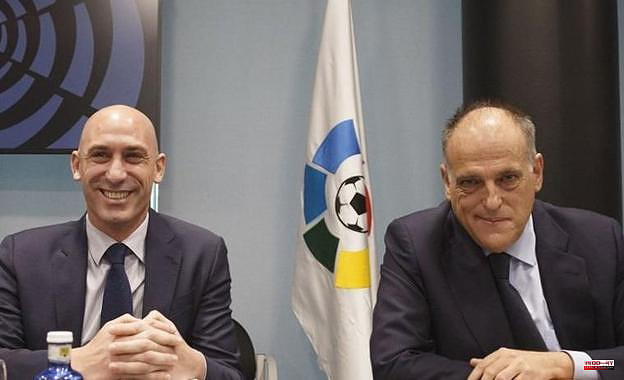 The conflict between Javier Tebas (left) and Luis Rubiales continues to escalate. This Wednesday, a new chapter was revealed with unknown characters in the personal struggle between presidents of LaLiga, the Spanish Football Federation, and Gerardo Gonzalez, who was secretary general at Angel Maria Villar. After revealing audios that Rubiales' president would have encouraged Rubiales, the top leader of Spanish Olympic Committee (COE), the FEF announced Wednesday that they are now studying the case against Tebas.

Tebas also accused Rubiales of sending a "false whistleblower" along to a meeting last Saturday to "record" Rubiales' reaction to his complaints. Tebas posted a reference to Rubiales on his social media networks: "This guy's obsession in spying on and recording everybody doesn't stop and has no limitations." The top LaLiga leader had previously responded to information from "Ok Diario", which was published on Wednesday. It stated that "Thebes" admitted knowing about Rubiales' punctures. Alejandro Blanco and him must be charged. Tebas wrote, "The headline is false... He was not the first nor will be the last."

FEF regrets that the president of an organisation that is part the federative system can plot in a plot to capture or advise - as he has himself acknowledged - federative employees with a search for a clear goal: "There are to kill Luis Rubiales, Alejandro Blanco'," highlighted the federative body. It expressed "deep concern about the relevance of these statements, in order to award the 2030 World Cup", which seeks to organise Spain and Portugal together.

"The FEF wishes to calmly convey to all soccer agents that it's time for unity, work, and the mind set to continue building the present and future Spanish football together," says Rubiales. The body, which was led by Rubiales reported to the Anti-Corruption prosecutor for irregularities in bringing the Spanish Super Cup from Spain to Saudi Arabia with Gerard Pique as a member of a commission. Gerard Pique is also accused of recording private conversations with government officials and spying on David Aganzo, the president of the AFE.

However, 'Okdiario" also accuses Tebas of spying on Rubiales and publishing alleged audios. "Javier Tebas knew all details about the illegal espionage on Luis Rubiales’ mobile phone." At one stage in this recording, an interlocutor assures that: "Here the object is to charge us with the Rubialismo Luis and Gerardo on the subject Cordoba. Alejandro Blanco can be included in the group. Do we kill ...?'. us both? Thebes replies, "Yes, yes." Let's just say that we must kill Luis Rubiales. This confirms that LaLiga's president was involved in the attempted civil death of the FEF president. "It is written in this medium."

1 European justice supports the liquidation Banco Popular... 2 The Court of Auditors approves of the expenses derived... 3 Andalusia will encourage direct assistance to the... 4 Batet will be notified by the PP that the control... 5 A man was held hostage in an attack against a doctor... 6 Fernando Mendez Leite, the new president of The Film... 7 One firm proposes that drones armed with Taser guns... 8 "I begged Jesus to save Blanca's life on... 9 <<Silk can reduce food waste and the use of... 10 Finally, the human genome will be complete. This will... 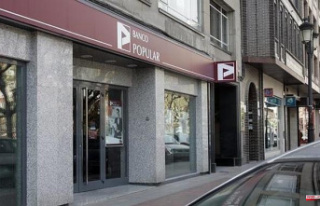