Farther, much faster and for longer: this is how the Hunga-Tonga tsunami reached the Canary Islands

A group of researchers, with the participation of the CSIC, has discovered the exact mechanism responsible for the exceptional tsunami that spread throughout the world earlier this year, following the powerful eruption of the Hunga Tonga-Hunga Ha'apai volcano on 15 January 2022. 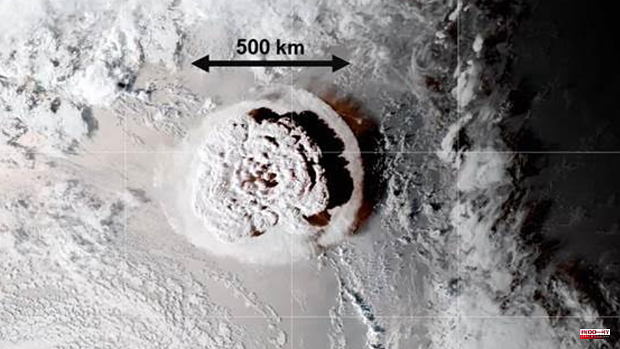 A group of researchers, with the participation of the CSIC, has discovered the exact mechanism responsible for the exceptional tsunami that spread throughout the world earlier this year, following the powerful eruption of the Hunga Tonga-Hunga Ha'apai volcano on 15 January 2022.

This has been explained, in a new article published in the journal Nature, by the international team that includes Pablo J. González, researcher from the IPNA-CSIC volcanology group in La Laguna, Tenerife. "The tsunami was caused by acoustic-gravitational waves generated during the powerful volcanic eruption, which spread through the atmosphere and disturbed the ocean surface, causing the tsunami," González pointed out. As these gravitational waves converged, a feedback phenomenon occurred that continuously pumped energy into the tsunami, causing the tsunami to get bigger, travel much farther, much faster, and for much longer.

In the study, the team estimates that the tsunami traveled 1.5 to 2.5 times faster than a "normal" tsunami that was triggered by an isolated disturbance of the sea surface caused by the volcano would. This ultra-fast tsunami was able to cross the Pacific, Atlantic and Indian oceans in less than 20 hours at speeds of about 1,000 km/h. A "normal" tsunami would not have reached the Canary Islands, but this one, caused by the propagation of atmospheric waves, spread from the Pacific to the Atlantic, reaching the Canary Islands faster than if it had had to surround South America, as a "normal" tsunami would have done. '" Gonzalez explained.

The force of what has so far been the largest volcanic eruption of the 21st century and the largest explosive eruption since the one that occurred at the Krakatoa volcano in 1883, has been equivalent to hundreds of times the power of the Hiroshima atomic bomb, registering a exceptionally fast tsunami around the world.

Volcanoes can produce tsunamis through earthquakes, caldera and flank collapses, pyroclastic flows, or submarine explosions, but they rarely displace enough water to trigger transoceanic tsunamis. However, violent volcanic explosions can cause global tsunamis by triggering acoustic-gravitational waves that excite the atmosphere-ocean interface. The colossal eruption of the Hunga Tonga-Hunga Ha'apai volcano was a case in point.

This tsunami has been a unique opportunity to investigate the role of air-water coupling processes in tsunami generation and propagation, mixing sea level, atmospheric and satellite data from around the world, numerical and analytical models, to demonstrate that this tsunami was driven by a constantly moving source in which gravitational-acoustic waves radiating from the eruption transfer energy to the ocean through resonance.

The calculation of the scope and speed of this tsunami has been made from artificial satellite data processed by the CSIC researcher, together with oceanographic and atmospheric data. The data made it possible to determine that the acoustic waves in the atmosphere and the tsunami were recorded simultaneously, with no apparent delay between the Pacific and Atlantic oceans. Once this fact was confirmed, they developed a numerical model that confirmed how this phenomenon was physically possible.

The scientific team has managed to show that the tsunami was driven by gravitational acoustic waves that were triggered by the eruptive explosion and that they traveled rapidly in the atmosphere and, in turn, continuously "pumped" energy into the ocean. The model derived by the rest of the scientific team supports the idea that the energy transfer to the ocean was caused by a phenomenon known as nonlinear resonance, in which gravitational acoustic waves in the atmosphere interact with the tsunami they are generating, and causes the tsunami to amplify.

The characteristics of this tsunami, its global reach and its impact in distant places was unexpected, González expresses in the article, and "should motivate us to redesign tsunami early warning systems, and include specific models for volcanic sources and the possible complex interactions with the ocean and the atmosphere.

1 US Envoy meets with Lebanese to discuss border dispute... 2 The PP formalizes in the Supreme its resignation to... 3 The suffocating heat continues in Madrid: it will... 4 The collaborative formula that strengthens the health... 5 Hawala, the shortcut with which the Russian oligarchs... 6 After arriving at the team facility, Lamar Jackson... 7 The Warriors graze the ring 8 Hair transplant in Madrid, how is it done and how... 9 How to subscribe to the bullfighting newsletter 'At... 10 Caracol, the fight for the survival of a Madrid music... 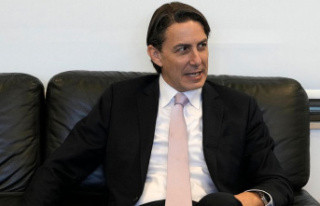 US Envoy meets with Lebanese to discuss border dispute...