Our columnist Mathieu Bock-Côté is currently staying in France, from where he observes French news from a Quebec perspective. 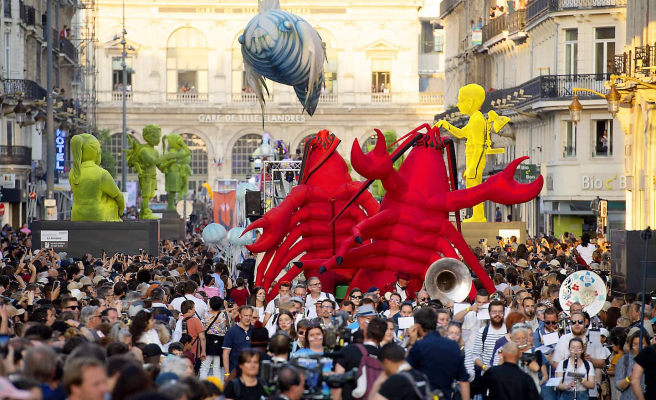 Our columnist Mathieu Bock-Côté is currently staying in France, from where he observes French news from a Quebec perspective.

At last ! The mask falls! Oh, of course, those nostalgic for the pandemic and other lovers of health measures, for whom life is a terrifying fatal disease, would have liked to keep it for one more season, and why not another, and yet another, until what they forget the shape of their own face!

This is what could be called health exhibitionism.

Fortunately, they lost this battle. What is a society freed from the mask?

I can testify to this, since in Paris, it's been a while since we've worn it. From tomorrow, moreover, we will not even have to wear it on public transport, that says it all.

But I return to my question: what is a society where the mask falls?

It is a society that first wonders what happened to it.

The men and women pass each other, then admit to each other that he probably should have fallen a long time ago.

Above all, they learn to touch each other again.

That is to say, they kiss each other without being afraid of contaminating themselves, they shake hands without mistrust, they find themselves in large numbers in a restaurant or in a room without feeling a powerful crisis of anxiety rising in them. 'anguish.

Even more: they tell themselves that if by misfortune they catch COVID, it will not be the end of the world.

It's a world where the news itself isn't devoured by COVID.

Yes, this world exists, it is mine every day of the week.

It will take many of us a few days to get used to it.

Many Quebecers, passing through Paris, wave to me as they get off the plane. They are always surprised, then charmed, by this life where health measures, overall, belong to the past.

And very quickly, they do like the Parisians and start living again. They enjoy their crowding in a restaurant or on a terrace, and like to tell anyone who wants to hear that our sanitary measures were somewhat exaggerated.

Transplanted in the space of a few hours from a society where covid anguish is everywhere to another where it has become clearly secondary, they touch each other and wonder how such a contrast can be possible.

It is a reconquest of everyday life.

Let us all understand each other: almost everyone agrees that at the start of the pandemic, it was necessary to take emergency measures. But everyone also agrees that a society cannot live in perpetual health exception.

I call it getting psychologically out of COVID. Each of us, on a daily basis, must make this effort.

But it is important that one day, the political power itself gives the signal that this page is turned, that the great crisis is over, that normal life has resumed its rights, that it is normal for boys and girls walk in the street two by two, and they kiss each other on leaving the terraces, in full view or in the shelter of a portico, as do free people who taste the delights of existence.

What has been agitating political France for a week? The search for the next prime minister. Everyone is watching for the moment when Emmanuel Macron will appoint him. We speculate about his identity. Will it be left-wing, as expected, or will it be centre-right, as is still possible? Will it be a man or a woman? What mission will we entrust to him? These questions are important, because we wonder what ideological orientation Emmanuel Macron will give to his five-year term. It remains uncertain at this time.

Henri Guaino is a respected intellectual associated with the Gaullist right. In 2007 he was adviser to Nicolas Sarkozy, when he won the presidential election. In the pages of Le Figaro, he published a large full-page article on Friday to warn states against the spiral of total war. He invites all countries to realize what a war between superpowers spilling over onto the European continent would mean.

Emmanuel Macron believes in European construction, and above all believes that Europe must be ever more integrated, ever more federated. He almost said it in these words on Monday during a major speech in Strasbourg, where he rallied to the principle of the European federal leap. This is not on the eve of being done, but a milestone has just been crossed. Thirteen countries immediately mobilized against this idea, recalling their attachment to their national sovereignty.

1 The value of green and sustainable bond issues almost... 2 The Swedish government party will declare this Sunday... 3 Ukraine denounces a Russian attack with white phosphorus... 4 Divide with the defense of French 5 The right that I hate 6 Beyond the "boys' club" 7 When May thinks it's July 8 The success of the greatest number 9 You and sports 10 Manuel Palencia, sailor on land 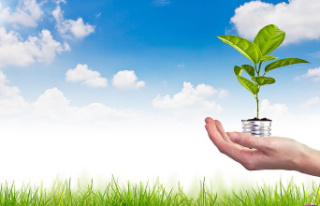 The value of green and sustainable bond issues almost...