Fan seriously injured in riots before football game in Nice

Sports Minister Amélie Oudéa-Castéra complained "that sport is being polluted in this way". 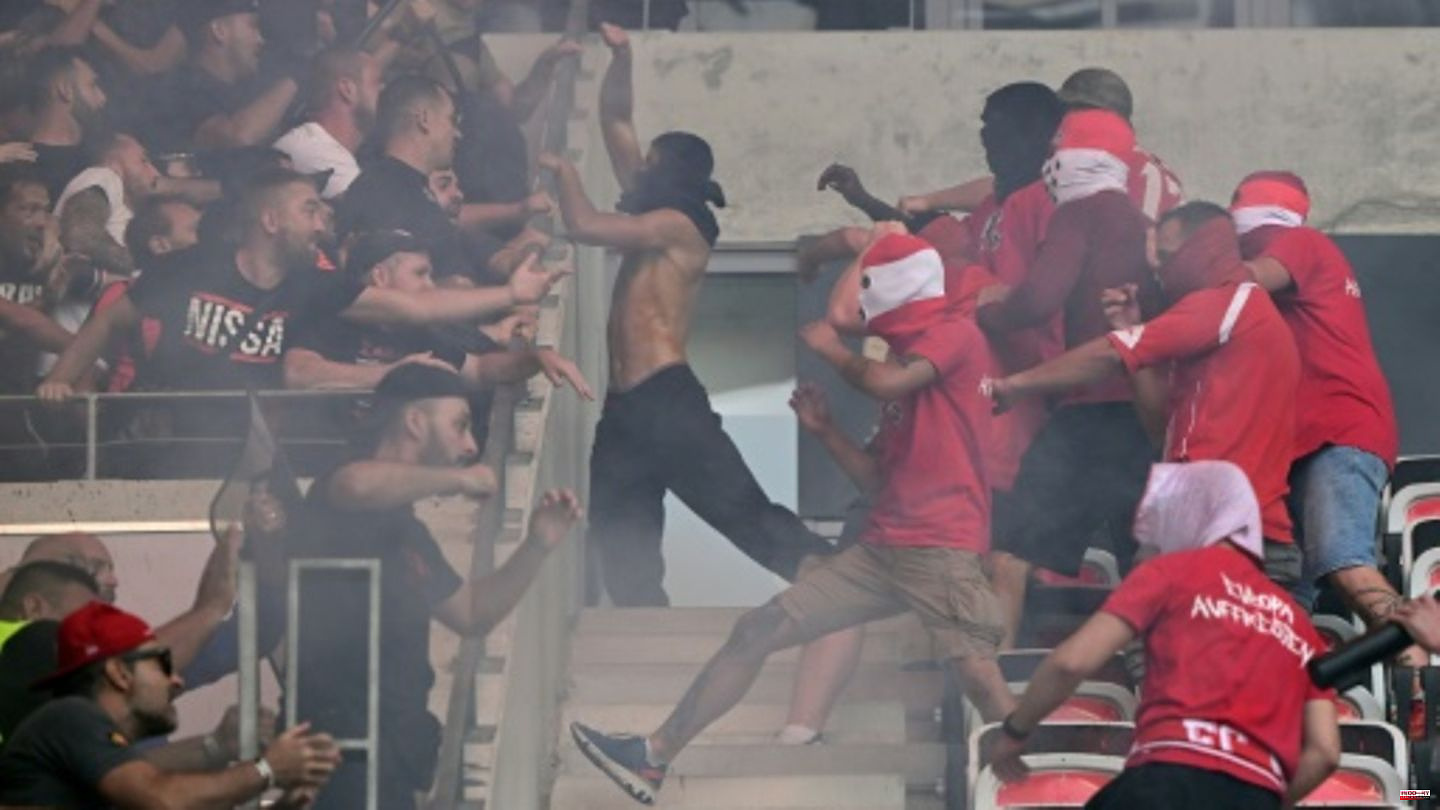 Sports Minister Amélie Oudéa-Castéra complained "that sport is being polluted in this way". It will soon no longer be possible "to go to the stadium with your children without any problems," she said in Paris.

Contrary to what was initially assumed, according to the French authorities, the injured man is not a German fan of 1.FC Köln, but a Frenchman. At first it was said that his life was in danger. That was no longer the case later in the evening, as the prefecture announced.

According to several sources, hooligans disguised as Cologne fans smuggled themselves into the guest block from Paris. At the beginning of the game, fans of the Parisian club PSG unfurled a banner in the stands with the German fans.

Before the game in the Conference League between 1.FC Cologne and the French club OGC Nice, there had been violent brawls. According to reporters from the AFP news agency, the riots began when a few hundred masked people from the guest block pushed their way onto an opposing grandstand.

Previously, German fans had already rioted in downtown Nice. The city wanted to have the damage compensated by the Cologne football club.

According to the prefecture, it was German fans who attacked first. "There were efforts on the part of the German fans outside the stadium to look for conflicts," says Benoît Huber, cabinet director of the prefect, of the AFP.

In an initial reaction, 1.FC Köln spoke of "violent riots between people from both fan camps" and condemned "any form of violence".

FC captain Jonas Hector addressed a few words to the fans in the stadium in an announcement. "We're really keen to play the game with you guys," he said. "We also want the game to happen, but we have to say we don't approve of that." He asked fans to keep their nerve and remain calm. The game could then take place with a delay of one hour, it ended 1-1.

1 British royal family: The world mourns the Queen 2 Contract until 2027: That's how much Graham Potter,... 3 "Horrible events": Cologne has to reckon... 4 Queen Elizabeth II: mourning among the European royal... 5 Book recommendations: Queen Elizabeth II: Seven books... 6 Stock exchange in Frankfurt: Dax starts again towards... 7 Breaking news: energy supplier VNG is applying for... 8 Queen Elizabeth II: Great Britain in mourning: the... 9 After the Queen's death: reorganization in the... 10 Person of the week: The double Friedrich Merz: What... 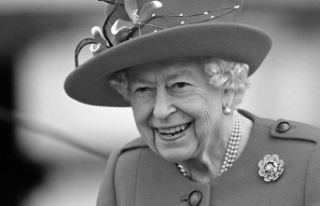